Does India need to be worried over Big Data influencing elections? 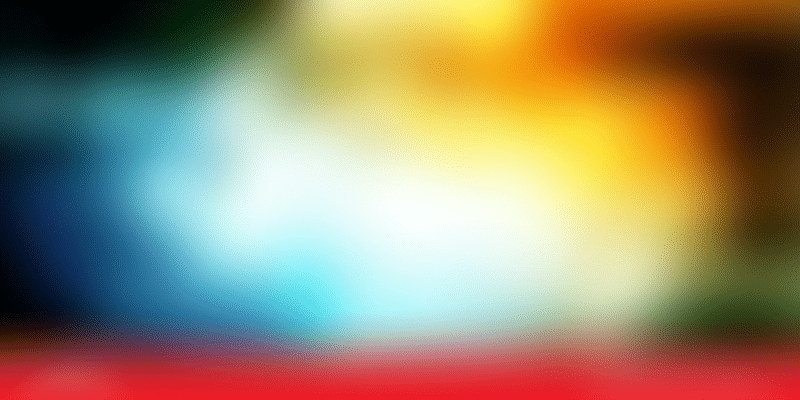 Recent events regarding data breaches have shaken the world, so much so that they have etched an indelible mark in history. So, does big data, the primary catalyst in these events, pose a threat?

"I spend most of my time assuming the world is not ready for the technology revolution that will be happening to it soon.”

Try wrapping your head around this mind-boggling fact Eric highlighted: every two days, the world creates as much data as it did from the dawn of civilisation up until 2003 - almost five exabytes.

But data by itself serves no purpose. It needs to be analysed, categorised, understood, and interpreted for it to be of any use to anyone. Having said that, it is this analysing, categorising, understanding and drawing interpretations that has landed some in a soup (think Facebook and Cambridge Analytica).

Cambridge Analytica and its alleged manipulation of electoral processes around the world puts the spotlight right on India, the world’s largest democracy, where general elections are due in a year. Questions have, obviously, been raised whether it can be done, has been done, and how can it be done.

Political analysts, however, say that despite how technologically advanced we are as a country, including its components being used in the elections like electronic voting machines, processes here are still old school and conventional.

Sriram Karri, a political analyst, novelist, columnist and author of the best-selling novel, Autobiography of a Mad Nation, told YourStory that the threat to democracy from technology is being overplayed at the moment.

He goes on to say that Big Data has been used in India to micromanage elections very professionally, and this will propel, but not compel, other parties to use it too.

"I don’t think so. Our candidates have a certain legacy hold over the constitution. What we possess is the ability to hold the fort with influence of money, liquor, religion or caste. Some of these might be easier using Big Data, thanks to its micro-targeting potential. I really think the Indian elections are too vast in complexity, confusing and chaotic, for a data monopoly like Facebook to figure out."

So, the big question is not whether data can be understood or misunderstood – it actually is how ‘analysed’ data can be presented to create public opinion, and even change behaviour. And as recent debates and testimonies point out it can, the obvious question is, who draws the line and where.

The large-scale usage of the internet, accelerated by smartphones, has led to a digital revolution of sorts. While it was consistently said data is the new oil, use of the former is posing as many risks to mankind as the latter. Digital traces are being imprinted, and each one of our lives carefully documented – from what toothpaste we prefer to what show we like on television, and what is our political and social ideology.

Companies have been collecting data for long now to understand user preferences and selections (how many of us have filled out feedback forms, and even participated in viewership surveys) to improve products and better serve customers, but data collection has gone beyond, and to the grey area when it comes to ethics.

Tom Goodwin, Head of Innovation at Zenith Media, wrote in his Forbes blog:

"We celebrate the size of big data when we should be excited only by the profoundness of decisions we can make with it. We overestimate the importance of what we know, rather than focus on what this data makes clear we don’t actually know. The more you know, the more you know you don’t know."

A history with Brexit

In June 2016, citizens in the United Kingdom voted 51.9 percent in favour of leaving the European Union (EU), thanks to the efforts of leave.eu. While British political consulting firm Cambridge Analytica, that collates mind data and offers analysis services with strategic communication, denied its involvement in Brexit, Brittany Kaiser, a former director at the firm, recently claimed it had pitched ‘a very detailed strategy’ to leave.eu on how it could use data and psychological profiling to micro-target people who are likely to support a Brexit in the referendum.

According to The Guardian, she said,

"The majority of the campaign that was undertaken by Cambridge Analytica was a pitch and a proposal. We put together a very detailed strategy on how they could match, combine and model data sets in order to find these target audiences to communicate to."

A few days ago, British lawmakers also produced proof that the Brexit campaign group leave.eu reaped votes with the help of contributions from Cambridge Analytica.

"We are thrilled that our revolutionary approach to data-driven communication has played such an integral part in President-elect Trump's extraordinary win," said Nix in a press release on the day the results were announced.

As Facebook Founder Mark Zuckerberg testified before a US Congressional Committee, questions the world over, as in India, are many. Satyakam Mohanty, Founder at Lymbyc, quotes the superhero movie Spiderman - with great power comes great responsibility. And this could not be more true when dealing with data.

"From the splitting of the atom, to big data of today, all articles of power are good or bad not in themselves, but in the hands of their wielders. The heart of the issue is not whether big data, or artificial intelligence or any of the new things that hold much promise for human progress, are bad; rather, at the core of what we are talking about are fundamental human values and rights and the laws and processes that protect them. If democracy is under threat, it is foremost so from not enforcing existing laws stringently and not bringing relevant new ones. Selective information/misinformation does not help either, for example, that ‘big data is bad for democracy’," he notes.

Nitin Deo, Director of Product Management at Teradata, says that any good thing becomes bad when overused. He adds,

"Big data is a good thing, running analytics on it is a good thing. But, when big data is ‘incomplete data’ and when analytics is ‘biased analysis’, it becomes bad. Still, it is not a threat to democracy as such. In fact, it could help democracy - provided data collection is uniformly done, samples are spread among all variables, unbiased analytics is run and conclusions are published by a credible source."

However, there are positives to big data too. An impressive way it is being used in India, the world’s largest democracy, for instance, is how the Prime Minister’s Office is utilising analytics to process citizen’s ideas and sentiments through mygov.in.