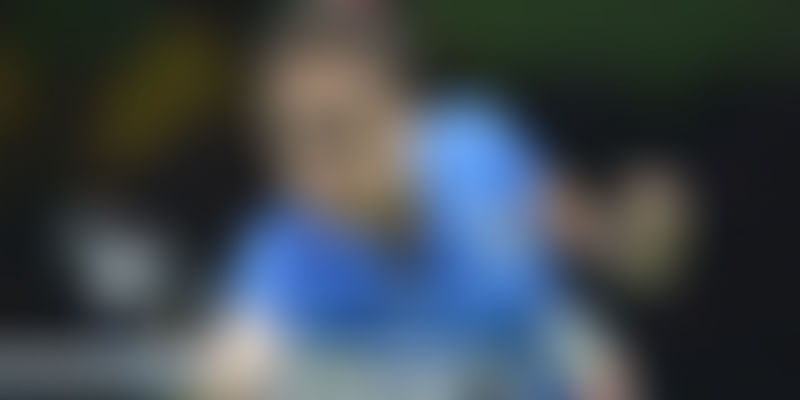 Manika Batra, world number 58 and India's number one, playing what she called “easily the best table tennis [I have] played in [my] life,” led India to a historic win against Singapore, a team that has not lost at the Commonwealth Games since 2002, in the finals, with a score of 3-1, thus clinching the coveted gold.

This is especially impressive considering that the Singaporean side has snagged every gold medal at the Commonwealth Games since the sport of table tennis was first added to their list of competitions, back in 2002 – taking their tally to four. The women had beaten England in the semi-finals 3-0 to reach the finals.

Her performance compensated for Madhurika Patkar’s straight-game loss to Singapore’s Mengyu Yu. However, Madhurika avenged her loss in the doubles’ contest, coupled with her teammate, Mouma Das, by snagging a 3-1 (11-7 11-6 8-11 11-7) win against Zhou and Mengyu Yu, to gain a 2-1 lead.

“I still don't know how I managed to pull it off [against world number four Feng Tianwei]. Easily the best table tennis I have played in my life... I have still not actually come to terms with what has actually happened but it wouldn't have been possible without the support of each and every member of the squad. Before the final, the coaches motivated us additionally and it played a huge role in what we achieved. All five of us were backing each other, not just over the last week but for the last 18 months or so that we have been training together. I feel Indian women's table tennis players will no longer be looked at as also-rans from now on. Beating Singapore is a huge achievement. I just hope I can continue in the same vein in the individuals,” she said in an interview to The Hindu.

“With this performance, not only have these five girls grown in stature, but they have also lifted the profile of Indian women's table tennis. They were so determined, so fearless. Manika, in fact, won 11 points in one of the games against Tianwein in 11 different ways. More than winning, what she would have learnt today is more than what she will in the coming 10 years,” said head coach Massimo Costantini to The Hindu in the same interview.

“We the coaches can strategise and motivate them but the manner in which the girls raised their bar and executed the plans was just incredible. Today's performance has definitely brought the Indian women's table tennis out of the shadows of men's. They will be taken very seriously wherever they play now on,” said coach Soumyadeep Roy.

This win takes India’s tally of Table Tennis Golds up to two – the only other one being brought home by the men in 2006.

“Just after the semi-final, we had a team meeting where Max (head coach Massimo Costantini) told us that beating England and making it to the final was nothing special. 'We are seeded second, so we have only achieved the bare-minimum target. Now is the time to achieve something extraordinary,' he told us. Even Roy da (coach Soumyadeep Roy) told us 'if you win silver, people will only congratulate you but if you pull off the gold, you will remain heroes all your life'. That kind of spurred us on, and as Mouma said, once Manika set the tone, we didn't want to let go of the golden opportunity and had to win the doubles. To conclude, only the three of us were inside the arena, but Pooja (Sahasrabudhe) and Sutirtha (Mukherjee) have played an equally important role in bringing the gold home. This is a result of team effort,” said Madhurika to The Hindu, as well.

This happens to be Pooja Sahasrabudhe and Sutirtha Mukherjee’s first ever Commonwealth Games.

“I have been playing the Commonwealth Games since 2002 and every time I have seen Singapore walking away with the gold medal without much resistance. To sing the national anthem and make every Indian proud because of our achievement is just impossible to describe. And a majority of the credit should go to Manika. The manner in which she set the tone in the final was just incredible,” added Mouma Das to The Hindu.