Yaantra refurbishes 50,000 mobiles every month, with an aim to make technology available for all 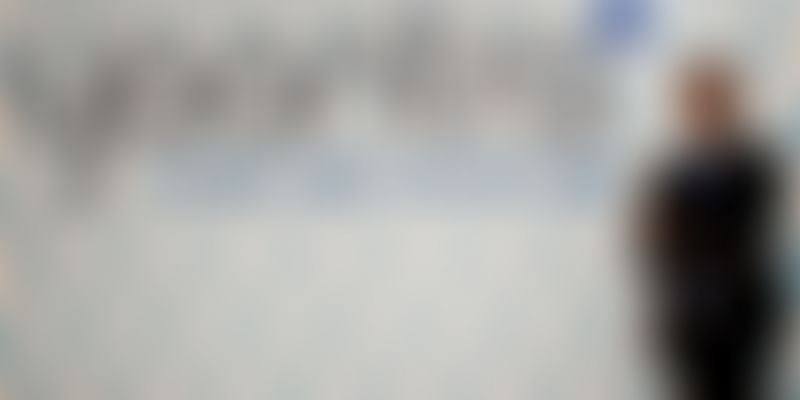 Founded in 2013 in Delhi, Yaantra is an online mobile phone store that offers repair, refurbishing and reselling services for smartphones.

The problem it solves: Makes resale and refurbishing of mobile phones easy

"When I gave my smartphone for repair, the experience I had was not up to my expectations. It got me thinking about how I could make repair services more effective, simplified, and professional," Jayant Jha says as he introduces his unique startup Yaantra.

Yaantra is an online mobile phone store that offers repairing, refurbishing and reselling services for smartphones. Founded in 2013 in Delhi, as a brand, its aim was to be a pioneer in the refurbished smartphones segment.

Currently it has self-ownedits own service centres in seven cities and is also available pan-India through its retail partners in over 250 cities.

With a growth of 600 percent year-on-year, Yaantra claims to have expanded its presence across India through a strong retail network as well as by growing its own capabilities.

Yaantra was founded by Ankit Saraf, Anmol Gupta and Jayant Jha in 2013. Jayant says the trio came together because they had a similar vision for Yaantra. Coming from an engineering background, the co-founders met while working with etechies.in.

Speaking of the beginning, Jayant says,

"It was started with the idea of making repair and resale of smartphones easy and effective for everyone. We worked around the idea of making technology affordable and accessible for all. Today, India is one of the fastest growing markets for smartphone usage. Until recently, the market was fragmented and unorganised. People were getting their mobile phones repaired in unauthorised repair stores with no guarantee against further damage. There was also no trusted platform for pre-owned mobile phone resale. We have managed to converge all these services into an organised platform with Yaantra."

Jayant claims that Yaantra started with an annual track of repair and refurbishing of approximately 8,000 smartphones that has today, grown to an average of 50,000 mobile phones per month. The key factor in its success, according to him, has been the brand's attention to creating trust through quality, with a self-developed standard process of 36 quality check points, as well as a minimum of six months warranty on all resold products.

Apart from the standard pick-up and drop facility, Yaantra also offers repair services at your doorstep. There isIt also has a mobile unit for minor repairs.

Yaantra’s advantage lies in the large scale inflow and outflow of refurbished gadgets. This also helps it champion the cause of reduction of e-waste which is a serious issue in the country right now.

Yaantra acquired its initial set of customers through targeted marketing and lead generation platforms. It partnered up with platforms where customers look on the web for companies who can help them with specific work, and later word-of-mouth helped. Jayant says that it has acquired over 20 percent of its customers through referrals.

On the opening day, Yaantra only had four customers, and six months into the business, its growth has increased up to 600 percent per month.

While scaling up at this speed was definitely a challenge, Jayant says they were were fortunate to receive support from the Indian Angels Network (IAN) in their its first round of funding. They are also supported by and guided by Carpediem Capital and Duane Park.

"We are glad these companies shared our vision and saw the potential of the market, even though there portals on the same line operating from Bengaluru, along with the the popular Olx and eBay," he says.

The unique selling point of Yaantra as Jayant puts it, is making repair and resale services hassle-free. The company has on board Mr. Vinod Sawhny as senior advisor adviser who has vast experience in firms like Airtel, Spice Telecom, and Reliance Communications.

"We recently launched a campaign in Delhi-NCR, Bengaluru, Pune, and Chennai for on-demand repair services at the customers’ doorstep. Such services differentiate us from our competitors and help us remain one step ahead in an ever evolving market."

Team Yaantra has raised a funding of $3.1 million in its fourth and recent round of funding from its existing investors - private equity fund Carpediem Capital and Duane Park. With this round of funding, the company has, till date, raised a total of $10 million. Yaantra raised its previous rounds of funding from Carpedium Capital.

"The majority of the capital will be deployed to enhance our ecommerce platform and improve its technical capabilities as we intend to bring in more Yaantra-certified retailers. A part of the funds will also be used to expand our geographical presence," he adds.

Focus on quality and partnerships

The trio started Yaantra when they were all just 23 years old.

"Today as we celebrate our fifth anniversary, I can look back at the many hurdles we faced like generating proper cash flow, getting the right talent, resources, ability to manage the business operations, scaling the business and other unforeseen circumstances. But what I can proudly say is that we still learn as we grow and don't intend to give up."

He believes there is no substitute for hard work and they have focussed equally on building B2B partnerships along with building the brand.

"We also acknowledged our mistakes early on and were able to course correct within a short span of time. Our vision for the future is to emerge as an ecosystem of trusted experts for the lifecycle of a smart device," he concludes.