Organised by Confederation of Women Entrepreneurs (COWE), the campaign has created an Asian record with over 100 women making elevator pitches at an event. The non-profit also launched a management planner showcasing stories of the 100+ inspirational women.

Womennovator 100 Women Faces 2018, in association with Confederation of Women Entrepreneurs (COWE), has launched a campaign to cover inspirational women and their stories of triumph, trials, and tribulations. The campaign has created an Asia Record for “Maximum Women Changemakers giving elevator pitches on Event Day”, a feat that will be recorded in Asia Book of Records.

Launched in 2004, COWE is a non-profit organisation that helps women-owned businesses succeed in global value chains, and has a presence across 10 states in India. In the last decade, COWE has emerged as one of the leading organisations working towards the goal of liberating women by making them financially independent and vibrant. The initiative not only aims to felicitate women changemakers, but also focuses on providing the right exposure and handholding. It aims to empower them by connecting them with relevant influencers, mentors, crowdfunding, investor connects and others.

Tripti Singhal, Chairperson of COWE - Delhi Chapter of COWE, says, “Wommenovator was never about awards. It was about acceleration of women entrepreneurs. It was about telling women changemakers that whatever you are doing, if you share it with 100 other women things become very easy.”

COWE felicitated 103 women innovators, who are working towards bringing in disruption in sectors like agriculture, social entrepreneurship, art, business and others. The 100+ women took to stage and each wrapped up their journey in a one-minute snippet, creating the “maximum women changemakers giving elevator pitches on event day” record.

On entering the Asia Book of Records, Tripti added, “Nobody till now had more than 50 women innovators pitching at an event. So we have created the Asian record today.”

To take the inspirational stories far and wide, COWE plans to make the over 100 inspiring stories part of an online and print publication/management planner comprising short snippets of the 103 felicitated women and over 30 influencers. These planners will be distributed across ministries, embassies, banks, private and public companies, and financial institutions.

However, the whole initiative of choosing over 100 women faces from across the nation would not have been possible if not for the large pool of mentors and eminent jury members for the campaign. Though the 103 women were felicitated for creating ripples in their field of work, most of them lacked a medium to get their story out to the world and inspire future generations.

The initiative’s mentors and influencers aim to bridge this gap by handholding these women in critical issues like funding and scaling.

A discussion on government schemes provided by different ministries for women entrepreneurs was also organised at the event to spread awareness about the opportunities available.

Pinky Maheshwari, one of the chosen women, said: “It is a beautiful platform that has helped me in scaling my venture and connected me with many people and fellow entrepreneurs, opening up a plethora of opportunities. And I believe startups like ours, just need such exposure. My elevator pitch was highly appreciated. After receiving my 100 Women Faces award, we soon started receiving bulk orders for seed paper journals and 2019 calendars.”

Pinky is the founder of Surprise Someone, a startup that is into eco-friendly gifting items. The USP of the products are that they are made of recyclable paper; it also offers items made of seeded paper so that even when you trash a Surprise Someone product, it doesn’t harm the environment. In fact, it leads to a new tree.

Visit the Wommenovator FB page to know about the winners 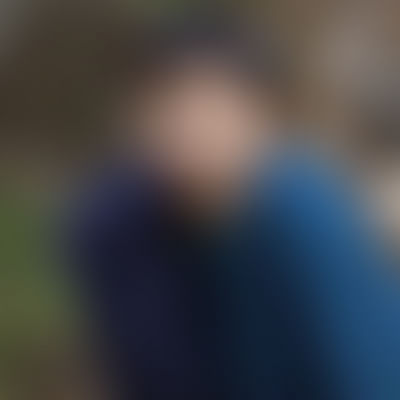