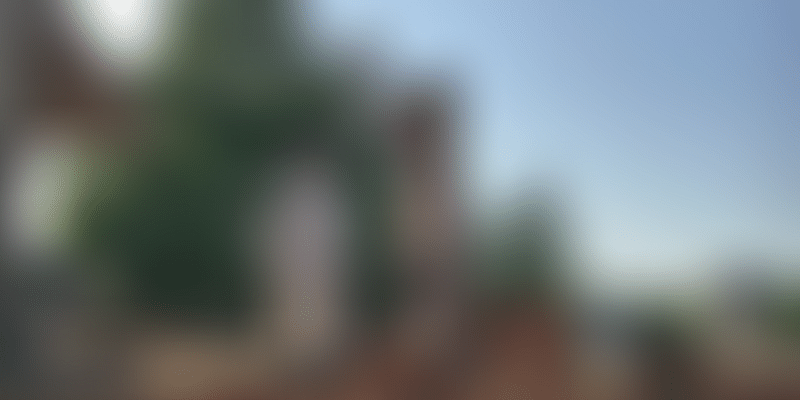 On the lanes of this Punjab village, people from different religious backgrounds share an unusual bond. Most of the festivals and village celebrations in the village has helped bring together people from different religions. However, while most of the Hindus and Sikhs had their own temple and gurudwara in the village, the Muslim population of the Moom village of Barnala district had no such space for worship.

When one Nazim Raja Khan raised this observation in his own community of 400 people, there was an enthusiastic response for the erection of a mosque, but, alas, they did not have the finances nor the land to do it. Most of the Muslim families earned their living through unskilled jobs and casual construction work, while the majority of Hindus and Sikh are well-off.

Nazim then took the request to nearby temple administrators and asked them if they can allot some space for the Muslims to pray. A week later, he had an answer. The temple management had decided to hand over nearly 900 sqft (83 sq m) of vacant land next to their temple, says a BBC report. Nazim said,

I was ecstatic. I just couldn't find the words to express my gratitude.

Today, the mosque is almost ready to host the localities, and the efforts of the village and especially the Sikh community, which contributed funds towards building it, is noteworthy. The 300-year-old Moom village is a standing example of what communities that are not divided by religion can bring about, said The Better India. The villagers sometimes visit each other's holy places and most often end up celebrating the festivals together.

Also read: How this Hindu family is feeding Muslim fakirs during Durga Puja, for the last 200 years

Another villager, Bharat Ram, said, "We're fortunate we haven't had political leaders who could polarise us or create the divide between communities. There is a sense of brotherhood among the people of this village, something we have had since ancient times, and it meant that we quickly decided to give land for the mosque."