'I want women to respect themselves and be respected by others', says actor Rasika Dugal 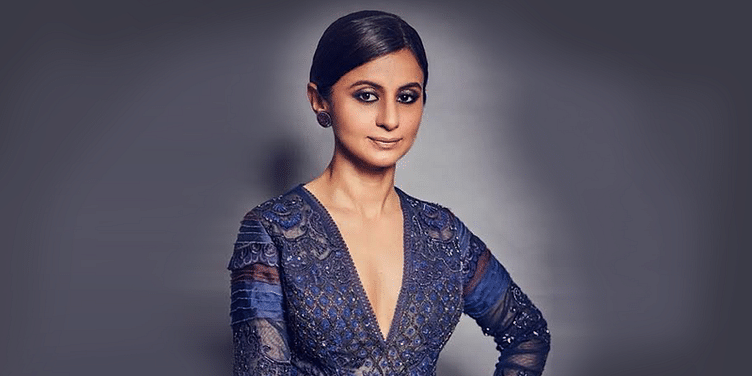 Actor Rasika Dugal recollects her historic moment at the Cannes red carpet where she spoke up for gender equality, and about her upcoming movie Manto.

“It was a historic movement. It was beautiful and moving, powerful and strong,” says Rasika Dugal, one of the 82 women to be a part of the historic walk down the red carpet at Cannes earlier this month as a protest against gender inequality at the festival, and in the film industry at large.

Her movie Manto, directed by Nandita Das where she plays the lead, was premiered at Cannes in the Un Certain Regard section. YourStory spoke to the actor about being part of a historic moment, Manto, how she connects with her character, and what really drives her as an artist:

“There were 82 of us and we walked in groups of ten holding hands and walking up the first few steps of the Palace of Festivals.

We paused at the landing of the Palais des Festival and there was a very powerful and moving speech. There were women from across the world, and I was holding the hand of Patty Jenkins, director of Wonder Woman, and next to her was Salma Hayek. As we walked, we had an understanding of what we have gone through to be who we are, and what we do. There were many women who were moved to tears because it was such a powerful moment,” recounts Rasika.

She reveals it took months of planning to execute this march at Cannes, and it was her director Nandita who extended the invitation to Rasika.

Speaking about some of the issues and challenges that women face and movements like #MeToo, which shed light on abuse, sexism and harassment, Rasika believes that while so many people have spoken up, the change is going to be slow paced. According to her, what makes the fight tough is the baggage of thought people carry from being raised in a patriarchal society, and things that get brushed under the carpet or simply ignored because they are subtle and easy to brush it off.

Rasika, who went to FTII to study acting and theatre, made her first onscreen appearance in 2007 in the film Anwar. Other movies she has worked in is Tahaan, Kahay and Qissa. She has also done a few popular web series such as TVF’s Permanent Roommates and Humorously Yours and actively pursued theatre. She was part of popular plays such as Vagina Monologues and Dastangoi.

Manto is her first lead role in a Hindi film and not the usual run-off-the-mill movie. Rasika, who has been paired with Nawazuddin Siddiqui in the movie, plays Safiyah Manto, the wife of the great playwright, essayist, short story writer and novelist who was known for his writings because he didn’t shy away from saying what he wanted to say.

“The film is very important in today’s time given that free speech is threatened at many levels, and Manto and his defence of freedom of speech which he struggled so hard to keep his entire life was probably one of the reasons for his downfall later in his life,” she says.

“I have enjoyed reading Manto for he did not mince his words and clearly articulated his thoughts. I wish we practiced that enough in our life because to live with fearlessness and accept what comes with it is my biggest takeaway from the movie.”

But she also says it is important to understand that people need to have a choice in life - both to speak up and to remain silent. “I feel as much as speaking out against something is respected, so must the not speaking out be, because I feel there is a lot of strength and dignity in silence. I am saying that we should strive for a situation where there is space for choice whether people choose to speak out or not.”

Rasika understands Safiyah and Manto at a fundamental level, since her own family was displaced during partition. “After watching the film I also feel that it is a simple movie about a man who lived through the partition, saw displacement and at close quarters witnessed what partition could do to people. How people construed, remembered and perceived the same events. Like my grandparents had two different sets of stories to share. They both had constructed different stories around the same event to deal with their grief.”

All that matters is passion

Whether it is failure, or long bouts of not having work, being an actor and artist is not easy. Sometimes, there are months without work, and dealing with the ups and downs is a challenge. While she turns to her friends to constitute her support system, she feels that the passion of her work keeps her going. “I am able to look at the rejection and I am able to deal with it eventually because it is part of what I do. My craft is very important to me and all that comes with it I embrace it.”

She is currently working on three web series, and is looking forward to the release of Manto and Haamid, which is set in Kashmir. She feels her best work to date has been Qissa. “The time when it came was crucial as it had been a while since I had got some work, but it was also special in others ways for me and I feel when I looked back at it two years ago, it was my best piece of work till then.”

In lighter vein, she says she would love to sing and be a singer, but the bathroom is her stage. As someone who has a penchant for the arts, she loves reading Urdu and Punjabi poetry. Most of her favourite work is around the partition and at my insistence, she recites a few couplets from a poem Aj Aakhan Waris Shah by Amrita Pritam, her favourite writer. And it goes like this:

Rasika translates from Punjabi, “The author implores Waris Shah (author of Heer Ranjha, the epic love story) to speak from his grave. Today, Waris Shah you have opened another chapter in the book of love. When one daughter (Heer) cried, you wrote so many pages and when we all are crying, you are silent. We all are telling you please wake up as Punjab is full of blood.”

Rasika describes that the poet refers to partition and the dishonouring of women during the partition.

On that emotional note, Rasika signs off saying the one major change she wants to see for women is “that women learn to respect themselves and be respected by others.”