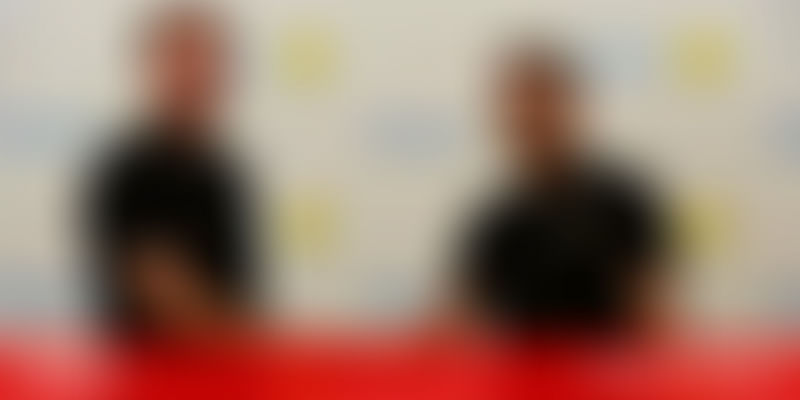 It is finally official - India's ecommerce market leader Flipkart is now a subsidiary of US retail major Walmart. Capping months of frantic speculation, Walmart announced it has acquired a 77 percent stake in Flipkart and spent about $16 billion to acquire the stake. Of this, $2 billion is the actual investment in the company. Co-founder and Group CEO Binny Bansal will stay on while Sachin Bansal will exit. Also, investor SoftBank has completely exited the company, selling its 20-percent stake in the company for $4 billion.

SoftBank CEO Masayoshi Sen let the cat out of the bag at the firm's earnings call, and confirmed Walmart is acquiring majority stake in Flipkart. SoftBank has sold its entire over 20 percent stake in the company for $4 billion. It had acquired that stake for an investment of $2.5 billion last year.

With the Flipkart-Walmart deal finally sealed, Flipkart Co-founder and Executive Chairman Sachin Bansal will leave the company, selling his 5.5 percent stake for a reported $800 million-$1 billion. His Co-founder Binny Bansal, now Flipkart Group CEO, has decided to stay on, along with the current Flipkart CEO Kalyan Krishnamurthy.

Indian tax officials will closely scrutinise the $16-billion deal between Walmart and Flipkart to ensure it doesn’t evade local tax rules. With Walmart’s majority stake buyout of the ecommerce major, tax experts say the transaction between the two overseas companies would be subject to capital gains tax in India, and are keenly watching how the deal will be structured. While Flipkart is owned by its parent entity that is incorporated in Singapore, Walmart is a US-based company. Flipkart’s assets and businesses, however, reside in India.

Amazon India has secured a fund infusion of Rs 2,600 crore from its Singapore-based group entity Amazon Corporate Holdings Private Limited and Mauritius based Amazon.com.incs Limited, filings with Registrar of Companies showed. Amazon India issued 260 crore equity shares having a face value of Rs 10 each to both the above mentioned companies. The filings revealed the fund infusion took place on April 26, 2018 – a time when both Walmart and Amazon were reportedly in a race to buy Flipkart.

Freshworks announced the opening of a new data centre in Mumbai for its cloud-based customer engagement software product, Freshdesk. The Chennai-based company said the data centre would provide additional security for its Indian customers. This is the company’s fifth data centre globally, and second in the APAC region. The other locations are Virginia in the US, Dublin in Ireland, Frankfurt in Germany, and Sydney in Australia.

Bengaluru-based artificial intelligence startup Avaamo announced it has raised a $14.2 million Series-A financing round led by Intel Capital, with additional investment from Ericsson Ventures, Mahindra Partners, Wipro Ventures and WI Harper. This round takes the company's total fundraising to $23.5 million to date.

Mumbai-based i3systems announced it has raised a $1-million investment from impact venture fund Unitus Ventures. Further, angel investors Behram Vakil, Founding Partner of AZB Partners and Jerxis Vandrevala, Founder of Sanchez Computers Inc. and Zenta also participated in this investment round. According to the company, the investment will be used to grow its data team, and deepen and develop technology.

Popular social media platform Instagram has launched a new set of features for business profiles on its platform. Starting from Wednesday, businesses will have a better way to manage their messages and will be able to view important new customer messages in the main direct inbox, instead of the pending folder.

In the largest such restructuring in its history, Facebook announced a slew of personnel changes at the social media giant. Under the new setup, three distinct teams will report into CEO Mark Zuckerberg – apps under Chris Cox, platforms and infrastructure under CTO Mike Schroepfer, and central product services under VP of Growth Javier Olivan. Facebook’s Board of Directors also saw some change, with Cranemere Group CEO Jeff Zients replacing WhatsApp Co-founder Jan Koum who left recently.

Google’s annual developer conference – Google I/O – kicked off at Mountain View, California, with plenty of announcements and reveals on Day 1. These included a more detailed look at Android P, Google’s upcoming update to its Android mobile OS, a slew of changes to give Google Assistant better integration and capabilities, and several updates to many members of Google’s app family.