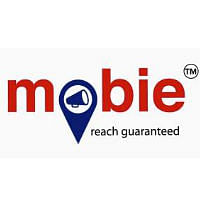 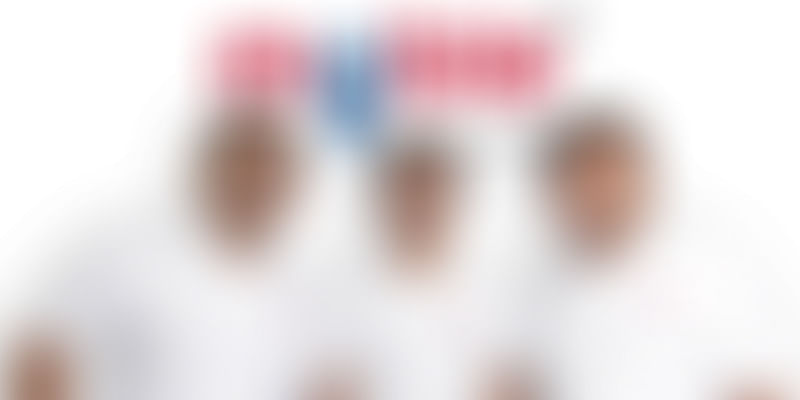 Sangeetha, a 45-year-old homemaker in Chennai, is out for her weekly shopping at the local market, which is 15 minutes away by autorickshaw. During her commute, a screen in her autorickshaw comes alive with a message about a newly-opened store, Desi Super Market, in Mylapore. She decides to head over there instead of her initial destination, and has an extremely pleasant experience shopping. She even gets benefits and rewards for her next visit. In a single shot, the store has got itself a loyal customer who will play a key role in word-of-mouth endorsement, increased the prospect of footfalls in the near future, and created good brand recall.

Like Sangeetha, there are a number of people who kill time on their commute by staring at their phone screens or looking out of the window. What if there was a way in which contextual and localised messaging on products and services could be made available to these people in real-time, at a fraction of the cost that it would take to advertise on TV and in newspapers? This is where hyperlocal advertising service providers like Mobie are making a difference.

Started in February 2015, by technology enthusiast S. Sivakumar, who is now the company’s Chief Technology Officer (CTO), and serial entrepreneur Swathirekha, under the aegis of Genie Transvisions Private Limited, today Chennai-based Mobie is one of the largest digital automobile advertising companies in India, with close to 550 digital screens placed inside autorickshaws in Chennai. Via these GPS-enabled screens, the company delivers location-based advertisements (LBAs) and even specific time-based advertisements (for example, a restaurant would want to broadcast ads only around lunch or dinner time.)

According to the founders, Mobie was the first-of its-kind to introduce this service on such a large scale, even before Ola introduced its in-vehicle entertainment system Ola Play.

The company’s CEO, Kamalesh Babu, who was previously with Hindustan Unilever Limited as Head of Emerging Channels for Pure IT in India, says, “Small businesses find it difficult to acquire more new customers and advertise to a targeted group of customers in the vicinity at an affordable budget. For them, advertising on print or TV would be a waste of money since their operations are only in select areas. We found that the right way to reach out to people within the vicinity by focussing on commuting population. We found that autorickshaws were among the most often-used means of public transport in Chennai, with over 82,700autorickshaws plying on its roads. It is undoubtedly the best mode of transport for shorter distances. We decided to install specially-designed durable LCD screens inside the autorickshaws which is programmed to display advertisements pertaining for the relevant location,” he says.

Kamalesh goes on to add, “Our vision is to become India’s go-to destination when it comes to hyperlocal advertising solutions. While LBA in autos is one of our products, we are working on multiple technologies to connect with the commuting population in a cost-effective and sustainable manner. Our next target is to reach out to commuters in public transport on their mobile phones in a non-invasive way that focuses on better call to action.”

The company is closely working on integrating blockchain technology to develop future solutions, which can act as a breakthrough for advertisers and content creators.

One of their existing solutions is Mobie-HD, an in-vehicle entertainment solution with integrated LCD screens placed inside autorickshaws and cabs to deliver hyperlocal advertising and entertainment content to passengers. These include ads and video on demand. They’re also working on an app, and once the Mobie-App is launched, a commuter’s mobile phone can be converted into a remote for this service.

The capex of screens and other ancillary parts are owned by the company, while the owner of the vehicle in which the screen is installed gets monthly fees to maintain the device. Their primary source of income is advertisement revenue, and they also create advertisement content for small and medium enterprises.

The software is entirely developed in-house, while the hardware used in the vehicles is custom manufactured for the company and assembled by an in-house team. Activities like maintenance of hardware and fleet management are handled by employees.

Unlike other hyperlocal OOH (out-of-home)ad service providers, Mobie provides high definition audio-visual ads to a captive audience travelling in autos, which can be programmed to be played only in certain predetermined localities at predetermined times, and only when the vehicle is moving.

Apart from this, they also provide real-time tracking of advertisements being broadcast, based on vehicular movement. “We have real-time information on the vehicular movement for all our Mobie HD screen-fitted autorickshaws. This enables us to understand the traffic in key retail markets at key times. We use this intelligence to deploy our advertisements effectively,” says the CEO.

While hyperlocal advertising is an effective medium to reach targeted customers, Kamalesh says one of their key challenges has been to change the mindset of advertisers, who tend to compare the medium with print and TV. “We were able to overcome this through demos in our autos. We have seen advertisers completely getting convinced, once they experience our product.”

Till date, the company has successfully serviced 245 requests from more than 125 clients. With the existing fleet and sales force, the company’s operations turned cash positive from February 2018. “We have grown by 133 percent in 2017, led by client acquisition,” says Kamalesh.

Mobie’s clientele includes SMEs and big corporates across industries like hospitals, apparel stores, jewellers, FMCGs, banks, financial institutions, and insurance companies. Mobie has found a fan in the entertainment industry, which considers it an approved medium to advertise trailers and songs from forthcoming releases. In fact, says Kamalesh, it is becoming almost customary for any good budget movie to use Mobie as a medium to reach viewers.

The company is currently bootstrapped and funded by promoters to the tune of close to $1 million. Based on an expansion plan strategised by the company’s board, the company is now looking to raise funding of $10 million in 18 months from VCs and PEs.

Having set its sight on becoming the world’s biggest hyperlocal advertising company, and reaching out to 1 billion people across five cities in the next three years, Mobie is now planning to start operations in cities like Hyderabad, Bangalore, Delhi, Mumbai, and Kolkata. In the future, they have plans to operate in the international market, within cities like Dubai, Singapore, Jakarta, Tokyo, Moscow, and San Francisco. On the anvil is a beacon-based solution to increase footfalls for businesses in malls. They are working on the technology and a pilot is likely to be rolled out by the end of June, says Kamalesh.