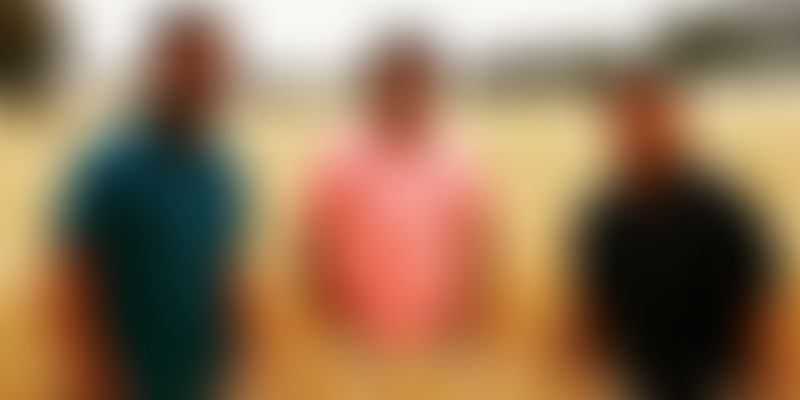 Bengaluru, Mumbai and Hyderabad may attract youngsters in droves for better job opportunities, but here are some entrepreneurs who have found their calling and niche in the smaller towns and cities of India.

It’s a typical Indian phenomenon for a starry-eyed youngster from a small town who wants to pursue his dream to be advised to move to big cities. But startups founders are known for disrupting the status quo. It is, therefore, no wonder that they are setting the example of reverse migration.

Many founders have bucked the trend of farmers migrating from villages to cities, by quitting their high paying jobs and cushy city lifestyle to move to smaller cities and towns. And the highly educated founders of these startups, especially in the agritech sector, have not just put in their money, but have also cemented their dedication to the hinterlands by uprooting themselves and settling in small cities and towns.

One such set of founders are from Indore-based Gramophone. The agri startup was founded by Tauseef Khan, Nishant Mahatre, Harshit Gupta and Ashish Rajan Singh. Tauseef and Ashish quit their jobs in Bengaluru and moved to Indore, and Mumbai-based Nishant and Harshit did the same as well, to start their entrepreneurial journey. Gramophone helps make farming more predictable and profitable for farmers.

On the reasons for moving to a new, smaller city, Tauseef said, “We wanted to connect to the grassroots. Geographically, Indore is centrally located in the country. Also, Madhya Pradesh has very good agriculture growth and farmers here have relatively large fields compared to other states. We also work on cash crops and the regions around Indore form the cash-crop belt.” These reasons made sense for the founders to shift base to a smaller city.

But smaller cities have their own drawbacks as well. On the challenges faced by his startup, Tauseef said, “Apart from government and regulatory challenges, one has to deal with issues like hiring the right people and talent and operating from remote places. The issue of getting acclimatised to new place is also a challenge.”

Mumbai-based Rajendra Lora, an alumnus of IIIT Jabalpur and CEO of agritech startup Freshokartz, packed his bags and left for his native state of Rajasthan. Prior to launching his startup in Jaipur, he was working in an e-commerce company in Mumbai, but decided to swap the glitzy big-city life for the heat and dust of farm fields in Rajasthan.

Rajendra said, “Of course I miss the life of Mumbai. Jaipur is relatively calmer and you would not see the hustle-bustle of a large city here. But we source fresh farm products from farmer and it made a sense for me to establish my business here. The farms are close to the city. But in Mumbai, one would travel miles to contact a farmer. Apart from business sense, for a startup like us, Jaipur provides a much more conducive environment as far as cost of operations is concerned.”

Take the case of Daily2Home, an Agra-based startup that delivers fresh fruit and vegetables. Its co-founder and CEO, Atul Chauhan, also an alumni of IIM Ahmedabad, quit his job at Gati Limited, New Delhi, and shifted to Agra to chase his dream.

Atul said, “I was thinking of starting something on my own when I was working in Gati. I was working in cold chain logistics and I knew about the $200-billion fruit and vegetables industry. I saw the potential of some 40 Tier II cities having a population of one to five million each. In agri products like fruit and vegetables, the market is where the population is. Moving to Agra, therefore, was a smart business decision for me.”

Rohan Kulkarni launched Freshboxx Ventures (a supply chain e-commerce startup) in 2015 in Hubli, Karnataka, after working in Bengaluru at MCX Stock Exchange. Rohan believes that Hubli is going to be the next big market with Infosys and other IT companies setting up their campuses there. Recently, the firm also raised an undisclosed amount from Sandbox Startups of the Deshpande Foundation.

Taranjeet Singh Bhamra, alumnus of IIT Kharagpur and IIM Calcutta, and the co-founder of agricultural analytics startup AgNext Technologies, moved back to Chandigarh after working abroad for a couple of years. He cited the reason of proximity to progressive farmers, access to agricultural talent and having a better quality of life in a non-metro city as some of the factors to start operations in Chandigarh in 2015. Recently, AgNext raised an undisclosed amount of funds in a round led by social impact firm Omnivore. The firm has now offices in different cities across India and is opening a new office in Singapore in its attempt to go global.

Similarly, Patna-based DeHaat, which brings all agriculture-related offerings for small farmers, was set up in 2013 after its founders moved from their respective locations like Gurugram and Kolkata and other places to Patna.

Shashank Kumar, Co-founder and CEO, DeHaat, said, “A major reason to move to Bihar was because this geographic belt is very fertile and well-irrigated and we wanted to work amongst farmers. The area gives options to grow different crops. We also have big markets on both side – Kolkata on the East and Delhi in the North.”

However, moving to smaller cities comes with its own set of challenges. From finding the right talent, to getting connected with investors, the startup ecosystem is conspicuous by its absence in these areas. In such a circumstance, it may be hard to find the motivation to keep going.

Shashank said, “Starting from availability of sector statistics and initial hiccups of getting proper accommodation and adjusting to different food, to larger problems like recruiting right talent and retaining them, the challenges are aplenty. Meeting buyers and investors – where the overall turnaround time is relatively high, a limited number of like-minded people around you and an overall absence of a healthy startup ecosystem are other challenges that one would face.”

But overcoming them is also easy if one has the determination to do it. Shashank said, “We started making friends with like-minded people who would keep us enthused about our project. We created our own comfort zone. Within a year-and-a-half, we formed our own founding team of five to six people. We stay together and after office hours, we spend time with each other. We also try to create a startup ecosystem here by interacting and inspiring other aspiring entrepreneurs in the town”.

On the opportunities Tier-II and III cities present, Vikram Gupta, Founder and Managing Partner, IvyCap Ventures, said, “Tier II cities and markets are under-served now. So any startup setting up operations will have lesser competition. If they are able to build unique businesses there, they will be the only ones standing there. But they can’t be focussing only on one Tier-II market. Eventually, they will have to scale up their operations across other Tier-II cities and towns as well to grow and be profitable.”