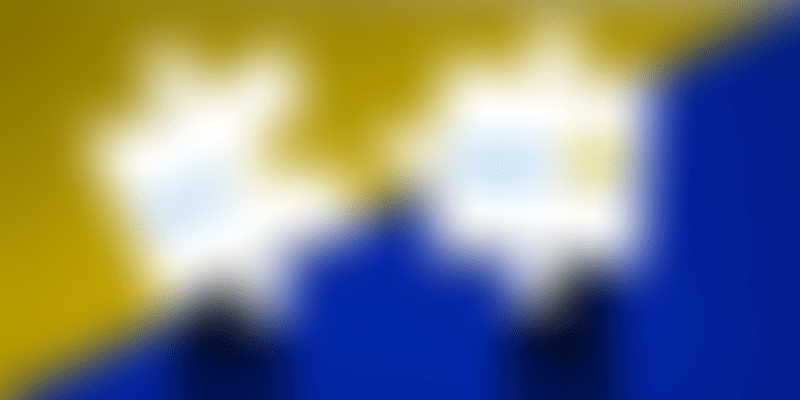 Even as the Indian startup ecosystem awaits confirmation of the mother of all deals, YourStory takes a closer look at why Flipkart investors are leaning towards Walmart instead of Amazon.

The Walmart-Flipkart deal is the most anticipated and will be the biggest so far in the Indian startup ecosystem and if sources are to be believed we could hear some announcements in the next few days. That is if all goes well.

Here are the details so far: Walmart and Flipkart have signed a sort of agreement or term sheet last week. “Just a week before that Amazon made an aggressive bid for Flipkart. So until early last week, Flipkart investors were not biased towards one over the other,” said a person with knowledge of the discussions, who spoke on condition of anonymity.

While Walmart was initially looking at a simple majority, it looks like the company will take over 70 percent stake in the Singapore-registered, Bengaluru-headquartered Flipkart. Google parent Alphabet, which is directly competing with Amazon in areas like voice-based home assistants, will co-invest with Walmart, said the sources.

Another source said secondary shares will be bought at a lower valuation of around $15 billion, while primary shares will be bought at a valuation of around $20 billion. As has been reported Flipkart has bought out numerous small shareholders in its bid to bring the number of shareholders to under 50 to ensure it becomes a private limited company in Singapore ahead of any deal.

While Walmart was the only suitor initially, Amazon’s aggressive late bid might have ensured the former fast-tracked its due diligence process. While it has been reported by other publications that SoftBank is the only investor keen on Amazon, the first source quoted earlier in the article says Tiger Global was also leaning towards Amazon initially.

Tiger Global, which manages both private equity and public equity funds, has invested through the latter in Amazon. “If an Amazon-Flipkart deal was straightforward it would have been the more beneficial one for Tiger. Lee (Fixel, Head of Tiger) wanted Amazon. For SoftBank too, as they are also keen on a stake in Amazon. Neither wants a stake in Walmart,” said one of the sources.

Which is why both Tiger and SoftBank will exit completely, netting handsome returns on their investments.

Walmart will need Kalyan to run the show. It will all collapse without him. Almost the entire professional management at Flipkart will also be retained. No management level changes are expected in the next 18 months,” said a person with knowledge of the deal discussions.

However, another source said Binny could stay on for sometime and that details are still being worked out.

Also the companies will have to go to the Competition Commission of India (CCI) for approval.

“Unlike an Amazon-Flipkart deal, the Walmart one might not bring CCI scrutiny. However, their legal advisors will ensure they get the CCI clearance before announcing the deal. They haven’t taken this step yet,” said one of the sources quoted earlier. This is what could delay the announcement.

Another reason for the Amazon preference is the bigger market share the combined entity would command. The Walmart deal does not bring any market share benefits.

Walmart and Amazon declined to comment when contacted, while Flipkart, Tiger Global and SoftBank have not responded to emails until the time of publishing.

Then why Walmart over Amazon?

One reason is that despite the “aggressive bid”, Amazon is not seen as a serious bidder. “How can Amazon make a meaningful offer without doing proper due diligence? For proper due diligence they will need full access to Flipkart’s data. Why would Flipkart give that?” asked K Ganesh, serial entrepreneur and investor.

Also an Amazon deal would open a Pandora’s box of problems. Such a deal would definitely not easily pass CCI scrutiny, since such a combined entity will lord over 80 percent of the ecommerce market.

Walmart does not have an operations team in India, beyond the Best Price wholesale stores it operates in the country. Flipkart’s team and operations network are what will be used even after the acquisition. That will not happen in case of an Amazon deal. Amazon too has built a highly effective management team and has sunk capital into building infrastructure across the country. There will be integration issues.

Like in China, India also needs two ecommerce players. A Walmart deal will ensure there are two players (second player being Amazon),” he said.

Further, a source said, Flipkart's investors do not foresee offline retailers creating too many problems with a Walmart-Flipkart deal. "The market share doesn’t change. Also, Walmart is known to focus on profits and sustainable business rather than heavy discounts-led growth. So that’s good for other retailers," a source said.

Not easy-peasy for Walmart

However, this is an optimistic view, feels K Vaitheeswaran, ecommerce pioneer and author of Failing to Succeed: The story of India’s first e-commerce company. “The government has not allowed FDI in any form of multi-brand retail. Online retail has been breaking the law and getting away with it. Offline retailers have not been able to raise international funding all these years and were waiting for a change in law. Many of them would have seen Walmart as a natural investor for them. Instead of that happening, Walmart is investing billions into Flipkart. They will be up in arms,” predicted Vaitheeswaran, who has been vocal in his criticism of the discounting-led, GMV-focused business model of ecommerce players.

YourStory had, in an earlier article, highlighted the FDI challenge that Walmart will face once this deal happens.

Apart from that, Walmart will get a strong foothold only in a tiny chunk of the overall Indian retail industry, said Vaitheeswaran, despite spending billions to acquire Flipkart. Compare the $16 billion (roughly) that Walmart will spend to acquire Flipkart with the $3 billion (again roughly) that Amazon has so far spent in India to become a strong player. For Walmart, India’s larger retail market is the ultimate prize and to start acquiring market share there it will have to spend much more, even if it leverages Flipkart’s network to build an omni-channel model.

The other challenge is at the investor level. It doesn’t look like all of Flipkart’s investors are keen on exiting. This could pose issues in the future. Financial investors will want to maximise growth in the short term to ensure high-exit valuation.

Walmart, on the other hand, would have a long-term view and strategy. Also, remaining investors won’t get the benefit of open price discovery when they are ready to exit as Walmart will be the only buyer for their shares. This could be why Walmart is promising a Flipkart IPO in three years.

Ganesh, however, feels this is a win for Walmart, Flipkart, and the larger Indian startup ecosystem.

“This is good from multiple angles. This deal demonstrates that Indian startups can start from scratch, take billions of dollars in investments, and give massive exits. It answers a lot of critics. Many called the founders and investors crazy for the high valuations, for the discounts. This will answer all the armchair critics. It also shows that however international the model is, in India you have to solve India-specific problems and if you do that you can create value. The company (Flipkart) and its founders were able to stand up to the richest man in the world (Jeff Bezos of Amazon). That’s something,” Ganesh said.

Pankaj of Bertelsmann, said that a deal as significant as this is good news for the Indian startup ecosystem. “The tech space is hungry for exits for investors and employees; to show that India can generate significant value. This is a validation for the ecosystem,” he said.

What about the charge that the founders have sold out to international capital? Both Ganesh and Vaitheeswaran said this is not the founders’ or company’s fault. A company goes for funding where it is available. It wasn’t as if Indian funds were available.

This is a wake-up call for Indian traditional industrialists. It took a Tiger and SoftBank to see opportunity and build value. Many Indian conglomerates have been around for hundred years and know the India market well. But they were on the sidelines. If they had invested some money a few years ago, they would have made massive returns today. Hopefully greed will motivate them to action now.”