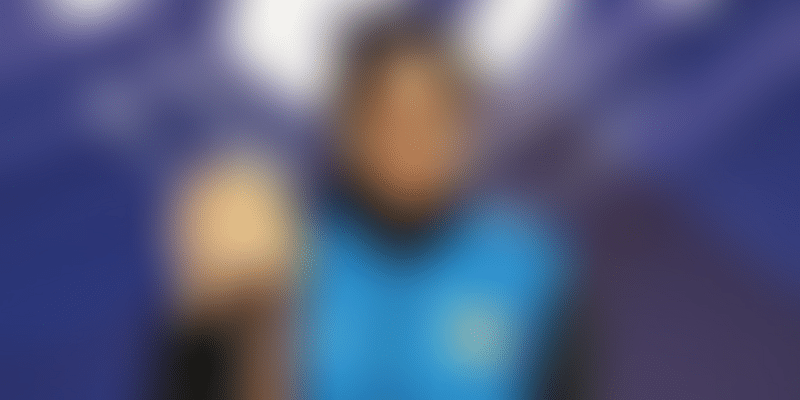 Faced with a horrific accident and a limb amputation at 22, Manasi Joshi rose to become a world champion badminton player – a role she manages alongside her software engineering career.

Manasi Joshi remembers a time when career enhancement was her priority. “I used to represent my school, college and then office in badminton championships. But I never thought of going professional. Sport was a hobby, academics my goal.”

Moving up the corporate ladder as a software engineer, she was repeatedly complimented on her leadership skills. A management degree planned, at 22, at the cusp of a promising career, the world seemed full of possibilities. “But life had other plans,” Manasi says.

While on her way to work in 2011, Manasi met with an accident, which left her with a crushed left leg, broken arms, and numerous other injuries. In media interviews she has given since, Manasi does not blame the truck driver, but there is someone who has to shoulder the blame.

“Just because I don’t blame him doesn’t mean I don’t blame anybody,” she says. “The traffic signals on the busy junction that I had to cross every day on my way to work, had not been working for a week. While crossing it I used to wonder that how can such a busy street afford to have its traffic signals jammed like this. Many accidents had happened there in the past because of this very reason.”

Following the accident, given that Manasi was in Mumbai, one would assume medical help would come quick, but one could not be more wrong.

“I was surrounded by people - be it police or passers-by. Everybody wanted to help, but nobody knew how. I was conscious and aware of my injuries. I can see that my hands are broken, my leg is crushed. I was like, ‘Koi phataphat hospital le chalo.’ (Somebody quickly take me to the hospital). But even after lying on the road for half an hour, the ambulance never showed. Finally, I called home on my cell phone to request help from my family,” Manasi recalls.

While she waited for medical aid, a bystander stole her helmet and another started taking videos on his phone. “I was lying in a pool of blood and it was entertainment for him,” she seethes. “What could I do? I had to tell him. I also needed some entertainment, lying there like that. The situation is really bad, but I had to retain my wits so I didn’t die. I knew that the injury couldn’t kill me, only blood loss would do that. Any knowledge that I had subconsciously gathered while watching survivalist shows on Discovery and NatGeo kicked in,” she says.

While she was subjected to the worst side of human nature in her time of need, she says she also got to see the best. A girl travelling on a bus who immediately disembarked and began calling hospitals and emergency services on her behalf. She also desperately tried hailing passing cars, requesting them to give her a lift to the nearest hospital. The car-owners refused because they didn’t want to get their vehicles dirty.

There was a guy passing by on his motorcycle who stood behind her for thirty minutes, supporting her back because she was unable to sit on her own but didn’t want to lie down on the road. But, when she could sit no longer, a local slum dweller rushed to her with a clean lungi and spread it below her as best as he could so the dirt wouldn’t contaminate her wounds.

Taken to the first hospital, she says, “I did not receive the medical attention I needed because they said that a surgeon skilled enough to operate on me was not at their hospital. They said they were arranging for a state-of-the-art ambulance to transport me to a more suitable medical facility. I was made to wait for three hours. I saw three ambulances… none was used for my emergency. Finally, a Maruti van turned up. I am 5 feet 8 inches tall - how was I supposed to fit? They had to keep the back doors open while taking me to the next hospital,” Manasi fumes.

Manasi’s accident took place at 8.30 am and she made it to an operating theatre at 6.30 pm. In the meantime, her blood vessels got constricted, increasing the complications. She was in the operating theatre for twelve hours.

Gangrene soon set in in her leg and it had to be amputated. “At the time I was thinking that I have just lost a leg, not an organ. If I can't run around, it's okay. I knew about the advancements in the prosthetic industry, and my faith in technology was absolute. In the ICU, I told the doctor that I wanted a microprocessor-based prosthetic.”

It was during her rehabilitation that reality hit. “I realised that microprocessor-based prosthetics are not affordable in India. They cost Rs 22 lakh and need to be replaced every five years. I hail from a middle-class family. My father is a retired government officer and I have a desk job. This kind of expense was inconceivable for us. But somehow things worked out in my favour. I received an insurance pay-out. My father pooled in his savings. The company I was with created a fund to help people with disabilities like mine. So many people and organisations came together to help me, literally, stand on my own two feet,” she says.

Manasi participated in an inter-company badminton championship in 2010 where she won the gold. In 2012, three to four months after re-learning to walk, she participated in the same tournament, and won a gold again. “I went crazy with euphoria. That gave me the confidence I needed to test my limits and a whole new world of opportunities opened up,” she recollects.

Manasi spent the next two years defying the limitations her mind kept imposing on her. She travelled the country, trained in scuba diving and played badminton. In 2014, when she participated in the tournament for the third time, no one was surprised when she won. When an amputee friend suggested she turn pro, her heart could not let go of the idea. She says,

I didn't have the aspiration then, but I was hungry for opportunities to test myself.

Manasi tried out for the Para Asian Games in 2014. She didn’t get selected but she got noticed. “In December 2014, I played my first national level tournament and was awarded a silver. In March 2015, courtesy the silver win, I got to play in the Spanish Para Badminton International. Though I didn't score a medal there, I knew I had discovered my life's mission. I have been faithfully training in and pursuing this sport ever since. After that every tournament I’ve participated in, I’ve won a medal.”

Given the poor funding para-athletics receives in India, Manasi could not afford to quit her job in favour of training full time. But she did take a pay cut to switch to a less demanding job. She explains,

“The path to being a para athlete in India is strewn with crippling obstacles. We don't have a federation, so government allocated funds never reach us. I am a World Championship medal winner. So, I am entitled to cash award from state and central government. But I am yet to receive any."

But she has accepted the situation. “We players have formed an informal commission where we distribute administrative work among our team. We have a coach who helps us out. Moreover, we have made peace with the fact that para badminton has inherent obstacles. Every sport and every team have to deal with challenges unique to them,” she says.

Managing an international sports career with an IT job was exhausting at the beginning for Manasi. She recounts, “My role at work was a demanding one and I got done at seven or eight in the evening most days. My commute was a long distance, exacerbated by traffic. Soon after reaching home I had to leave for practice. I squeezed every available minute in the day for

training. During lunch break at work, I would do it in the parking lot. I got up at four thirty in the morning every day so I could train or do yoga for a few hours in the morning before leaving for work.

“This was a very hectic way to live. But my passion was such a driving force that it took me a week and a half to get adjusted to this routine. Pursuing badminton doesn't benefit me financially in the least. It takes hours from my schedule and costs me most of my pay check to finance. Right now, I am lucky to have sponsorship. But I can never take that security for granted.

“I was pouring all my disposable income into the game. At one point I panicked because I knew I had to replace my twenty-two lakh rupees prosthetic leg every five years and was not able to set any money aside for it. But I decided not to worry too much, devote myself to the sport and have faith that, when the time comes, something will work out.”

It’s been more than five years and Manasi’s leg is long overdue for replacement. But she has not let that get in the way of her winning. Her recent win of three medals, one of each colour, at the Para Badminton Internationals 2018 in Spain has cemented her reputation as one of the best para athletes India has ever produced. The currently world fifth ranked Manasi has no time to rest on her laurels. She is hard at work preparing for the 2018 Para Asian Games. “And of course, all my energy is focused on the 2020 Paralympics,” she beams.

Ever since she took a pay cut to work at a less demanding job, she has a relatively easier time balancing her sport and work. She leaves work at 5 pm. By 7 pm she leaves for training, and practices till 10 pm. “I reach home by 11.30 pm and crash. It's tiring but I love this routine,” she exclaims. She has two sponsors. “Currently I am supported by Welspun Enterprises and Divitas Capital. I signed contracts with both of them in late 2017 and their support has been invaluable. I hope this relationship can continue for a long time,” she says.

Manasi’s spirit has helped her face life’s curveballs with grace and resilience. Her advice to people facing curveballs of their own: “I think everything comes down to mindset. We have the power to deal with whatever life throws at us. Using patience to evaluate the situation is crucial. We don't need somebody else to tell us what to do. In fact, take well-meaning advice with a pinch of salt. What works for someone else won't necessarily work for you. You have to find your own solution in your own way. Take your time, cry if you need to. But then have faith that you are the answer to your adversity.”