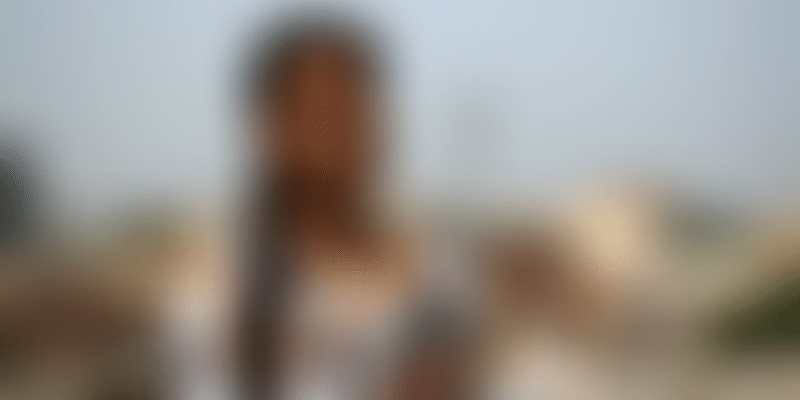 Annu Rathore, who comes from a tiny village near Gurugram district, has secured fourth rank in the State Class XII board exams, and has topped the Arts stream.

In a rare development, 17-year-old Annu Rathore, Haryana’s CBSE Class XII topper, preferred to study in a government high school as opposed to a private school

Annu comes from a tiny village called Kasan, located in Manesar Tehsil of Gurugram district, which has a population of less than 9,000 people. The gram panchayat has just one Government Senior Secondary School. Annu says,

This is the only government school in my village and all the others are private schools. I joined this school because I did not like my previous (private) school, and all the people around told me that the school has brilliant teachers, who give special attention and support to the students. My parents wanted me to go to a private school, but I liked this one better.

Annu is a Humanities student who has secured 97 percent, with 484 out of 500 marks in her Class XII board exams. She has secured fourth rank in the state, and topped the Arts stream in Gurugram district.

A government school with a difference

While both her brothers are studying in a private school, Annu chose to be a part of the Government Senior Secondary School, supported by Maruti Suzuki, which has a strength of over 1,000 students.

The difference between the private and government school, she says, is the value students derive from a teacher’s experience, and their teaching methods. Annu explains,

Initially, I was weak in economics, and a new teacher who joined the school helped me improve the concepts. I also used the internet at school to help me with more reference material. Now, economics is one of my strong subjects.

Annu also credits her parents for her success, and adds they “never demanded anything from her.” Her father has his own transport business, and her mother is a homemaker.

She hopes to study English Honours from the Delhi University, and aspires to become an English Professor, just like her mentor and inspiration Miss Preeti, her geography teacher. Annu wants to inculcate her values of respect and kindness to all students. On her teacher, Annu says,

Her dedication towards her work is also admirable. You know she travels from Gurgaon all the way to Kasan for our classes every day.

Annu says the government school is also equipped with clean and hygienic toilets, a computer lab, an updated and improved library, and modern learning equipment.

While the young girl spends all her free time studying and reading poetry, she firmly believes that studies is the only weapon available for the youth, especially women, to secure their future. Annu says,

I live in a rural area where not many women are educated enough. Education gives women the power to become independent, otherwise they have to depend on men in their households. They won’t be able to make their own decisions and might even have to keep their desires aside.

With women empowerment becoming the buzzword nationally, Annu says that changes are visible across her village too. While early marriages are still a norm - three of Annu’s classmates are married - women have taken up soft skills like tailoring and embroidery in a skilling centre that has been set up in her village. She says her family was an “exception,” who told her to just believe in herself and continue chasing her dreams without the pressure of marriage.

Most boys from her village and surrounding areas limit their aspirations to joining the Indian Army, while the girls want to become teachers. The reason, she says, is that it is a societally-accepted profession for women. She concludes,

I feel the fact that I have scored so well is already a matter of inspiration for the girls in my area. They now know that it is not impossible to do well. Once I go to college, I would like to lead by example – show them the strength education gives to a person.

Her favourite poem, ‘Fire & Ice’ by Robert Frost, reminds her of her goal, and teaches her how there is no end to materialistic desires. When one is satiated, another one crops up. What really stays with a person is his/her values and their education.