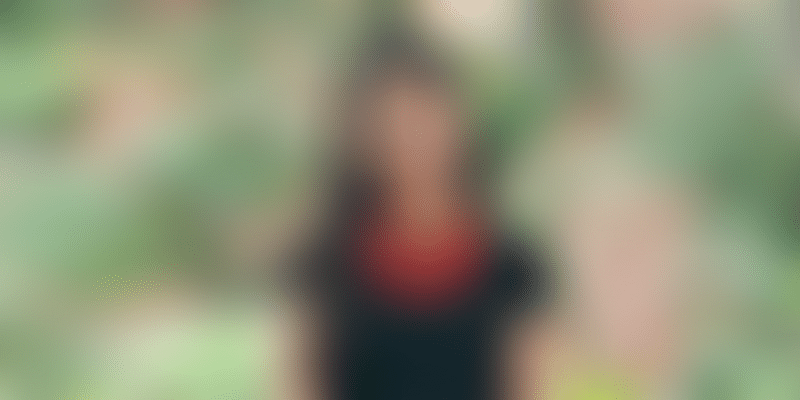 Co-founder Malini Singhal aims to make Zink London a Rs 1,000 crore brand. It gets its design inspiration from the fashion streets of London and the ramps of Milan, and sources its garments from China, Bangladesh and Sri Lanka – from the same factories that produce garments for large British brands.

Malini Singhal, Co-founder of Zink London, was highly inspired by fashion major Zara when she decided to launch her own brand.

The Zink London story began when founders Malini, Vivek Goyal and Nitin Singhal saw a gap in the Indian market for Western garments. Malini was based in London and regularly saw Indians buying garments from the British high streets, because the same styling was not available in India.

Malini was already an entrepreneur, and had previously started a high-fashion leather business, making handbags and wallets for the European market.

When Malini and Vivek decided to launch Zink London, Nitin backed them by investing in the business.

“Having spent a lot of time in London, I realised that women in India would also follow a natural transition to more comfortable western wear. I was inspired by Zara and the idea of fast fashion. I decided to co-locate myself and the business across Kolkata and London to get the best and most trendy designs combined with the most cost-efficient and time-efficient supply chain,” says Malini.

The concept envisioned in London became a reality with the launch of Zink London’s first two stores in India.  The first collection launched in 2012 was an instant sellout and the brand never looked back.

“Zink London get its design inspiration from the fashion streets of London and the ramps of Milan, and sources its garments from China, Bangladesh and Sri Lanka – from the same factories that produce garments for large British brands,” explains Malini.

What makes Zink London different from the existing players in the market?

Malini believes Zink London’s success over the past six years has relied heavily on its “five new styles every week” concept and a quick time-to-market and limited inventory.

She elaborates: “Our target customer is between 25 and 30 years of age. She is self-confident and true to herself; open-minded and accepting. A little unpredictable, feminine but a tomboy at times. She is elegant, and maybe quirky too. Our customers have a good sense of style and appreciate the idea that whenever they come to our store they get something new and different.”

On the back of early success, the team raised further funding from friends - Ajay and Ruchi Gupta as well as Sakate and Pratibha Khaitan (all successful entrepreneurs based in London), with a further round of funding coming from Chris Mathias and Anurag Dikshit (two of the most successful internet entrepreneurs in the world). Finally, in 2017, Zink London raised institutional private equity funding from ‘BanyanTree Growth Capital II’ to fuel its future growth.

Zink London has established a presence across 75 cities in India with 300 concessions in chains like Pantaloons, Shoppers Stop, Central etc., and sells across all major online portals.

Despite quick success, for Malini, the journey has not been easy. “The toughest moment for us was about one-and-a-half years ago, when we realised we had made some mistakes and if we didn’t take action immediately, we would have to shut the business within a month. We had a major sales dip for reasons beyond our control and that was the season when we had planned an exponential growth in the business. We had zero cash balance and large payments due to our suppliers, and the sales were just not happening. This was a huge learning experience for us on how to plan more effectively and manage cash while growing rapidly,” she says.

Malini calls herself ‘the quintessential entrepreneur’. “I never give up. The first time we created a collection, many large format stores told us that it may not work. They were sceptical. We goaded them to try our collection in just a few stores, and today we are distributed in more than 300 stores across India and I think not taking no for an answer is so central to who I am and what an entrepreneur stands for,” she adds.

Having touched Rs 100 crore, Zink London is setting its sights on becoming a billion-dollar brand. The entrepreneur whose role model is Amaneco Ortega, Founder of Zara, plans to increase product categories, make a bigger splash in the online space, and increase distribution across both high streets and malls.