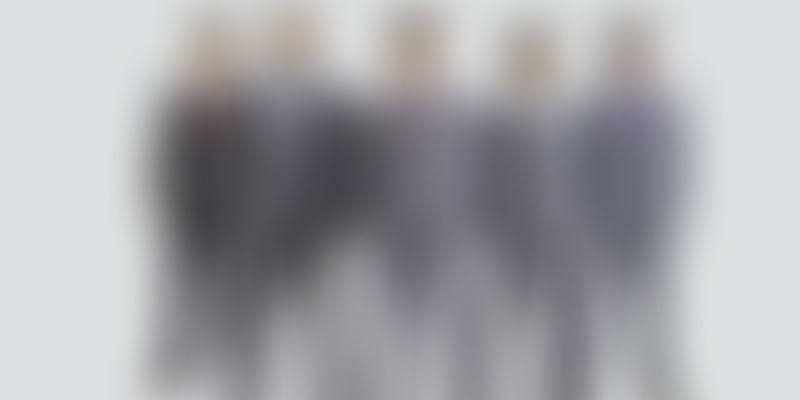 Delhi-based Leaf Wearables was announced the winner of the Anu and Naveen Jain Women’s Safety XPRIZE earlier today in New York. The team walked away with $1 million.

Launched in 2016 by entrepreneurs and philanthropists Anu and Naveen Jain, the prize challenged innovators across the world to create a women's safety device, a device that would enable women to trigger an alert when faced with a threat. But the catch is that the alert should reach the community of responders within 90 seconds and should cost $40.

Leaf Wearables, led by Manik Mehta, created SAFER Pro, a small chip with a discreet emergency alert button. The chip can be put in a device or jewellery. Once the alert is triggered, the chip also starts audio recording.

Manik said, “We have been working tirelessly to solve the problem of safety using technology. It has been our mission to make one billion families safer. The Anu & Naveen Jain Women’s Safety XPRIZE gave us the incentive and focus to continue to work toward our mission and make the world a safer place to live, learn and work.”

Manik and his team had launched an early version of SAFER in the Indian market and have already sold thousands of units. The company has also raised seed funding of $250,000 from investors, including Ajeet Khurana, serial entrepreneur, Mumbai Angels; Jinesh Shah, Founding Partner, Omnivore Ventures, and others.

In all, 85 teams participated in the challenge from across 18 countries, including Canada, Spain, Switzerland, the UAE, the US, China, Germany, and India. The teams comprised app developers, technology researchers and organisations working towards women safety. The finalists also included Artemis from Switzerland, Nimb & SafeTrek from the US, Saffron from China, Soterra from the US.

Anu Jain, philanthropist and Founder of the Women’s Safety XPRIZE is also on the boards of organisations focused on empowering girls and women globally. Her husband, Naveen, is the founder of several companies such as Viome, Moon Express, and TalentWise.

After the prize was announced, Anu said, “With so many advances in innovation and technology today, it was unacceptable to us that we didn’t have a solution to help curb this sexual assault pandemic. We congratulate the winning team and thank all the teams that poured their heart and soul into finding innovative solutions to move humanity forward.”

Emergency alerts are just one side of the coin. There are multiple organisations working on women safety across India, with alerts and emergency buttons introduced by ride-sharing companies and by governments in public transport such as buses. Pink Hoysalas in Bengaluru and Pink Police in Kerala focus primarily on women safety, while Safecity is working on showing high crime areas.

But the most important step towards women safety is to change thoughts and mentality. That is harder said than done but is the need or the hour. If we can sensitise the society then most of these apps, measures and alerts will act as a safety net and not the last resort.