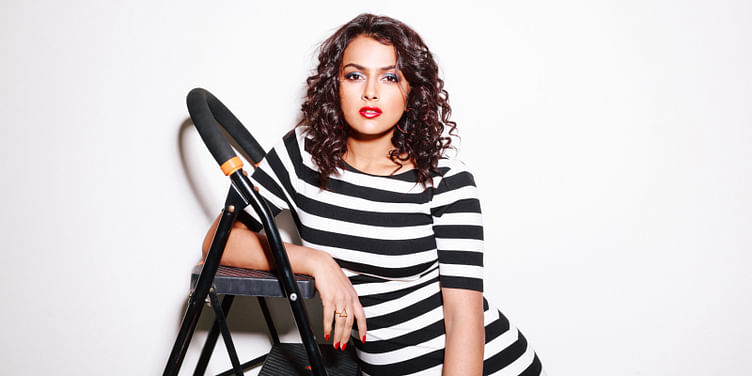 From law to acting, Shraddha Srinath’s journey has been one of twists and turns. She recently won the Filmfare Critics' award, Best Actor, Kannada, for the movie Operation Alamelamma.

“Acting in movies is like running a venture, where every decision and buck stops at you. The character, script, role, everything you decide and choose to follow,” says lawyer-turned-actor Shraddha Srinath. The 27-year-old is now working on Tigmanshu Dhulia’s next - Milan Talkies - opposite actor Ali Fazal, and has signed on her second project with actor R Madhavan Maara.

Having started her acting career three years ago, and over nine films old, 2018 is turning out to be Shraddha’s busy year. From bright Kalamkari sarees in Tamil film Vikram Vedha, to no makeup, oversized glasses, and a comfortable pair of pants, Shraddha seems to carry out everything with ease. She believes that while the art of acting is the same for movies or theatre, she says acting on stage has a graph.

The emotional graph in cinema takes a toll. You need to be very aware as an actor, and what stage of the story you are in, the mental state and everything. “It’s an added responsibility,” says Shraddha.

Elaborating further, she says, as an actor you need to sell well and know what you want. Theatre has nothing like script selection, knowing about the co-actors and production houses. But in films, everything is important. Her move from law to movies was a chain of different events.

“My last working day as a lawyer was on February 27th, 2015. There has been no looking back,” says Shraddha. An army child, Shraddha says it was a series of events that led her to take acting as a career. While her job at Decathlon was great, she wasn’t very happy. “I had this great chaos in my head, and every night I would wonder what was I doing,” she says.

It was then that she got an email from a Kannada movie production house. It said they had come across her profile on Facebook, and were looking to cast her for a Kannada movie.

“I first wondered if it was legit. When it was the real deal, I went and auditioned for the role. It was then that it struck me that doing this would really mean me quitting my job. I had the idea in my head, but was pushed to the brink of making that choice. Reality is always different,” she says.

By then she had realised that she wasn’t happy, and saw this opportunity as a sign to take up acting. After a conversation with her parents, Shraddha took the plunge.

“I was tired of juggling and I told my parents that I would like to do something that I love doing,” says Shraddha.

When she first started law, Shraddha says, she had the naive belief that once she became a lawyer, she would change the world, as law comes with great power and responsibility. “I felt I would litigate some great cases, but soon realised that was theory drive. It’s very dry and a lot of things depend on memory,” she adds.

For the love of theatre

“I had quit science after my 10th. I was a commerce student, and I knew I wanted to do a professional course and something that no one in my family had done before. Law matched all the criteria. Though I wasn’t passionate about law, it seemed interesting,” says Shraddha.

It was during her second and third year at law, when her interest started waning and she started theatre. Shraddha had been interested in acting since class 11, and now, she had the opportunity to rekindle her love.

“There is a difference in saying things and actually doing it. In the first year, I gave the excuse that I was new in the city, and then gave the excuse of distance and travel time. I procrastinated till the third year. One day, on Facebook, there was a casting call by Imbroglio Productions. My friend happened to see that and thought I should give it a shot, and I went for it,” she says.

Since it was a musical, Shraddha decided to audition for dancing, singing and acting. Her first role was that of singing, and for six months, Shraddha’s life revolved around rehearsals. “When we performed on stage, I had this sense of achievement, and I realised I could do this,” she adds.

“I know my first acting gig was bad. But I really wanted to improve, and over time, with continued effort, I saw myself improving and getting more comfortable with the role, with my body, and understanding the art better,” says Shraddha.

Law - Not her cup of tea

By the time she was out of college, Shraddha felt law wasn’t meant for her, and while she was tempted to dive straight into acting after her course, she felt she needed to earn some money.

“For five years of college, I was dependent on my parents. And I felt I needed to give law a serious shot,” says Shraddha.

She joined the non-litigation department of Century Real Estate. While she didn’t enjoy her work as a lawyer, she found her peace with rehearsals. However, Shraddha’s next job at Decathlon was different.

“I was enjoying my job, I had big projects to handle and would travel a lot. The team I was working with were unique, different and fun. I got busy with work and couldn’t go for rehearsals that often. It soon was like having some withdrawal symptoms, and so I went to my boss and asked if I could juggle between both? She was kind enough to say as long as the work gets done it really doesn’t matter,” says Shraddha.

This was the turning point for Shraddha. She realised that while she had a great job, and was working with great people, her heart wasn’t really into it. Now, there is no looking back. Shraddha is currently focused on her new projects and roles.