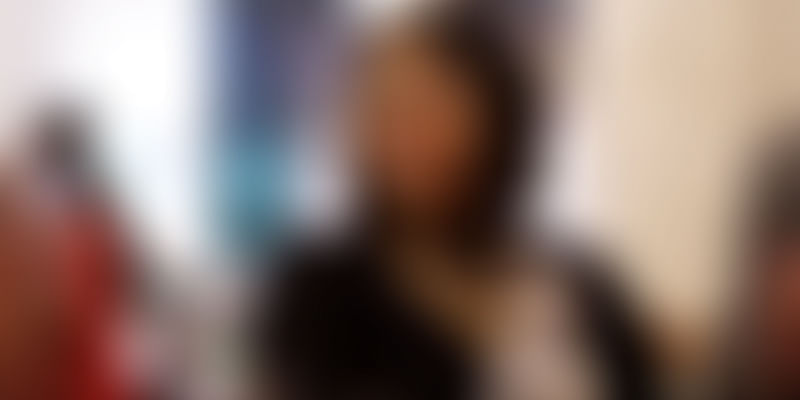 The grape stomping, the swirl of the glass, and the colour, flavour and notes of wine - these bring to mind images of style, sophistication, and in some cases, even snobbery.

But Karishma Grover, Chief Winemaker at India’s second largest wine-making company, Grover Zampa Vineyards, feels differently. In fact, she has been often quoted as saying that the wine experience “isn’t going to be bad because you don’t have the right glassware”.

A graduate in viticulture and oenology from the University of California, Davis, Karishma championed the Viognier grape varietal at the vineyard started by her grandfather, Kanwal Grover in 1988. The production of wines began in 1992, and the team hired international wine consultant Michel Rolland in 1995.

“My grandfather was a frequent international traveler and with every visit to France, his taste for French gastronomy grew, including his love of wine. He visited many vineyards, experiencing exemplary winemaking and began importing products directly from France,” Karishma says.

A business opportunity presented itself, and they embarked on growing French grape varieties in India. They traveled the country to find the ideal location, and settled on Nandi Hills in Bengaluru. In 1989, the first Grover vineyard was set up.

The first wine was launched in 1992. Following this, Grover partnered with leading oenologist Michel Rolland. Together they launched La Réserve in 1998, the first reserve wine in India and winner of several awards, proving Indian wines were capable of competing on the world stage.

The vineyards are operated by Karishma and Winemaker Mathias Pelissard, with consultation from Michel Rolland and Simon Robertson. The business is run by Chairman Kapil Grover, who is Karishma’s father, along with his team.

From Grover to Grover Zampa

In 2012, the merger of Grover Vineyards and Vallée de Vin led to the formation of Grover Zampa Vineyards, now the longest standing winery in India, with vineyards in Nandi Hills, Bengaluru, and Nashik.

The winery has been operational for 25 years, and Karishma says that has given winemakers like her plenty of time to adapt international winemaking techniques to the unique Indian climate and soil, and to discover grape varietals that flourish best in this environment.

“I did an internship with Michel Rolland, a consultant winemaker for Grover Zampa, at age 16 at the suggestion of my father. This so inspired me that I followed up with a bachelor’s in viticulture and oenology followed by an internship at Cakebread Cellars, Napa Valley,” Karishma says.

Karishma started work at Grover Zampa in 2008; she tried her hand at everything before focusing on production.

Making the refreshing glass of wine

While we all love the refreshing taste of wine, little do we realise the process that gives wine its smoothness, texture, flavour and taste. Harvesting the grapes, crushing them, the fermentation, aging of the wine, and its bottling are a deep science and an art.

Wines are made in different tanks depending on the grapes, and where the grapes come from to respect the specificity of each territory. Most of the wine-processing equipment is imported, mainly from Italy, says Karishma.

The grapes at Grover Zampa are hand-picked, she says. “At the next stage, they are hand sorted on sorting tables to ensure we use the best grapes and then de-stemmed and lightly crushed by a machine.”

While this process seems long and tedious, Karishma says she enjoys it. Yeast is added to the grape juice to start the fermentation process.

Age and wine go together and Karishma says wines can be aged for months or years, and their flavours depend on what they are aged in - stainless steel tanks, or variou barrels like French oak, American oak, etc.

“At Grover Zampa, grapes are processed in a cooling room. We have controlled cellars equipped with modern resources such as temperature-controlled tanks and our own bottling lines. This ensures that quality remains uncompromised throughout the winemaking process,” Karishma says.

The business of wines

According to the Registrar of Companies (RoC) data filed by the company, Grover’s revenue was at Rs 57.77 crore in the last financial year. The company registered a profit of Rs 18.98 crore.

Wine in India is a niche market. According to news media reports, Grover sells over 2.2 lakh cases a year, which is believed to be a third of Sula Vineyard’s sales.

“We focus on our USP, which is producing premium quality wines without compromise and delivering to our customers’ expectations. We also focus on consistently innovating. For example, we were the first winery to introduce a reserve wine and we have recently launched India’s first sparkling wine with real gold flakes, Auriga. This commitment to quality and innovation, as well as serving the needs of our customers, has served us well,” Karishma says.

While Karishma says she has never faced any specific problems being a woman in the winemaking business, she says it is a male-dominated industry, which makes it an intimidating prospect for a woman.

“To a certain extent, I am ‘protected’ by who I am – the daughter of the chairman, but I I interact with a wide range of people - from farmers, labourers, international technical people, consumers, bar owners, and chefs. To a certain extent, I have to modify how much of my personality comes through in each interaction,” Karishma says.

One of the biggest positives for the wine industry is the growing popularity of wine in India. So, what’s next for Grover Zampa? “We plan to increase our capacity and continue to innovate, introducing new wines to suit the Indian palate. We also plan to expand our international footprint. Grover Zampa wines are already exported to 25 countries and we want to significantly increase our distribution,” Karishma says.