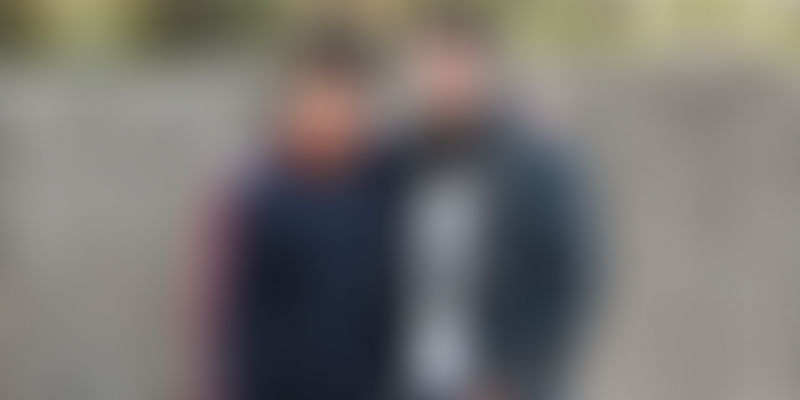 Gurugram-based ed-tech startup, through its live-learning platform, provides online classes to students from teachers and educational institutes for government jobs such as IAS, IES, GATE, and state PCS.

Where it is based: Gurugram, with regional offices in Jaipur and Hyderabad

The problem it solves: Provides live streaming classes to prepare for government exams

Brothers Love Beejal (33) and Kush Beejal (34) say they were lucky their parents could afford to send them to Kota and New Delhi to attend coaching classes for various competitive exams. While Love studied medicine at AIIMS and later management at IIM-Ahmedabad, Kush is an alumnus of IITB and IIM-Calcutta, and has worked with companies such as GATX, NCDEX, and JayPee Capital.

Kush says, “Not everyone can afford coaching at top institutions. Many people's aspirations die because of lack of resources. This propelled us towards the idea of creating a platform that could be accessed by anyone, anywhere, without spending beyond his/her reach. The entire point was that learning should not stop at any cost.”

“We do live-streaming of classes, thereby making sure the student gets a high-quality, current learning experience – identical to what they would get if they went to the classroom. Also, students do not have to compromise on their jobs, the comfort of their home, and need not shell out huge sums of money for relocating to ‘coaching hubs’ like New Delhi or other major cities,” says Kush.

All that a student needs is an internet connection, and a computer or a smartphone. Everything else - from study material to mock-exam evaluations - is taken care of by NeoStencil.

The platform is basically a marketplace where students can view a list of teachers for different courses, and choose the course best-suited for them at a convenient time slot. To ensure the platform is comprehensive, it offers everything a student will need to supplement his/her preparation - test series, strategy blogs, and study material among other things, which are prepared by NeoStencil in consultation with teachers and institutions. Also, teachers evaluate mock-exams for paid student users.

So far, the company claims to have enrolled close to 4,500 students who are paid users. “Around 50 percent of these users have a parental income of less than Rs 3 lakh per year, and they come from over 400 Tier-III, Tier-IV towns in India. One of our students, Namrata Jain, who secured All India Rank-99 in IAS exams, accessed our online classes from Dantewada – a remote Naxal affected region. Over 100 successful candidates like Namrata have taken our online classes,” says Kush.

While the benefit to students is clear, it is also the teachers who find use from the platform. Instead of teaching a few hundred students in a classroom, they can now take on many more students through online classes, without having to put in extra effort from their end. NeoStencil has tied up with over 50 well-known teachers and institutions.

Talking about initial challenges, Kush says, “We began with a Learning Management System (LMS), and pitched it to the colleges. However, we soon realised that the B2B model had a long gestation period and it could not offer a lot of value in a short span of time. Also, the problems of students not having access to good teachers remained. Hence, we made a shift to B2C model, and there was no looking back.”

However, the B2C model also came with its own set of challenges. Convincing institutes initially was a tough task, and other external challenges like internet penetration in the country, use of smart devices, data usage costs etc were also a cause for concern.

However, with the rise in awareness, cheaper data charges, and more internet penetration, there has been an improvement in the number of enrolments. At present, the company has a team of 40 operating out of three offices in Gurugram, Jaipur, and Hyderabad.

“In FY 2018, we clocked revenues close to Rs 6 crore, with a ~3x growth YoY and maintaining profitability. On the traffic and user side, we have grown 5x in just last six months. Our monthly traffic is now close to half a million unique visitors. We are confident we will reach 1 million monthly users within the next four months,” says Kush.

The company has raised a seed round of $1 million from The Times of India Group, Hiro Mashita (M&S partners), Paragon Trust, founders of Jabong and Unicommerce. The funding was in a mix of cash and kind, including advertising credits.

Market experts see the Indian education market touching $180 billion by 2020, buoyed by the rapid expansion of digital learning, and NeoStencil is looking to ride the wave. Talking about its differentiator, Kush says, “Instead of adding to the problem of plenty by creating more content, we enable India’s existing top teachers and act as a disruptor of local subpar teachers, and me-too online content players.”

Traditionally, edtech companies fall on two ends of the spectrum. One set produces its own content and tries to prove that it is the best. The other extreme is an open marketplace with a fundamental that anyone can teach, and students should be free to choose from that wide range.

However, NeoStencil opens up a third front - a curated and managed marketplace. Live streaming ongoing classes from teachers who are experts in their field, directly reaching students is something that no other platform offers, says Kush.

For the future, Kush says, “Currently, the market size of government jobs segment that we are targeting is $6 billion. This includes online and brick and mortar coaching. Close to 11 million aspirants write these exams every year. We are eyeing to capture 20 percent of the online test prep market share in the next five years, while solidifying our position in the IAS exam segment and expanding into synergistic exams like IES, GATE, State PCS, SSC, Banking, UGC-NET.”