On World Environment Day, watch these 8 inspiring TED Talks by Indians who strive for a greener future 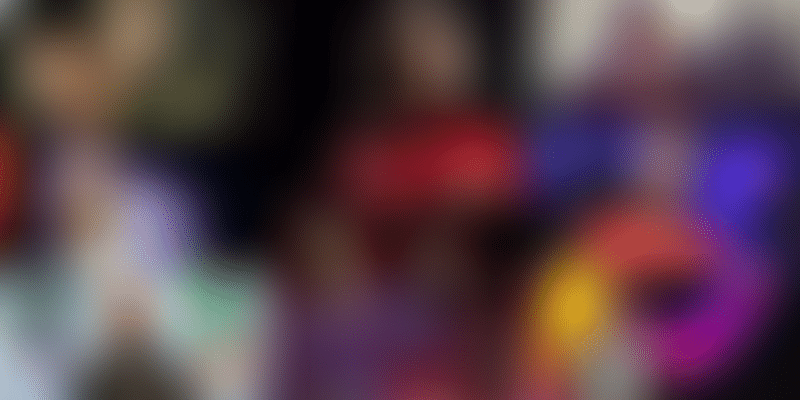 From exploring ways to re-purpose rainwater to figuring out how to grow a forest a lot quicker, these activists and environmentalists tell us that the planet is not beyond redemption, yet.

On February 19, 2018, the United Nations announced that India will be hosting the global World Environment Day celebrations on June 5, 2018. India hosts 14 of the 15 ‘worst cities’ in terms of air pollution, according to a recent WHO survey and, capital city Delhi was voted the most polluted city in the world in 2014. But despite all this, the government has pledged to organise and promote the World Environment Day celebrations through a series of engaging activities and events, generating strong public interest and participation, from pan-Indian plastic clean-up drives in public areas, national reserves and forests, to simultaneous beach clean-up activities. This year, the theme for Environment Day is ‘Beat Plastic Pollution’.

While taking ownership for and actively engaging in the protection of our earth is every citizen’s duty, some Indians are leading the way by dedicating their life work to this mission. Here’s a list of TED talks by Indian activists, ecologists, scientists, and entrepreneurs whose innovative and sustainable ideas have found a global platform.

Asking the universe to cool your buildings

Physicist Aaswath Raman’s talk on ‘Night Sky Cooling’ delves into how one can dramatically reduce the energy used by our cooling systems and, consequently, the pollution it causes. In his 13-minute-long talk, he speaks of the technology he is developing that will allow infrared light to escape Earth and head to the space, carrying heat along with it.

A native of Mumbai, this engineer is passionate about science and is taking on climate change to understand the world around us.

According to him, there will soon be a time where cooling systems alone could become one of our biggest sources of greenhouse gases. His startup, SkyCool Systems, builds ‘fluid cooling panels’, which will boost air-conditioning and refrigeration systems.

An age-old tradition exploits bears for entertainment, and trains them to ‘dance’ for tourists on the streets of India. One of the active participants in this tradition is the Kalandar community, a marginalised Islamic community. Wildlife conservationist Kartick Satyanarayan has been tirelessly working to save India’s wild animals from illegal captivity and poaching. In the wake of his pursuits, Kartick discovered the impact of including the practitioners of this ritual to drive a change.

To help this community with alternative job options, Kartick and his team have introduced a cattle fodder store, cycle rickshaws, carpet-weaving units, and vocational training initiatives for women.

In her talk, astrophysicist Anjali Tripathi examines the phenomenon of atmospheric escape and she considers how this process might one day (a few billion years from now) turn our blue planet red. According to her, in every minute, 400 pounds of hydrogen and almost seven pounds of helium escape from Earth into space. And this gas is going off and never coming back.

‘Atmospheric escape’ is not only limited to Earth. In this 12-minute talk, Anjali mentions NASA’s ‘Maven’ satellite, which is observing Mars’s atmospheric escape. Hydrogen, helium, oxygen, and nitrogen are some of the gases that are missing in Mars’s atmosphere, and going by the climatic changes on this planet, the heat is going to become more intense. But we still have a few billion years, so there's some time to prepare.

This water body will never dry up!

The Thar desert, also known as the Great Indian Desert, receives the least rainfall in the country, and it lacks basic electricity. The locals here use a device called “Kunds” to harvest rainwater. These covered underground tanks were developed primarily to tackle drinking water shortage. Usually constructed with local materials or cement, Kunds are more prevalent in the western arid regions of Rajasthan, and in areas where the limited groundwater available is moderate to highly saline.

Using these, Jaipur can collect six million gallons of rainwater in one season, which is equivalent to drawing water from a 15-kilometre canal.

Anupam emphasises the importance of recognising the basic idea to utilise rainwater for larger causes.

The trees that paint

Called the ‘Queen of Canopy Research’, Nalini Nadkarni explores the rich, vital world found on the top of trees. Her talk on ‘Life Science in Prison' draws parallels between trees and prisons. As a tree researcher, she bridges science classes and conservation programmes for prision inmates, with unexpected results. Her research is in partnership with the State of Washington.

She captures the movement of trees, often as art and most of the time as a study - sometimes, a detail like “how far a single tree moved in a single year” grabs her attention.

As a nature banker, he assesses the value of Earth's assets, and makes one realise the cost of air, water, and trees. In his 16-minute talk, he speaks of how green economies are an effective engine for creating jobs and wealth.

A forest in your backyard

Eco-entrepreneur Shubhendu Sharma was employed at Toyota when a chance encounter with Akira Miyawak inspired him to find a way to grow a forest ten times faster than the usual time it takes. Intrigued by the idea, the duo created a forest on an empty plot.

Today, his company Afforestt, promotes a standardised method for seeding dense, fast-growing, native forests in barren lands, using his car-manufacturing acumen to create a system allowing a multi-layer forest of 300 trees to grow on an area as small as the parking spaces of six cars, for less than the price of an iPhone. Afforestt has helped grow forests at homes, schools, and factories. Shubhendu has witnessed an improvement in air quality, and an increase in biodiversity, with the forests even generating fresh fruits. The company provides hardware solutions to analyse soil quality as well.

Sustainable architect and environment activist Kamal Meattle started the Paharpur Business Centre and Software Technology Incubator Park (PBC-STIP), making it a model of ‘green business’. A long-time activist championing the cause of cleaning up air in India, Karan explores reshaping commercial buildings by using principles of green architecture and sustainable upkeep (including an air-cleaning system that involves massive banks of plants instead of massive banks of HVAC equipment).

In the 1980s, he helped the apple industry develop a less-wasteful packaging method to help save acres of trees. He then began a campaign to help millions of scooter drivers in India to use less oil.

In his four-minute talk, he points out the extent to which Delhi’s air has worsened, and suggests solutions like using indoor plants to mitigate the growing concern for air purity .