With a Rs 3.75 Cr turnover, Chinu Kala shows what it takes to run an accessories business 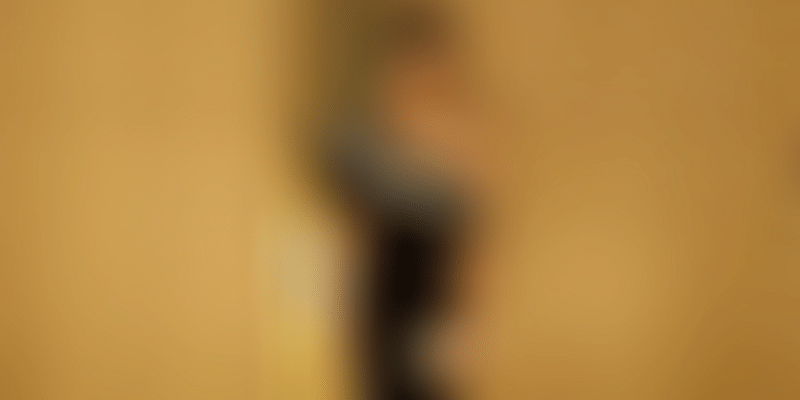 Chinu Kala took challenges head on to build her accessories business – Rubans - and shows what it takes to be bootstrapped and profitable.

Whether it’s party wear or work wear, accessories are a must to accentuate your look. Chinu Kala, founder of accessories brand Rubans, saw the importance of accessories during her modelling days, and when she finally decided to be her own boss, she knew she wanted to work with accessories that were in sync with the trends, and affordable.

Rubans curates ethnic and western jewellery ranging from Rs 229 to Rs 10,000 a piece, and has two stores in Hyderabad and Kochi. It also offers 24-hour delivery to clients who order through the website.

Nothing comes easy in life

Chinu started her career by selling knife sets, toasters etc door-to-door. She then went on to modelling, and eventually took to entrepreneurship, embracing the daily challenges that come with it.

“These initial years toughened me up and taught me that nothing comes easy in life. I slowly worked my way up the ladder,” she says.

In 2006, Chinu started modelling when her friends pushed her to participate in the Gladrags Mrs India contest. She was soon inundated with offers and though she enjoyed it, modelling was not really her calling. “I always wanted to be my own boss and create a legacy which can be passed on,” she says.

“Dealing on a day-to-day basis with marketing executives from these top brands, I started nurturing the idea of someday owning my own brand. Being fashion conscious and creative, I combined my expertise with my business acumen to put together my own label - Rubans.”

Chinu initially started with offline stores in Bengaluru. “In 2014 when we started, the fashion accessories market, from $3.4 billion was slated to grow to $10.6 billion by 2024. There was an increasing acceptance of branded fashion accessories and a growing willingness to pay for brand value. Increasing disposable income and growing personal financial savings helped the industry grow, and we have grown more than the projected figures in last four years,” she says.

In four years of its existence, the company has posted an annual turnover of Rs 3.75 crore, but getting to this point hasn’t been easy, and came with multiple challenges. Chinu shares how the team was once thrown out with its office property because the owner of the office space had defaulted on the payment.

All this was happening because our landlord had defaulted on paying the bank EMIs. My entire staff salvaged as much office property as possible. In two hours, my entire team was sitting by the roadside, with no clue on where to go, and what would happen the next day since the office premise was sealed by the court. However, in 24 hours, we not only finalised an office space, but started our operations too. By far, I feel this was the most challenging moment for us.

When she started in 2014, online shopping was not what it is today. “The only place for reaching out to your customer was either at a High Street or a Mall,” she recalls. It took her six months to get a 64-square-feet space in Phoenix Marketcity, Whitefield, in

Bengaluru. Although the company could not scale fast, it realised there was demand for what it had to offer. The next step was to open shop in the most successful mall in the city, where the wait time was two to five years.

It took Chinu her four months to convince the mall management, and she says, “Once our collection was seen by the management. they instantly allotted us a space in the central atrium of The Forum Mall. It turned out to be the most important event in our journey so far. Since then there has been no looking back.”

Chinu put in her own investments and spent Rs 15 lakh when the first store opened, and put Rs 30 lakh into the second one. She didn’t have money for security deposit, but got a month’s time. “I was confident that we can do the same with our sales of the first month. But on the other hand, I was also scared - if things didn't work out, what would be our way out? As luck would have it, everything went as per plan and we were able to furnish the security money from our first month sales. The success that my brand received motivated us to move out of Bengaluru and start stores in Hyderabad and Kochi.”

Given that Bengaluru has seen more sales online than offline in the last two years, and that the demand for ethnic jewellery has increased in Bengaluru by a relatively high margin, Chinu has folded the offline stores in Bengaluru, and is looking for a larger place to set up a new store.

Keeping up with the trends

Rubans’ team comprises of 20 employees and five designers who curate the designs. Chinu says the business was making money from Day One.

From revenue of Rs 20 lakh in FY 2014-15, Rubans last year touched a turnover of around Rs 3.75 crore. It launched in the US last month through Amazon, and is slated to launch the brand in the European market by August. Earlier this year, it launched Rubans 925, a silver jewellery line. Another line in the economical accessory segment - Atara - will be launched soon. “The next year looks more promising and we are looking at a turnover of Rs 6.5 crore.”

Ruban’s competitors include brands like Pipa Bella, Voylla and Toniq. According to Chinu, redefining your brand, aggressive pricing, and outstanding and different designs will give Rubans the edge and continue to make profit.

The Star Debutant Retailer Award in 2016, and selling on Amazon US are some of the milestones Chinu cherishes.

It was good to see my peers from the retail industry recognise the growth of the brand, as well as the hard work put in by the team.