Financial independence for women is not a choice, it is as essential as vaccination - Kshama Fernandes 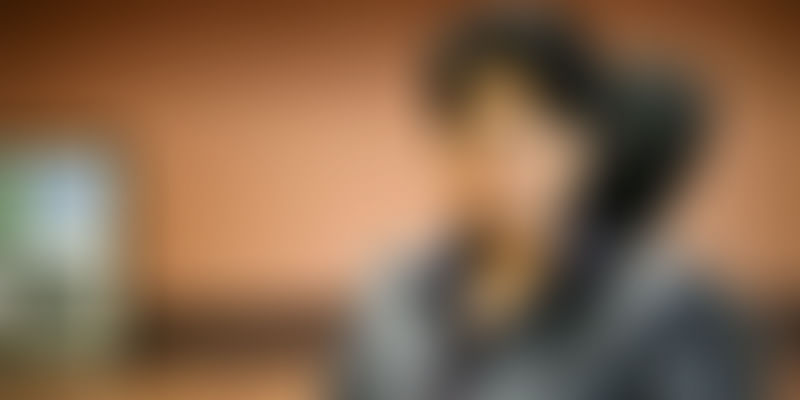 Hailing from Cansualim, a small South Goan Village, Kshama Fernandes’ journey to success is an inspiring one. With no prior experience in running an institution when she was first hired at IFMR (Institute of Financial Management and Research) Capital, her deep understanding of risk impressed Nachiket Mor, the then promoter of IFMR Trust. She joined as the Chief Risk Officer of IFMR Capital in 2008 and, by 2012, rose to the position of CEO and MD at IFMR Capital.

Since then there has been no turning back for Kshama and IFMR Capital. From financing Rs 975 crore debt in 2012, the company catapulted to financing a whopping Rs 55,000 crore in FY18.

In 2018, moving away from its parent’s shadow, IFMR Capital became an independent firm and rebranded itself as ‘Northern Arc Capital’. Kshama was successful in raising private equity capital from leading investors like LeapFrog, Eight Roads, and Standard Chartered PE. Today, she is bullish calling Northern Arc a “movement” that would also act as a bridge between mainstream capital and the excluded sector.

Kshama credits her Goan upbringing for her positive attitude and adventurous nature. She enjoys adventure sports and her hobbies include sailing, biking, trekking and skydiving. She says, “If I didn’t climb mountains and cross oceans, I wouldn’t be as enthusiastic about my work as I am now.”

Here is an edited excerpt of her interaction with HerStory.

HerStory: You come from a small village in Goa. How have your roots helped you become who you are today?

Kshama Fernandes: My childhood was spent in Goa, in a tiny village called Cansualim by the beachside. My earliest memories are of waking up to the sound of the sea, of running through coconut palms and into the waters and beginning my day with the sprinkle of spray from the waves on my face! I went to the local village school. Those days we would carry our own mats to school and comfortably settle down on the floor in the classroom, come rain or sunshine. I completed my education in Goa, beginning with a Bachelor’s in Mathematics, Master’s in Management and then a PhD in Finance. I worked as an accounts manager for a manufacturing company for a while before switching over to academia. A decade ago, I moved from Head of Finance Faculty at the Goa Institute of Management to become the founding Chief Risk Officer of Northern Arc Capital.

HS: Can you tell us about your role at IFMR Capital, now Northern Arc? Can you trace your path in the company?

KF: My journey began in 2008 as one of the founding members of Northern Arc Capital. A group of very committed people came together to set up an institution that would exclusively work at cracking the financial inclusion problem of India. We wanted to create access to finance for all, including for the many institutions that served the unbanked and the underbanked but themselves faced challenges raising debt.

Northern Arc was conceptualised as a risk intermediary between the world of last-mile credit providers and the world of mainstream capital market investors. I joined to set up the risk function with the goal of creating a strong scientific data and analytics-driven approach to understand credit and risk. While a lot of companies and businesses today understand the relevance and value of high-quality data, at Northern Arc, we actually started our journey with this premise as the foundation a decade ago. After playing the role of Chief Risk Officer till 2012, I took over as CEO of Northern Arc in 2012.

HS: What have been your successes and challenges as a founder?

KF: A decade ago, we had set out to create an institution. Unlike most startups in India, Northern Arc wasn’t an effort driven by individual promoters. We were all professionals rallying behind the idea of creating an institution that would serve a specific role in the Indian economy – that of creating a place for the underbanked.

When we started, nobody imagined that informal underbanked individuals, businesses, and institutions could actually prove to be high-quality credits for commercial investors. That happened slowly over the years. Today, it is quite routine for investors to invest in lower-rated credits purely on the grounds of risk-return. We helped create the market and that has been our biggest success. The challenges are many, those we can conquer internally and put behind us, and those external to us that are harder to deal with. But that’s the nature of the beast. We are dealing with an issue of gigantic proportions. The challenges go with the nature of the task.

KF: Interesting and challenging! But very productive. We’ve raised two rounds of equity over the last four years. As long as there is an opportunity to create real long-term value for all, there will always be investors interested in it.

YS: What is your take on women in finance? Is it a tough world?

KF: I think we need more women, not just in finance but everywhere. However, particularly in the financial sector, the dearth of women is indeed disappointing. The magnitude of the problem really hit me hard when I got on stage to speak at the annual financial services conference in 2017 for CEOs and heads of businesses.

After peering long and hard into a group of 400-plus men, I found one woman in the audience! It’s not about whether it is women or men who make better managers. An audience dominated by women would have been equally concerning. Nature didn’t mean it to be this way.

Diversity is good for all, we need to go back to nature. And it won’t happen unless we make concerted efforts. And, yes, it’s a tough world – for everyone!

HS: What is your advice to women who want to be financially empowered?

KF: Stop thinking about financial empowerment as a choice. Being financially empowered is as essential as being vaccinated or being educated. It is not only an essential shield of protection during bad times, but provides a great sense of purpose, control and ability to influence outcomes for oneself, one’s family and those in need at all times.

KF: Access to finance is empowering and can bring about change in a sustained manner. A timely loan can prevent a girl child from being pulled out of school. A timely working capital facility can help an otherwise healthy enterprise from bankruptcy. I intend to continue working in the area of financial inclusion and impact investing. A lot remains to be done. Despite efforts over recent years, India still has a long way to go before every single individual and enterprise has access to finance in letter and spirit. I have my work cut out!