Meet the cricket legends who are serving India beyond the field 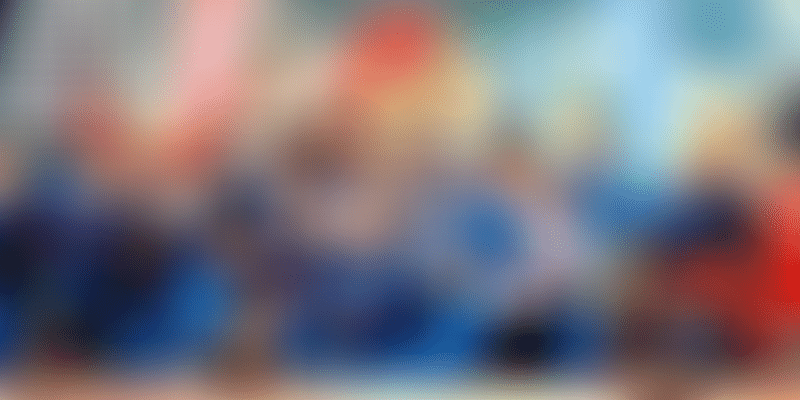 These sportsman have used their influence and reach to initiate several measures to tackle some of India’s pressing problems.

Be it Yuvraj Singh's six sixes, MS Dhoni's helicopter shot, Sachin Tendulkar's on-field presence and batting line-up or even legendary Kapil Dev's stellar all-round performance which won India the World Cup in 1983 — we have all applauded and cheered them on field, for making India proud through their sport.

Going beyond the game of cricket, these stars are contributing to nation building and social upliftment through startups, NGOs, fundraisers and events.

As Kapil Dev says, "We all have our own dreams, but to work selflessly towards the fulfilment of others’ dream takes determination, dedication and discipline.”

Below we list a few of the endeavours undertaken by these cricketers in their attempt to give back to the society.

Gautam Gambhir took to Twitter to announce his new social enterprise, Gautam Gambhir Foundation, through which he has initiated Community Kitchen #1, to feed the poor and hungry.

“Won World Cups, one IPL, beaten opponents. Now time 2 win hearts & beat hunger. Community Kitchen #1 by Gautam Gambhir Foundation. Compassion in my heart, a plate in my hand & a prayer on my lips ‘No one should sleep hungry.’,” he shared.

Launched in Delhi, the first community kitchen was set up in Patel Nagar. The player intends to serve the needy and poor who crave for one good meal a day, through this initiative.

Through this organisation Gautam hopes to support children of martyrs by identifying the needy and provide post-trauma counselling and fund the education of intervened children. Further, to empower adolescent girls and improve their socio-economic development, the team provides education in hygiene and nutrition while motivating them to complete their education.

In early 2004, Kapil Dev started a very pertinent discussion on the need for an institution that is dedicated to community development and providing education opportunities to the underprivileged. He discussed his vision with a few people, including Vandana Luthra, Founder of VLCC Health Care, Aman Nath, Founder and Chairman of Neemrana Hotels, and Khushii’s Chief Patron, Gayatri Reddy, owner of Deccan Chronicle and IPL’s Deccan Chargers, among others, about utilising their time constructively.

“We came to the conclusion that lack of education is the core of all the problems in our country, and keeping that in mind, we channeled our main focus to be in remedial education,” Kapil Dev explains.

Khushii is working towards improving the quality of school education and learning outcomes of children from low-income communities through their Education Project of Shikshaantra and Shikshaantra+.

Its mission is to work with government schools and give these children “a better school experience”. The organisation uses apps such as English Edge for spoken English at schools, and Skype for training of trainers (TOTs) nationally. While the NGO is based in Delhi, its programme is spread across Andhra Pradesh, Telangana, Rajasthan, Haryana, Karnataka, and Maharashtra.

With an aim to empower underprivileged girls and women through education and skill training programmes, Suresh Raina and his wife, Priyanka, founded the Gracia Raina Foundation, named after their daughter, in May 2017.

Its main focus is to make women independent and self reliant by providing them with livelihood opportunities and vocational training. Promoting girls education, the foundations ensures that "girls do not suffer due to their vulnerable conditions and gets a better start to the future."

"Better educated girls turn into healthier women, earn a higher income, marry at a later age and enable better healthcare and education for their children and become better mothers having informed choices," the team shares.

Further, the foundation works towards physical wellness of mother and child by providing the mother with knowledge and information about pregnancy, child care post birth and nutritional needs to keep them physically healthy. The foundation, earlier this year, started ‘OPD on wheels’, a mobile clinic to provide medical assistance and personal health advisor to the needy across various slums and government schools across Delhi/NCR in collaboration with Madhukar’s Rainbow Children Hospital.

With a team of gynaecologist, paediatrician, support staff, and volunteers, OPD on wheels provides its services on every second and fourth Friday of the month.

YouWeCan is Yuvraj Singh’s endeavour to combat cancer by spreading awareness about the disease and fighting the stigma attached to it. The YouWeCan initiative was planted while Yuvraj Singh was still in hospital battling cancer. Founded in 2012, the initiative focuses on all the aspects of the disease including the advantages of early detection.

“Today, YouWeCan focuses on every sector of cancer. Be it creating awareness about its symptoms and chemotherapy procedures or helping educate the kids who are cancer survivors. All in all, we believe your hope and help from the near ones give you enough courage to face adversity in its face,” he shares.

With the sole aim to educate cancer survivor kids from the Below Poverty Line families, Yuvraj Singh’s foundation launched an initiative under the name of ‘Togetherwecan’, to empower kids from underprivileged families to get them back to school education. The emphasis is on providing education, a basic human right, and to highlight the bright example of Yuvraj’s successful comeback to the cricket field after a face-off with cancer.

The team conceptualises interesting ways to educate people on cancer by organising sports events and fairs.

Founded in 2010, the MS Dhoni Charitable Foundation, in collaboration with The Help for Heroes Foundation, held a series of charity matches, the proceeds of which were shared to support the Indian Army.

The first charity match was played at The Oval where a sum of £ 20,000 was raised. This amount was handed over to the Indian Army in support of the wounded and severely injured soldiers in the line of duty.

“The match was an excellent platform to support such a worthy cause. I feel honoured to have been a part of it and look forward to supporting many more like these in the near future,” Dhoni said.

Following this inaugural fundraiser, the foundation has held a series of similar charity matches to raise more funds for jawaans.