From being poor to feeding the hungry, meet ‘Rotti Mahadevi’ 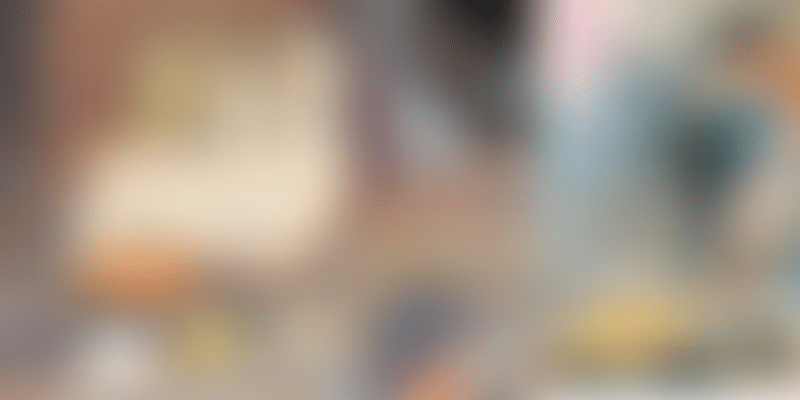 Twenty-eight years ago, when newly-wed Mahadevi Nandikolmath wanted to end her life, it was a defeat of her resilience and the win of poverty. Married off at the age of 13 into a poor family, hope came to her in the form of a seer who advised her to start afresh. Taking pieces of advice from him, she started a rotti-making (bread) business.

Today, with four operational centers, she is famously called 'Rotti Mahadevi'. By employing over 100 poor women, including widows, Mahadevi is giving them a new lease of life. She runs the Veerabhadreshwara Food Supplies at Shivaji Nagar, Bhavani Nagar, Ashraya Colony and Manikeshwari Colony, in Kalaburgi (Gulbarga), Karnataka.

Hailing from Vijayapura, she lived with her husband and two sons in Kalaburgi. Owing to her dire family conditions, she even attempted suicide, until she met a seer at Jidaga Mutt, says The Indian Express.

On his advice, she started afresh and was eventually joined by her son. She says,

My son and I started asking for kantibiksha (begging for alms, as a form of penance) and from the flour collected, I prepared the bread for poor students, charging them only 50 paise for one. Social activist Tippanna Kamaknoor stepped in to help me financially and by asking other people to help me as well.

Eventually, these poor students started paying her as small as Re 1 for a rotti. Today, she sells rotti for Rs 3 a piece, bajra rotti and chapati for Rs 4 a piece, and Senga Holige (peanut sweet bread) for Rs 12 a piece. Taking inspiration from his mother, Mallikarjun too has set up a food cart at Nehru Gunj in the city. Her team starts work at five in the morning, and on a regular day, they make on an average 3,000 to 5,000 jowar rottis, about 2,000 bajra rottis, about 400 chapatis, and about 100-150 senga holige, adds the post. Every worker gets paid according to the number of rottis they make. She says that each would make at least Rs 200 a day.

In the past, stories of a Hyderabad man feeding hundreds of hungry people, Mumbai's dabbawallahs feeding 1,000 poor people stranded in the rain, A Mysuru man who collects surplus food and helps poor get their next meal, to name a few have surfaced, redefining the instances where common people have taken the onus upon themselves to help the needy.