Two months after launching his fintech startup, this 19-year-old is already managing Rs 8.5 cr in assets 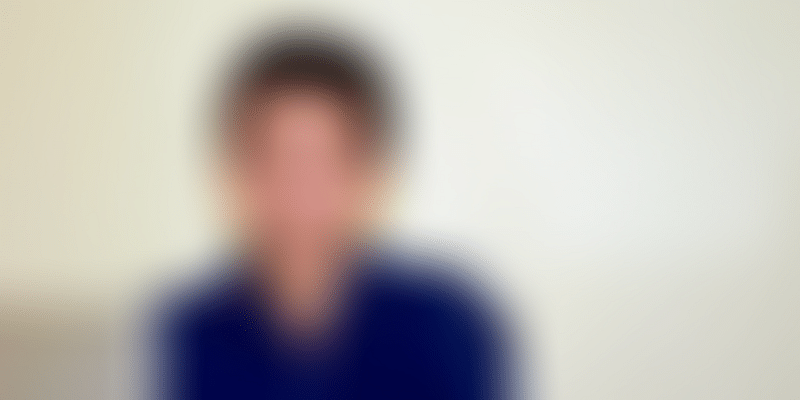 Sankarsh Chanda, 19, aims to simplify investing in stocks and mutual funds with Hyderabad-based Savart, which offers investment advice after a psycho-metric analysis to help understand your temperament and needs.

Where it is located: Hyderabad

The problem it solves: Helps users invest in mutual funds and stocks online

Sankarsh Chanda was like any other teenager when he was 14 years old - buried in books and reading all that fed his curiosity. One such read changed his life. Sankarsh read an article on “value investing” by Benjamin Graham, considered to be the father of this idea.

Benjamin Graham advocated picking stocks trading for less than their intrinsic value as they offered a profit opportunity. Sankarsh was hooked to the idea, and began seeking ways to actively test the strategy.

At 14, Sankarsh convinced his elder sister to allow him to use her Demat account. Going down memory lane, the Hyderabad-born entrepreneur recalls, “I remember investing something like Rs 2,000; it was my first investment. This was the money I used to get as scholarship from the school, more like a monthly payout. I was quite raw at that time, investing in the cheapest stocks so I could get a sizeable quantity of them.”

During this period, Sankarsh’s voracious reading also led him to study and understand balance sheets of various companies at growth stage. His bets paid off. He persisted and even invested in stocks of Chinese and American companies, with the help of his brother-in-law.

By the age of 16, Sankarsh started freelancing and drew up investment strategies for individual clients. He recalls,

“Most of my clientele started contacting me and saying that the plan paid off. And they wanted me to manage more.”

During this time, after he turned 17 years old, Sankarsh published his first book Financial Nirvana in 2016.

Soon, he came up with the idea of building a technology platform for wealth management.

He was planning to head to the US for higher studies when Sankarsh found Bennett University, a Times Group educational institute in Greater Noida.

Their focus on entrepreneurship led him joined to join the Bennett BTech course, considering it the perfect launchpad. There he met Ajay Batra, Director at the Centre of Innovation and Entrepreneurship at the university; Ajay gave Sankarsh the confidence to start up.

Sankarsh finally incorporated Savart, his wealth management venture, in 2017, when he was 18 years old. According to the young entrepreneur, the name Savart derived from the phrase the “art” of “sav”ing.

After starting up, Sankarsh dropped out of college – he had the support of his parents.

The initial capital comprised Sankarsh’s earnings from his various investments in the market.

The online platform helps users to invest in markets depending on their temperament and needs. This is done by conducting a psycho-metric analysis on users during the on-boarding process to better understand their expectations from the market.

Sankarsh reveals that he interviewed more than 400 individuals from different economic backgrounds before starting up.

Apart from the clear need for financial awareness, an important point that emerged was that individuals had tried investing in public markets but had got their hands burnt either through fraudulence or an expectation mismatch.

“There are already players who have set up their rural trading desks. Unfortunately, the population doesn’t understand or does not have clarity on where the investment is being made or when the returns will come. We are bridging a gap by understanding the needs of individuals and their expectations, and matching them with their socio-economic conditions,” Sankarsh says.

There is also a manual mode where users can research and invest in these instruments on their own without any guidance. Users can also come up with goals, and the platform will show up a combination of mutual fund picks, SIP, and STP plans to help achieve them. At present, it functions as a mutual fund distributor.

Savart has partnered with Bombay Stock Exchange for mutual funds. It is awaiting its Registered Investment Advisor (RIA) licence from SEBI later this month, after which the company will release algorithm-based stock advisory for customers.

Since Savart is not a broker, it has partnered with Mumbai-based discount broking platform Upstox for final transactions. Users can sign up for their Upstox Demat account through the Savart platform. By the end of this year, Savart is looking to partner with three more digital brokers.

The startup was incorporated in 2017, but the online platform went live only in June this year. In just a month since launch, the company has sold mutual funds worth Rs 3.5 crore and stocks worth Rs 2 crore.

The platform can be accessed through Android or an iOS app, as well as through its website. The team is presently working on refining its mobile website.

As a distributor, Savart charges anywhere between one and two percent commission for a mutual fund investment. It has made no money on stocks yet. However, the company plans to charge users through a monthly subscription model, where they pay as they use, after getting its RIA licence.

However, Savart – and Sankarsh – aren’t only looking at the online platform to grow. The startup is partnering with on-ground banking correspondents to spread its offline play and is also looking to set up offline branches where users can avail its services. It aims to open close to five offline stores over the next three months.

Savart is also in the last stages of developing an automated investment machine that can be set up at different offline kiosks and will need a cheque/debit card to make an investment. The machines are expected to work in areas with low-network connectivity. The company hasn’t decided on a fixed timeline or location for installations of these machines.

Savart is looking to patent this technology. The company is betting on local languages and expects its platform to be present in five languages, including English, Hindi, Telugu and Gujarati over the next five months.

The company, which has 12 full-time employees, has garnered another Rs 4 crore of assets under management (AUM) through its offline play (helping some listed entities manage their assets). In the next two to three months, Sankarsh is positive that they can add another Rs 5-10 crore in its AUM kitty.

From a product standpoint, the platform is looking to release a round-up feature that customers can opt for on their app. The app will ask permission from users to read their SMS and will stack up your savings with loose change from every transaction. It will invest the money into ETFs on accumulation of a certain amount.

This feature is similar to the product set offered by Bengaluru-based wealth management platform Balance.

Savart is also looking to release a “Goal” feature once necessary licences are obtained. “The platform will also - through push notifications - inform customers when to sell and buy stocks,” Sankarsh says.

By December, Savart is looking to have close to Rs 40 crore in MF and stocks sales each. It aims to raise funding of Rs 3 crore and has a commitment of Rs 1 crore already from HNIs.

Savart competes with multiple players in the space. These include Gurugram-based Sqrrl, which raised $1 million in its pre-Series A funding round from Equanimity Venture Fund in the last week of June, and mutual funds marketplace Nivesh.com, which raised Rs 3 crore in June.

Earlier this year, Paytm launched Paytm Money, which is live with 40 Asset Management Companies (AMC) in the country and offers mutual funds as its first product offering.

In FY18, the mutual fund industry added close to 8.32 lakh SIP accounts each month with an average size of around Rs 3,200. The market is big, and Savart is hoping to win a large customer base.