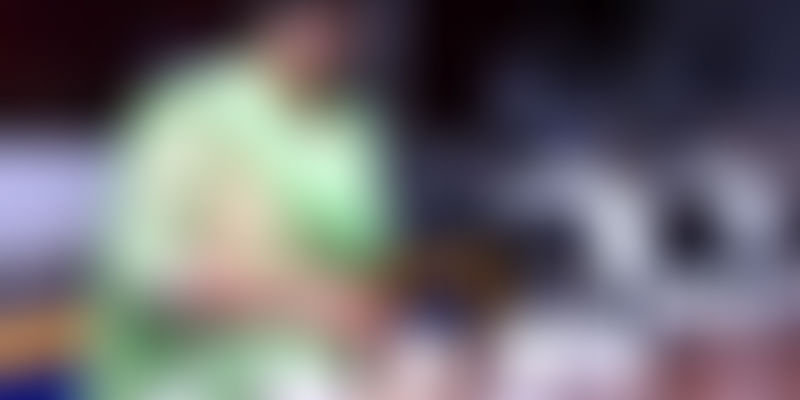 The Indian organic food market is estimated to be worth around $533 million according to a report by EY, and is expected to touch $1.6 billion by 2020. Along with the rising demand for organic edibles, what remains a constant question is how organic is the food that we pay for. There have been instances where food items marked and sold as organic were actually grown using fertilisers like urea, and had pesticide residues.

To put doubts to rest, Hemalatha Rajendran, who holds a B tech in biotechnology from St Joseph’s College of Engineering, Chennai, designed a simple test that can be used to detect pesticides in food.

The test can also determine the purity of an organic substance. For her innovation, Hemalatha has been awarded the Innovative Project Award by the Indian National Academy of Engineering.

Hemalatha, who graduated this year, started working on her food testing apparatus as her father, a bus driver with the Metropolitan Transport Corporation, encouraged her to make something that would be useful to every ordinary citizen. Hemalatha decided to work on food adulteration and focused on organic food, says The Better India.

I wanted to make something that will help us in our day-to-day life, and will also be affordable.

She first started with checking milk for adulteration using the process she had developed. She used A4 sheets like litmus paper with a reagent and one had to just dip this paper in the milk to check if it was adulterated or not. The strips changed colour in adulterated milk.

She used her paper coated with the regent she discovered to test pesticides in food items and realised it worked. It also detected the presence of urea in food products.

In an interview with Edex Live, Hemalatha said,

Nowadays, most of the milk we consume is contaminated with urea, detergent, soda and so on. They are added to increase the stability and the colour. The pesticide detection tool is made from decolourised sketch cartridge, in which the reagent is introduced. It has a stability of 10 days and costs Rs 5 per 10 strips. Since it is based on the colorimetric method, even a common man can use it.

The strip turns from pale yellow to a brighter shade if it detects the presence of urea in milk. To test vegetables and fruits, the extract of either can be poured in drops on the strip, and if it turns blue, it indicates the presence of chemicals.

Hemalatha aims to work with the DRDO and at the same time, enhance the shelf life of her product. She will carry out further research at ARMATS Biotek Training and Research Institute’s laboratory in Guindy.