The #IAmOdisha campaign celebrates its people, innovation, entrepreneurship and achievements 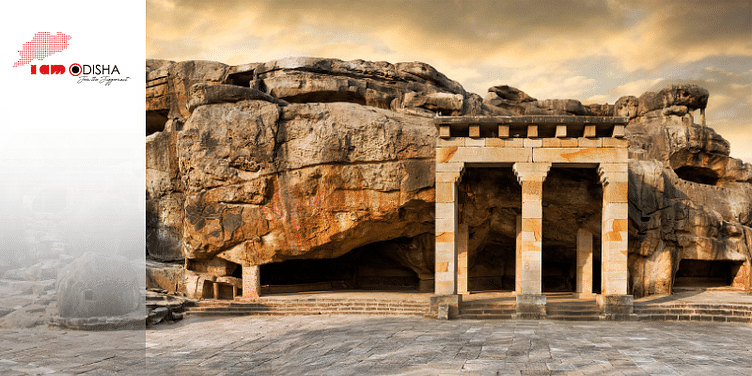 The historical, cultural, and economic contribution of Odisha to our nation’s fabric cannot be undermined. From classical dance to majestic temple architecture, from rich mining reserves and agricultural produce to heavy industries, this Eastern state continues to be a hotbed of innovation.

Odisha stands at the forefront of innovation and ranks first in terms of investment implementation rate; it has consistently ranked among the top three investment destinations in India. Innovation and entrepreneurship remain the top priority for the Government of Odisha, and the state government is providing three types of funding - a monthly sustenance allowance of Rs 20,000 per month, monetary assistance up to Rs 15 lakh for new product development and marketing, and need-based funding.

In addition to funding, the state aims to celebrate the successes and achievements of its people by providing them a platform to tell their stories. The “I Am Odisha” campaign, launched on August 8, by Chief Minister Naveen Patnaik is an initiative of IPICOL (Industrial Promotion & Investment Corporation of Odisha), the nodal investment promotion agency of the state. #IAmOdisha tells the stories of entrepreneurship, innovation, and drive while inspiring people to showcase their own. The “I Am Odisha” campaign will culminate in a grand finale at the Make in Odisha Conclave 2018 (MIO) in Bhubaneswar that commences on November 11th 2018.

A platform for the people

The #IAmOdisha campaign focuses on highlighting Odisha as a preferred destination for business buoyed by its fast-growing economy, ease of doing business, entrepreneurship, industrial infrastructure, and skill development. A study by the Asian Development Bank (ADB) has indexed Odisha as the most cost competitive state in India in terms of industrial power, tariff wage rates, land rates, and cost of living.

A recent article in Business Standard states that Odisha aims to emerge as one of the country’s top three startup hubs by 2020, and to facilitate at least 1,000 startups over the next five years. Working towards that objective, the campaign, which is a celebration of all things Odia, will tell the success stories and achievements of the people who are helping the state make its mark.

“In the past, the State’s strengths and achievements were not known widely outside its boundaries. This campaign aims to celebrate the achievements and successes of Odisha. We thank all the people who have submitted their stories so far and urge others to share their story of entrepreneurship and innovation with us.”

The campaign will also feature stories of socio-economic upliftment, hope and progress, which will be featured alongside some of the most exceptional achievers across the world.

They include a school dropout, who after undergoing skill training and having access to angel investment by OSDA is now a ‘nano-unicorn’ and operating an MSME, which is now providing employment for 3-5 people.

Looking for some inspiration from other storytellers? Click here!

Many youngsters are encouraged by the government’s initiative and inspired by the stories on the platform. Mahesh Kanungo, an engineering student from Cuttack who is one among them says,

“I am happy to know that a campaign to talk about Odisha’s achievements and strengths is being run on social media. I have been following the stories on the IAmOdisha website and it is inspiring to know what fellow Odias have achieved. It’s a good initiative by the government.”

Odisha has already been the cradle of entrepreneurial innovation. Several individuals as well as organizations have created a significant impact in the state, namely Ritesh Agarwal, Founder and CEO, OYO Rooms; Richa Kar, Founder and CEO, Zivame; Santosh Panda, Founder and CEO, Explara; Subrat Kar, Co-founder and CEO, Vidooly and many more. Their journeys have made a positive contribution to the country and inspired people to follow suit.

If you have an inspiring story to tell the world about how you are living the #IAmOdisha credo, you too can be featured on the platform. To be eligible, you should be:

If you want to be part of the #IAmOdisha platform and share your success story with the world, submit your story entry at #IAmOdisha microsite.

To be selected, your story should have a unique and specific Odisha context and stay true to the facts.

Your story can be a minimum of 650 words to a maximum of 950 words. Remember to include the #IAmOdisha hashtag. One tiny story can create a huge impact or even inspire someone to bring about a change.

So, what are you waiting for? Come share your inspiring and powerful stories.

It’s time to proudly proclaim #IAmOdisha, it’s time to #JoinTheJuggernaut. You could be one among the final five who will be felicitated in the grand finale of Make in Odisha Conclave. Find out more here.