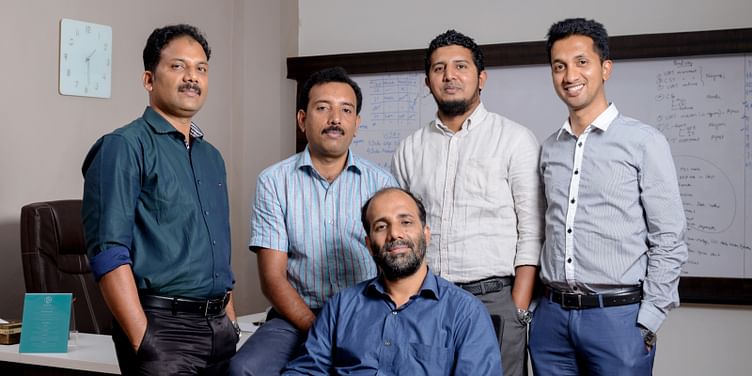 A small blast changed the way ready-to-cook brand iD Fresh approached its growth plans. The startup was launched in December 2005 by PC Musthafa and his cousins, Shamsudeen TK, Abdul Nazer, Jafar TK, and Noushad TA, and began by making idli and dosa batter from a 50 square feet kitchen in Tippasandra, Bengaluru.

“We wanted to ensure that busy working women had access to healthy and good quality idli-dosa batter,” Musthafa says.

But five months later, on a fateful April morning in 2006, the founders were facing a make-or-break situation. The startup, now a company with a turnover of Rs 182 crore last fiscal, realised what over-fermentation could do.

They had supplied a few batter packets to a kirana store in Bengaluru. Unfortunately, the store didn’t have a refrigerator. The batter over-fermented, the causing a small blast – and leading the founders back to the drawing board.

Learning from the blast

Sitting in a plush office at Hive, a co-working space in Bengaluru, Musthafa says the blast helped them set right the packaging and manufacturing processes. Even as the team readies to introduce its new product, a filter coffee decoction, it admits that the lesson learnt in 2006 has stood it in good stead.

“We worked and implemented controlled fermentation technology, implemented packaging redesign, and even became selective about the kind of stores we would supply to,” Musthafa says.

The founders started the business with Rs 25,000. They invested in mixers and grinders, and had a total of 100 packets, which they wanted to distribute to over 20 stores in the city. They had initially thought it would take them six months to reach the stores, but it took them nine months.

A long way from home

The son of a daily wage earner from a remote village, Chennalode in Wayanad Kerala, has come a long way.

Musthafa was 10 years old when he dropped out of school. He had failed Class 5 and was an average student. A money crunch at home led him to work as a day wager.

“My cousin Nazer had run away from home. He just wanted to get away from all the struggles,” he recalls. “I realised that to grow and make more money I needed to study and joined school again. I ended up doing my engineering from NIT Calicut,” he says.

Musthafa got an MBA degree, and went on to work for MNCs across India and the Middle East.

In late 2004, Musthafa returned to India with three objectives in mind – creating employment for young people in his village, spending more time with his parents and pursuing higher education.

It was when he was back in Bengaluru that Musthafa reconnected with his cousins. “Nazer and Shamsudeen had started a kirana store in Bengaluru, and we would catch up in the evenings,” he says.

It was during one of these meetings that Shamsudeen and Nazer came up with the idea of creating a trusted brand for ready-to-cook idli-dosa batter. They decided to name it iD.

“I think it was because of my ID card, but I think Shamsudeen was thinking idli-dosa,” Musthafa says. They hired a designer, who they paid Rs 2,000 to get the logo and packaging designed. The designer connected them to a packaging vendor. And things began to roll.

After the batter blast incident, Musthafa says they focused on larger stores that had refrigeration and didn’t turn off electricity at night.

“We started making profits of Rs 400 from day one. I invested my personal savings of Rs 6 lakh into machinery and an 800 square feet office,” Mustafa says. In 2007, Musthafa came on board full time as the CEO. By then, iD Fresh was selling 3,500 kg batter per day.

Musthafa recalls: “The investors and investment came in much later; Helion Ventures backed us in 2014, Premji Invest did so in 2017.”

So when the brand decided to scale operations in 2007, Musthafa sold his land in Wayand for Rs 40 lakh and set up a 2,500 square feet factory in Hoskote. It was here that they decided to build and create unique machineries that would aid them.

“We had initially procured machines from vendors in Coimbatore. But these weren’t scalable. Nazer is the creative mind behind iD Fresh; he was the brain behind the vada maker. He felt most machines needed a lot of human intervention, which could compromise quality. He designed a unique patent-pending machine, which we got manufactured from vendors,” Musthafa says.

Unique marketing strategies also played an important role in iD Fresh’s growth. A case in point would be the company's vada maker video that went viral; it is believed to have been leaked before Musthafa's presentation to Harvard.

“Our marketing strategies revolve around packaging or everyday audiences. These resonate closely with our customers,” Musthafa says.

By 2009 and 2010, the founders decided that it was time to expand and grow across the country. iD Fresh, which started in Bengaluru, is now present in Chennai, Mumbai, Pune, Hyderabad, Delhi, and Dubai. For this expansion, Musthafa pumped in another Rs 30 lakh of his savings.

However, the company faced a setback in Chennai in 2010. They were burning money and didn’t have cash to pay salaries.

“We realised that the Chennai market was super-competitive. Local idli-dosa batter brands were selling for Rs 10; it was a competitive price point we couldn’t sell at. This affected business. We shut the factory, paid workers with the rental deposit, and went back to the drawing broad,” Musthafa says.

For a year, iD Fresh lay low in Chennai and grew business at other locations. It was during this time the founders felt the need for other product offerings.

Nazer then created different products like parottas, curd, paneer, chapatis and, more recently, vada. “When I say R&D, it is primarily Nazer, who understands cooking and what people want to eat,” Musthafa says.

They returned to Chennai in 2012, this time with parottas. For a year, they sold only parottas. When the team felt they had created a brand and retail presence, they relaunched their batter.

The next year, iD Fresh launched in Dubai, and in 2014, it raised Rs 35 crore in its first round of funding. “It helped us make more products, add machinery, and expand faster,” Musthafa says.

In 2017, the team raised $25 million funding led by Premji Invest. With this, iD Fresh focused on setting up five large manufacturing facilities in India (Bengaluru, Mumbai, Delhi, and Kolkata) and the Middle East (Ajman).

This year, iD Fresh also aims to enter the US market.

The ready-to-cook market was pegged at Rs 275 crore last year, of which the breakfast segment is believed to be growing at 17 percent. Players in the space include Bengaluru-based MTR foods and Gits. Giants like Nestle, Bambino, and Kohinoor foods are also present in the market.

Speaking of their investment in iD Fresh, Haresh Balani, Vice President, Premji Invest, says: “There exists a billion-dollar opportunity in the space and iD Fresh has clear market leadership due to its first mover advantage. iD Fresh is fronting category creation in the Rs 5,000 crore idli-dosa batter market and the Rs 1,000 crore parotta market in India. This has less than 5 percent penetration today, and we strongly believe iD Fresh can build a Rs 1,000 crore  company in 4-5 years.”