Take a tour of the lesser-known hotel aggregators in India 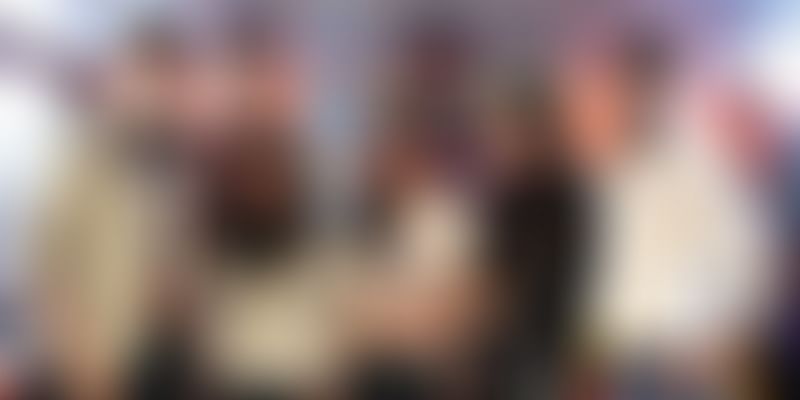 Check into hotels aggregated by India’s new-age hospitality startups, which provide various options for every budget.

It is safe to say that where you stay often makes or breaks a trip. Be it an extended holiday with the family or a quick weekend getaway, finding clean, affordable places to stay has never been easier in India.

The Indian hospitality sector has emerged as one of the key industries driving the growth of the services sector.

According to Statista, the Indian hotel market is projected to grow to around $13 billion by 2020 from $7 billion in 2015.

Tourism accounts for 7.5 percent of the Indian GDP, being the third largest source of foreign exchange income for the country. Taking advantage of the upward trend in tourism--both in the case of domestic tourists as well as foreign--several players in the Indian startup ecosystem have emerged to grab a slice of the pie.

While MakeMyTrip, Goibibo and ClearTrip are well-known players that pepper the online travel and tourism space, hotel chain OYO, which just this week raised $1 billion from Softbank Vision Fund for a valuation of approximately $4.5 billion, continues to be a big name in the stay and hospitality sector.

The firm has made three acquisitions in 2018 so far. It also entered high-end leisure resorts segment through its new label ‘Palette Resorts’ and ventured into the UK after Southeast Asia and China.

Another big name continues to be Treebo Hotels, which launched ‘Hero’ to target intermediaries like auto and cab drivers as well as kirana stores from travel points to increase its sales touch points.

YourStory takes a look at some of the lesser-known hotel aggregators that you can explore for your next business trip or a break from the city.

Founded by Prafulla Mathur in April 2015, Wudstay is a budget hotel aggregator platform based out of Gurugram. WudStay provides standardised and branded rooms to corporate and leisure travellers.

The company, which currently has presence in over 40 cities, raised $3 million in its first round from Mangrove Capital Partners and Vikas Saxena, in 2016.

In the same year, WudStay announced its entry into the long-stay segment, where the company will leverage its existing expertise and brand reputation to enter the paying guest accommodation space.

Inder Sharma and Aneesh Chopra introduced Hotelbids in 2015, a platform that gives consumers the ease to book rooms at their price.

Hotelbids allows its users to set a budget for a stay in the city or locality of his choice. The hotel in the selected area then contacts the HotelBids’ subscriber if the budget suits them.

Currently, around 3,000 hotels have registered on its platform in over 69 cities with an average booking price between Rs 1,000 and 1,500.

Gurugram-based HotelBids has raised $550,000 in 2016 from Incubating Business Opportunities.

Started in 2015 by Vaibhav Aggarwal and Adarsh Manpuria, FabHotels is a branded budget hotel aggregator that partners with smaller hotels for providing standardised services to budget travellers.

Gurugram-based Fabhotels has annual revenue of about $2.3 million. Though pricing differs according to the city or location, the average price for one night at a FabHotel property will be around Rs 1,500.

In 2017, it raised $25 million from Goldman Sachs Investment Partners. FabHotels has presence in around 50 cities in India.

Pajasa Apartments is a serviced apartment aggregator that works exclusively with corporates to maintain high standards for corporate stay.

Mumbai-based Pajasa provides serviced apartments, with a working kitchen on a daily, weekly or monthly basis, to corporates on a pay-as-per-use cost.

Bootstrapped, Pajasa Apartments was founded by Paras Sangwan and Arpit Awasthi in 2014. The idea is to eliminate the concept of a guest house and thereby remove the fixed cost of any corporate organisation.

The team claims to have a total RMV (Room Booking Value) of Rs 7 crore as of November 2017.

It caters to a niche demand segment where they offer stay in hotels in terms of standardisation of properties, assistance for online sales and marketing and application of technology to reduce costs and increase efficiency, all in a bid to improve overall customer experience.

Vista Rooms was started in 2015 by Amit Damani, Ankita Sheth and Pranav Maheshwari. With around 1,300 hotels under Vista Rooms, the firm has raised around $750,000 from Artha India Ventures in 2016.

Based in Mumbai, the charges for Vista Rooms starts from Rs 10,000 and can go up to Rs 45,000. The company claims to earn around $2 million revenue annually.