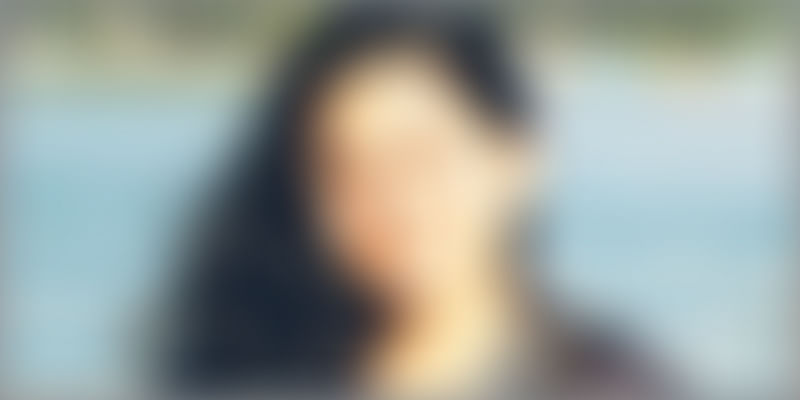 She started her career at Stanton Chase in 2006. A global executive search firm, Ankita Sheth’s role was to work on senior level research mandates across industries. She spent a year-and-a-half there, after which she moved to a KPO specializing in business research and financial analytics. Her responsibility here was largely centred around the resourcing function, looking into campus placements and hiring.

Her firm handled executive search and HR outsourcing. It included clients from financial services and Consumer goods industry. They were also managing search assignments and outsourced HR functions too.

It helped that Ankita always wanted to pursue an entrepreneurial career. She felt her skills were at building teams and giving people ownership of their work. The very concept of hotel aggregation excited her and she felt there was a huge gap which she could fill in.

Thus was born Vista Rooms in April this year. Ankita is Co-founder and Head of Partnerships at Vista Rooms, which focuses on providing safe and comfortable stay options for people in smaller cities.

A stint in the United Nations

Ankita had a short stint at the United Nations too. “This was a short stint in New York where I was assisting a Committee which facilitated the ‘Paperless Committee’,” says this 32-year-old who is a post graduate from Mumbai Educational Trust.

Entrepreneurship came calling right from the early days as she saw her father and his brother successfully running their business in Africa for over four decades.

Prior to her association with Vista Rooms, Ankita successfully executed the Mumbai operations of Oyo Rooms as their head of Acquisitions. She is known to be one of the initial and crucial employees responsible for its success.

And thereafter started her mission of providing safe and comfortable stay to fellow travellers as she believed Vista Rooms to have the potential and responsibility to change the framework of budget hotels operating in smaller towns.

True to its expectations, Vista rooms in a short span of time has expanded to over 500 hotels in 60 cities. They are currently being perceived as a trusted brand in the minds of their customer. Their clientele is a mix of overseas travellers coming to India, corporate traveller and a decent number of leisure and pilgrimage travellers.

The story behind Vista Rooms

An avid traveller, Ankita had a lot of bad travel experiences, which she says apart from being a learning curve, was also the reason behind making her determined enough to bring about a change.

“I have always been a travel aficionado, meticulously planning each getaway to maximize the overall experience,” says Ankita. Prior to every holiday, this was her routine – spend hours researching on the place, the accommodations etc. She is known among her friend circle to not put up with certain compromises, hence she always opted for safer options and brand names while travelling.

To overcome the monotony of their daily job routines, Ankita and her friends took a break to do something which they were really kicked about in the hospitality space. “We started researching and travelling a lot to smaller towns of India as we believed that Tier 2 and 3 cities offered below par services and they called for a revamp.”

Ankita took train rides and overnight buses and car rides. Her trip, spread over a month-and-a-half, taught her to live in budget hotels and prepared her for all situations while travelling. “From experiencing a dirty sink to zero towels in the bathroom to enjoying the perks of a surprisingly clean room and bathroom, I experienced it all and that only went on to reaffirm my belief in the fact that Tier 2 and 3 cities have all the potential, what is missing is connecting the dots,” says Ankita recollecting her nightmarish experiences.

Vista Rooms caters to a niche demand segment – they offer stay in hotels in terms of standardization of properties, assistance for online sales and marketing and application of technology to reduce costs and increase efficiency, all in a bid to improve overall customer experience.

An integral person in the anti-corruption movement

“I met Anna Hazare in Ralegaon Siddhi but did not work with him directly. I closely worked with their Mumbai team in Vile Parle. His thoughts inspired me,” says Ankita, who is an active member of Young Volunteer’s Organization, an NGO.