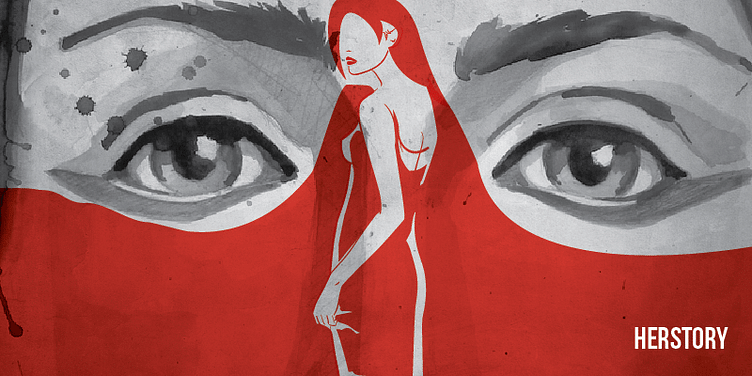 Eventually, the rage will die down and India’s #MeToo movement will unfortunately become another news cycle. But, it’s important to understand and learn from what can truly be called one of the biggest revolutions in recent times.

Over two weeks ago, India saw something that would have been unthinkable a year ago – our very own #MeToo movement. Social media sites, especially Twitter have, been flooded by incidents of sexual abuse and sexual harassment, bringing out questions on misogyny, patriarchy and gender nuances that we don’t have answers to, yet.

When actor Tanushree Dutta came out to allege that veteran actor Nana Patekar and director Vivek Agnihotri had sexually harassed her on the sets of a movie a decade ago, little did she know that she would unwittingly start India’s very own #MeToo movement.

What followed was an avalanche of horrifying incidents from hundreds of women across the country, from different sectors - media, advertising, film, music, law - who came forward, in solidarity to recount their tales of abuse.

Women took to social media to speak out about years of workplace harassment, propositioning, molestation, repeated assaults and even instances of horrific rape – illuminating the sexist dynamics of our social construct.

The floodgates had opened, and 10 days after #MeTooIndia went viral on social media, we see new stories each day as more and more women find their voices.

Eventually, this rage will die down and India’s #MeToo movement will unfortunately become another news cycle. But, it’s important to understand and learn from what can truly be called one of the biggest revolutions in recent times. While the battle wages on, these learnings will hopefully lead to a better understanding of women’s rights at the workplace.

In the days when newspaper editors were revered as superheroes, some felt that they could get away with almost anything. As more and more stories of sexual harassment in the media industry surface, it’s apparent that misuse of power was rampant. Allegations against MJ Akbar are a definite case in point. So are the stories against the top brass from the film, advertising and music industries.

If you are a boss, you are not just accountable for your team’s performance, but also to ensure that your employees feel safe at the workplace, and are treated fairly, and without any bias.

While Tanushree Dutta bravely narrated her own horrors and laid the foundation of this movement on Twitter, copywriter Mahima Kukreja, and journalists Sandhya Menon, Anoo Bhuyan and many others took the cue to come forward with their own experiences of sexual harassment. Courageously, several women opened their DMs so that others could share their stories, either anonymously, or otherwise.

All of these women spent hours each day, sifting through these horrifying accounts, sharing screenshots of chats and other conversations as proof of abuse faced by so many. For some, it’s taken years to open up and call out their perpetrators. But call out they did, as they found both strength and solace in this sisterhood. Women lawyers, psychologists, and therapists too came out in support, offering their services pro bono. On the flip side, many victims also revealed how women at their workplaces had failed to help them.

A young colleague rightly points out,

“My biggest lesson from the movement has been unity. For the longest time, women have forgotten the sisterhood we all belong to. Today, it’s refreshing that each one of us is feeding into the other’s experiences, stories, and energies. The unity reiterates that united we stand, divided we fall.”

It’s not okay to normalise abuse

When a woman is sexually abused or harassed, she is often ravaged by shame, doubts and guilt. She questions herself repeatedly. “Were my clothes too revealing?” “Did I do anything to lead him on?” Then, she thinks of the consequences of reporting said abuse. Questions like “What if I lose my job?” “Will my career be over?” plague us all, often keeping us quiet about what we experience. Women need to realise that it’s not okay to normalise any form of abuse. Abusers thrive on power, and it is only when we can gather courage to call them out, will they lose this power.

Ritu Goyal Harish, a former journalist and a now an entrepreneur, says,

“Abuse cannot be forgotten. It can be suppressed for a while (as in Vinta Nanda’s case) but it can never be forgotten. The fear and sense of violation you felt will remain with you forever. And closure and peace can only be attained if the perpetrator is punished.”

It takes immense courage to speak out

Simply put – believe women. It’s not easy for women to speak up against sexual predators. #MeToo gave a platform to a lot of women to recount the horrors, from Tanushree Dutta, Vinta Nanda, Bina Ramani, Chinmayi Sripaada to Sandhya Mridul, Saloni Chopra, including. But there are many more stories out there, waiting to be told.

“When a woman speaks about the terrible experiences, she is risking her dignity, her honour, her present and her future. We must believe these women, because it takes immense amounts of courage to speak out,” says Sasha Ranganath, a young intern at a media outfit.

To not believe a woman who’s gathered this courage is to discourage the other silent ones.

Be aware of your rights

The Prevention of Sexual Harassment at The Workplace Act (POSH) formulated on the Vishakha Guidelines has been in existence since 2003, but not many women are aware of their rights at the workplace. Make sure your organisation has an Internal Complaints Committee (ICC) to address your complaints of harassment or abuse.

“The common refrain is, ‘everybody in the office will know that I have been harassed, they might judge me, I might lose my job and my career will be at stake.’ Women should be aware that according to Section 16 of POSH Act, the contents of the complaint, the identity and the address of the aggrieved woman, witnesses to the act of harassment, and the details of the proceedings/inquiry done by the internal complaints committee or the local complaints committee and action taken should not be published or communicated to the public, press and media in any manner.”

It’s not a war of the genders

“While I am glad we are finally seeing something like this at this scale, it also saddens me to see the movement becoming a war of the genders. I strongly think this is a clarion call for the genders to come together, be empathetic towards each other, and most importantly, listen,” says Malini Gowrishankar, Founder & CEO of F5escapes.

While a majority of the abuse chronicled has happened at the hands of men, one cannot label the entire gender as misogynistic and abusive. There are instances of women in power abusing men as well, and it is important to remember that this is about every victim and every survivor who’s speaking up.

Have conversations with young people

The #MeToo movement, apart from raging debates and discussions, has also opened up conversations, especially among the youth. Malini, mother to a son, says, “My son is very receptive to these conversations. I encourage him to talk to his friends too. I see a lot of young men feeling that this movement is important, which is a welcome sign. I see a lot of people saying 'I know that person, he/she is a gem'. There are ways to support a person and make her/him feel heard without taking sides. Listening with intent can facilitate that. I think more objective people are the need of the hour. I feel we, the observers, need to be able to help the two people have a smooth conversation and resolve matters. At the same time, we need to acknowledge that sexual abuse is not limited to one gender. I wish more men also develop the strength and courage to talk about abuse meted out to them.”

It’s imperative that the lessons from #MeToo are carried forward so that future generations are not afraid to speak up.

As author Dianna Hardy says, “It only takes one voice, at the right pitch, to start an avalanche.”

6 questions we asked Bollywood on #MeToo

#MeToo India gathers momentum, but does it mean #TimesUp?