Fueled by its goal to ensure that no child in India is deprived of education because of hunger, the Akshaya Patra Foundation continues to increase its fleet of kitchens to serve hot nutritious meals to school children across states. By 2020, the foundation aims to feed 5 million children, from 1.75 million currently. sob

A young Bengaluru boy, whose parents earned a mere Rs. 4,000 a month, had a passion for cooking and dreamed of becoming a chef one day. Despite a leaky roof over his head and sparse ingredients to cook a fancy meal, the eighth-grader was known for fashioning chef hats out of paper and cooking meals with whatever ingredients were available to him at his home. So, to help the aspiring chef realise his dream, the Akshaya Patra Foundation connected him with one of the best chefs in the city under their 'Giving Dreams a Chance' programme. For 45 days, the boy received training from a professional chef at the Taj Hotels. By the end of the programme, he was able to whip up a meal that was as healthy and tasty as that cooked by professional chefs, earning him an actual chef hat from one of the top chefs at the Taj.

This simple story, as told by Shridhar Venkat, CEO, Akshaya Patra Foundation, is reflective of the work of the foundation and the larger goal it seeks to achieve: empower children to gain holistic development and achieve their dreams by fulfiling their basic need for food.

Shridhar narrated several other stories of how the foundation has enabled different children to realise their dreams, including one who obtained a PhD in biotechnology, another who became a chartered accountant, and yet another who is studying medicine. What's common among these children is the fact that they all come from low-income families (Rs 6,000/month on average), but are fast learners.

“We focus on the fundamental needs of a child, that is food, and further help them fulfill their dreams.”

The idea was to make sure these children receive a daily mid-day meal so that they could go back to school, rather than leave school to earn a meal. To be sure, the foundation believes that to bring about a revolution, innovation, focus, and simplicity are all essential, particularly due to India's vast size.

Akshaya Patra realised the importance of going local and catering to local palettes early on. So, whether it's the grains they source, or the food they serve, or the people they employ, Akshay Patra is focused on being local.

“We started at a very small scale with five schools and 1,500 children in Bengaluru, and served them khichdi. Within the first few days, consumption of food went up like anything but it dropped drastically within the next 8-10 days,” said Shridhar.

Akshaya Patra soon realised that children in Bengaluru do not eat khichdi for lunch everyday. Instead, they eat rice, sambar, and curd. Similarly, children in north India prefer rotis to rice. And so, Akshaya Patra adopted its strategy of catering to local palettes through local kitchens, local sourcing, and local transformation.

Through it all, the foundation has focused on innovative ideas and technology to ensure efficiency and hygiene. For example, it collaborated with a person from Jalandhar to build an in-house roti maker from a papad-making machine that could make 1,000 rotis in an hour. Thanks to Akshaya Patra's unrelenting focus on innovation, the roti making machine can now make 60,000 rotis per hour.

Currently, 1.75 million children across 12 states receive mid-day meals through the foundation's public-private partnership model, which allows them to ensure continuous innovation in their drive to feed children. Associated with more than 14,000 schools, it aims to feed 5 million children every day by 2020.

Shridhar says this initiative would have been impossible to execute without the government's partnership. The not-for-profit public-private partnership enables the foundation to spend 92 percent of the Rs 1,100 allocated for each child for feeding the child. Currently, its overhead cost is eight percent and Shridhar says the organisation is trying to bring this down to five percent in the next two to three years.

The foundation also focuses on transparency, which, in turn, has earned it several awards, including the Hall of the Fame for financial reporting by the Institute of Chartered Accountants, India.

“Social accountability is extremely important for a social enterprise."

The foundation, which runs kitchens for more than 100 missionaries across 14 tribal locations, aims to serve more than a billion meals each day in the coming years in order to ensure that no child goes hungry. The social impact of the work done by Akshaya Patra cannot be denied.

"When I ask employees why are you there with us for the past 10 years, they say, “Hume yahan karam aur dharam dono karne ko milta hai (We get the opportunity to both earn and do good here)."

As a social enterprise, it wants to collaborate with other social initiatives like Teach for India, and solve other problems all across the country.

Having said that, the foundation will continue to maintain its core focus on making sure children are not denied the opportunity to earn an education because of hunger. Shridhar recounts, "Another day, someone offered Rs 100 crore to build toilets in schools, but I rejected it. Yahan pe khaney ko nahi hai, toilet banke kya karenge (Here children do not come to school because of lack of food and you are talking of toilets)?"

Shridhar ends on an optimistic note for India, saying that come 2040, he expects Akshaya Patra will be "obsolete" by then because he expects the foundation would have "cured hunger.” 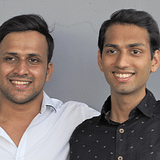