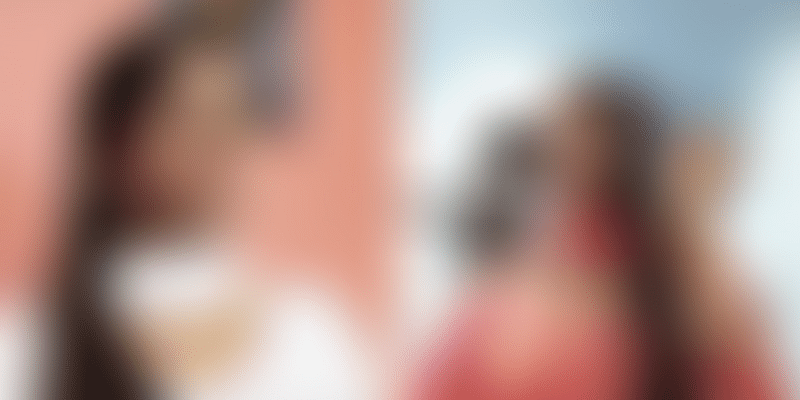 Kajal Brahmavar uses radio as a platform to demand equal rights for the transgender community, and empower them to lead dignified lives.

RJ Kajal is Karnataka’s first transwoman RJ at a popular community channel in Mangalore. Hers is a voice that echoes through the stereotypes and misconceptions associated with the transgender community.

Kajal Brahmavar, popularly known as RJ Kajal, uses radio as a platform to demand equal rights for the transgender community, and empower them to lead an equal and dignified life.

Born as a male in Mandya, around 50 km from Mysuru, Kajal suffered from severe gender dysphoria as a young child.

“Right from the time I was little, I knew I was a girl trapped in a man’s body. I felt and thought like a girl. I used to dress up in a saree and apply my sister’s eyeliner. If I didn’t get lipstick, I used to apply kumkum from the nearby temple. Everyone in class used to make fun of me, but I didn’t care,” she recalls.

Growing up, she could not discuss her problems with anyone, and certainly not with her family. In Mandya, she met a transwoman, and became enamoured with her way of life – her sense of dressing, her long hair and how she conducted herself. She wanted to be like her but knew it was not possible while living in Mandya.

When she was only 10-years-old, she left her village by lying to her parents that she was going to Mumbai for a wedding. She moved to Malad, a suburb in Mumbai. One thing was clear in her mind – she wanted to remove the perceptions of people towards the transgender community and be inclusive.

Life in Mumbai was tough. “There is no work for a transwoman. You can’t even beg, you will be cursed. If you opt to become a sex worker, you are threatened with knives and violence,” she says.

Kajal claims that she did whatever she could, and saved up enough money to have a sex reassignment surgery at 13. She then completed her education till class 10, and returned to her village to write her PUC exam in which she achieved a distinction.

But lack of employment pushed her to earn her livelihood by working as a dancer in a bar.

She later moved to Udupi where she found acceptance. “I started working as a project manager in an NGO Aashraya Samudaya that offered counselling to HIV positive people. The work was fulfilling as it helped me make a difference,” she says.

But that one childhood dream – becoming a popular Radio Jockey (RJ) remained.

Of the transition, she says, “I was invited to speak at a function commemorating Transgenders’ Day at the Roshni Nilaya College in Mangalore. I spoke about my life, what I had gone through and the challenges I faced. Abhishek Shetty from Radio Sarang heard my speech and was impressed enough to call me the same evening and ask whether I would like to be an RJ. I jumped at the offer.

Since then, there’s been no looking back for RJ Kajal.

It’s been more than a year since started hosting her hugely popular weekly live show on Monday, “Shubhamangala”. The response, she says, has been terrific with a number of people from the community opening up to her about insecurities and problems.

Soon after, she also received an offer from Mysuru, where she was selected to become India’s first transgender heroine. She has worked in many Kannada plays.

Kajal is emphatic about her mission to work for the betterment of the transgender community. Though she is happy with the benefits provided by the Karnataka government, which includes a pension and subsidy, she believes more can be done. The community needs more employment opportunities as there are enough educated candidates among them.

“I am happy all my dreams have come true. We are not wrong in any way, it’s the society that does not accept us that is wrong. Whoever we, transgender or others, if we work hard at our goals, we can move forward. It’s resilience that’s made me reach so far in life,” she says.