Segregate at source, manage waste better: how this TISS alumnus wants to help clean up India 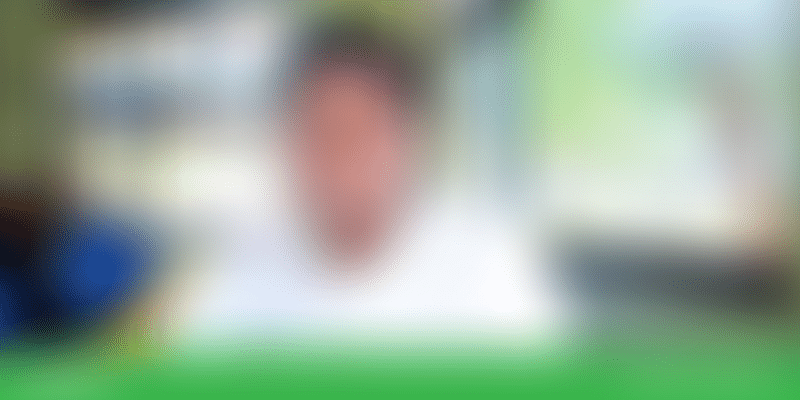 Prime Minister Narendra Modi may be vociferously backing India’s Swaach Bharat Abhiyaan, but we are yet to see systematic change at the institutional level. Experts advocate the only way out: a change in mindset and the way we manage waste.

“The situation is grim in Tier II and III cities. They are not even aware about segregation of waste at source. There are no dustbins on streets, and often waste is either dumped in the streets or sewers or burnt,” says Pramod, the Founder of DeWaste Environment Solutions.

Pramod was studying at Tata Institute of Social Sciences in Mumbai when he felt that creating awareness about waste segregation and helping convert waste to biogas in his hometown, Chhatarpur in Madhya Pradesh, could make an environmental impact.

He says: “Sixty percent of the waste that ends up in landfills is organic bio waste; basically fruits and vegetables – either kitchen waste or the discards from farms.”

Pramod says the problem of solid waste management in India is multifold— at the social level, there is lack of awareness about segregation of waste; at the economic level, the sector remains unorganised with rag pickers and garbage mafia taking control of landfills and dumpyards in metro cities; and at the environment level, there is irregular collection and disposal of waste.

Chhatarpur, with a population of 1.5 lakh, faced multiple challenges — there was lack of awareness on segregation and disposal of waste, there was irregular collection of waste, and the people did not really know which path to take.

He formulated a plan to convert the waste into biogas, which would reduce dependency on cow dung for cooking and diminish pollution, and approached the town municipality.

“They were ready to help me with all resources except financial. They offered me land and manpower,” Pramod recalls.

That was 2016, and the beginning of his startup, then named Waste Out of Wealth (WOW) Foundation. With seed funding of Rs 15,000 from TISS, he hired five volunteers from diverse backgrounds; they distributed cartons for waste collection in houses. Pramod also placed dustbins - for wet and dry waste – on the streets of Chhattarpur. He connected with Jawahar Navodaya Vidhyalaya Nowgong, Maharaja College, and Rival English School to create awareness about waste segregation, aiming at behavioural change.

Pramod worked with the Nagar Palika Chhatarpur, the municipal corporation of the town, to ensure regular and timely collection of waste. Segregated waste was taken to the landfill where it was further divided to bio-waste, which was converted to organic manure and distributed to farmers and households. Recyclable waste was taken to the recycling centre where Pramod worked with rag pickers to organise the sector. A web-based platform for recyclable waste collection helped notify rag pickers when and where they needed to go to pick up waste.

The Sarpanch arranged a meeting with farmers, and Pramod started to train them on how to convert animal waste to biogas. “Each household had 4-5 cattle on an average, which would produce over 40 kg of dump each day. This was either thrown into open pits or converted to dung-cake used for cooking. There were health concerns as animal waste would attract deemak (termites),” he says.

Solving the problem at source

After graduating in 2017, Pramod formally started his startup and renamed it DeWaste Environment Solutions, with a team of 5 people. Building on the same principles as WOW Foundation, he started work in Ahmednagar, near Pune. However, the project was short lived.

“Such a programme can be sustained only with financial support from the municipality. Like big companies in this field, we need tenders and contracts to work in recycling units, and ensure segregation and collection of waste. Also, rag pickers here have a network and despite offering them incentives for a better livelihood and earnings, I was unable to get them on board,” Pramod recalls.

As a SIIP fellow, Pramod is presently working to reduce wastage in the standard supply chain, from farm to consumer.

“Post-harvest waste is very high in India with up to 30 percent shipment losses reported due to selection of improper packaging material and physical damage to the produce,” he says.

The reasons, he says, are lack of cold storage and warehouses, scarcity of trained personnel, outdated technology, inconsistent power supply, and transportation issues. Entrepreneurs like Dr Abhay Shendye, Dr Girish Arabale, Prof Vishal Sardeshpande, and Dr Ganesh Kadam, and organisations like Big Basket, Amul, SabziWala, Safal, Kisan, and Reliance Fresh are working to reduce this waste while offering the “freshest” produce to consumers. Pramod, meanwhile, is working on a technology to increase the shelf life of vegetables.

Working at Venture Centre, Pune, with the Department of Biotechnology, he has developed a controlled atmosphere for tomato packaging that can increase shelf life and reduce mishandling injuries to tomatoes.

Pramod aims to intervene at the village level where he can use a mobile application to gauge the demand and supply; the tomatoes can then be sorted, graded, packaged, and sent to distributor channels. The proposed packaging is made of 100 percent compostable material with a moisture and oxygen barrier. Made of PLA polymer, the product is antimicrobial, transparent, light weight, and can reduce transportation injuries by placing bubble pad/absorber at the bottom.

Surplus stock would be sent to a solar cold storage unit where a solar tunnel dryer would dry tomatoes, increasing the vegetable’s income value.

“If this prototype is successful, I can focus on the leafy vegetables and other products. Reducing waste at source is essential and a win-win situation for all— the farmer gets more income as there is less wastage of produce; the consumer gets fresh vegetables that are healthier; and lesser garbage ends up in landfills,” Pramod says.

Chandra Bhushan, Deputy Director General, Centre for Science and Environment (CSE), believes that keeping our cities clean by only collecting and disposing waste is not sufficient. “What is required is source segregation, proper treatment, recycling and reuse of the waste. Zero landfill should be the goal of municipal waste management in India,” she says.

That is just what Pramod is trying to do.