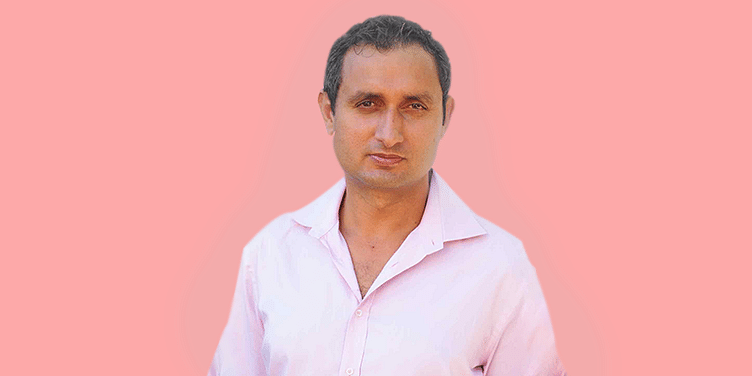 With Inventus Capital’s third fund under way, (sources say it could be as big as the $106 million second fund, but the company does not confirm this), Manu Rekhi, 43, speaks on why the Indian government needs to create a business-friendly environment and what entrepreneurs need to focus on.

The General Partners of Inventus have been investing in the US and India in their personal capacity since 1993, and backed 91 companies between 1993 and 2006. With 51 exits, they had a gross pooled IRR of 36 percent. Inventus started in 2007, and has invested $170 million out of a joint fund into US and Indian startups. The partners have backed 40 startups to date.

With its Fund III, Inventus expanded its platform into two distinct funds - Inventus Global and Inventus India. This is to capitalise opportunities and growth in India and the US, and allowing the teams to be even more nimble and focused.

The company has many exits, of which the most notable one in India is redBus. Indian investments currently on the books include PolicyBazaar and Power2SME. And the most notable ones in the US are Credit Sesame and Poshmark. The fund is now looking at opportunities in Pervasive technologies (ML and AI) across Infrastructure, Consumer and Business applications. Motivo (US) and Healthifyme (Global out of India) are examples of this investment thesis.

India needs to create 1.5million jobs every month to keep up with the pace of youths entering the workforce. Manu Rekhi believes Startup India is the best way forward, despite the limitations posed by poor government policies. In an interaction with YourStory, he tells us why he believes the government should not fund startups or venture capitalists and must only provide platforms for good policies and best practices. Manu also reiterates why Amazon is winning the retail race. Edited excerpts of the interview:

YourStory: What are your thoughts on Startup India?

Manu Rekhi: Three years on, Startup India is not what we thought it would be. When Facebook acquired WhatsApp for $21 billion, it took less than a week to go through. But when they acquired Little Eyes Labs in Bengaluru, the acquisition went through regulation hurdles that lasted months. Facebook exerted more effort on a small $10 million acquisition than on WhatsApp. The friction is just too high.

When the startup policy was being drafted, Startup Bridge India along with a consortium of organisations (TiE, Nasscom, FICCI, iSpirit and more) made 129 recommendations to make it easier for startups to grow in India, but only 10 percent of the recommendations were accepted. The policy has not created a level playing field for small companies and investors. There is too much lobbying by large firms who have a vested interest to limit competition. If this is the case, there will be a continued brain drain from India, and startups will eventually move to places of efficiency. This is why we see continued increase in registrations in Singapore and Delaware. And patchwork like POEM just convince startups to pack up their bags and move West. It’s not unpatriotic to leave India, rather it is unpatriotic to not strive towards having the best environment for startups and encourage healthy competition in India.

The other important thing is that if a country is not business-friendly, startups have to change their origin of operations. You have to be ready to move to a market that supports your business ideas. Any country keen to create a great startup ecosystem should make it friendly to smaller businesses. This is how Amazon took on the likes of Walmart and Target. The US government did not put an anchor on ecommerce startups (like Amazon) in the 1990s with burdensome regulation and taxes.

Rather, they encouraged this new category of startups by not forcing inter-state sales taxes for over 20 years. If I look at India, the government should create best practices to support startups and innovation; those are key to the country’s growth. Think about it, there are 12 million graduates every year in India and all of them need work. Startups can play a major role in absorbing these fresh graduates. And every tech job has a magnifying impact of creating three to four services jobs. Government’s job should not be on picking winners rather on good and fair policies.

YS: Tell me about brain drain and how it impacts India?

MR: Indian entrepreneurs have done very well in the US. In fact, 30 percent of tech startups in the US have an Indian founder. As Kanwal Rekhi (founder of Inventus) puts it, “The data shows there is nothing wrong with Indians to build world-class companies. They have shown it in the US. So we have to fix the root cause."

We need government policies in India that can offer a similar playing field. Startups do change the world but at their offset, they are very fragile. Poor policies and too much friction can kill them prematurely by sucking out an entrepreneur’s spirit.

I believe India should create an ecosystem of innovation and laws that support it. If the government gets involved in business, it never wins. For example, Telcos were licensed in India and there was barely any growth and terrible coverage. PM Vajpayee asked Kanwal Rekhi in late 90s for advice, and his solution was to remove licensing and do a straight revenue share. And the rest is history. The resulting boom in growth was unprecedented. The government made money on the revenues of telecom companies. This is how call rates dropped and service standards were the best in the world by 2007. But officials couldn’t keep their fingers from this pie and the Congress reverted back to the license Raj. This is a perfect example of how good policy can have a tremendous impact and how bad ones can equally be devastating. Entrepreneurs should follow the past of least resistance and focus on their core offering.

YS: Tell us a little about your investment philosophy in companies and the size of your new fund

MR: Our investment philosophy has not changed. Inventus GPs have been early-stage investors through cycles since the 1990s. We founded Inventus in 2008 to continue a model that enables founders to own a significant share of the company from start to finish. We like that alignment, and the candour and focus it enables with our entrepreneurs. We’ve written the first institutional check to over 100 founding teams leading to dozens of successful outcomes for both Founders and shareholders.

We like asset-light models, and have consciously stayed away from hype cycles. Flipkart is a great story, but their model is asset heavy – besides heavy investment in distribution centers and inventory, Flipkart had to build a logistics arm and a payments arm from scratch. It took a big risk in building these individual pieces and that's where it burnt most of its money. And along with markdowns, it obviously did not make money on a unit economics level. But, Amazon did not have to build delivery logistics and payments and that's why they have been able to grow with positive unit economics. In the US they rode on an existing payment infrastructure (Visa, Amex and MasterCard) and logistics (FedEx, USPS) to scale up. And a lot of the learnings from the US get transferred to building amazing user experiences in India.

So they (Amazon) focused on what they were good at, which is retailing online. They didn’t have to worry about the inability of users to pay online or to deliver products to the user. Flipkart pioneered cash on delivery in India, but it is an exceptionally operations-heavy business. Even the lifetime value of the customer was higher in the US for Amazon.

It will be interesting to see how Walmart makes Flipkart work, especially when the business of Walmart is all about managing the thinnest margins and remaining profitable. These are two different streams of thought; let us see how it goes. I think it’s great for Flipkart stakeholders but time will confirm the cost to Walmart’s stakeholders.

YS: We are getting swarmed by buzzwords, but what should entrepreneurs focus on?

MR: There are buzzwords across the world. We have seen waves of social, mobile, local, cloud, data science; now, it’s Blockchain and AI. A lot of entrepreneurs add these buzzwords to their decks in hopes of increasing probability of raising capital. I would encourage them to focus on the problem, and the value they drive to their users. Often, the big picture is overlooked by focusing too much on buzzwords. The reality is that four out of five AI companies I meet are basically algorithms repackaged as an AI. This is akin to statisticians changing their title to Data Scientists. I have always encouraged entrepreneurs to focus on solving pain points and building businesses.

YS: What are your thoughts on the gig economy?

MR: I am very happy with the gig economy where people get to work when they want and how they want to. Uber, AirBnB, Postmates, Taskrabbit, Upwork, Fiverr are amongst the best examples of the gig economy, and I see several business models coming up.

Let me give you an example. A few months ago, my Uber driver pulled up in a Tesla. The driver was a polished elderly woman who I stuck a conversation with as I do with most of my Uber drivers. She didn’t strike me as someone who needed to make ends meet. What I learnt surprised me and demonstrated the power of the gig economy beyond its initial supplier target. She lived in an upscale neighbourhood near San Francisco. Her husband of 35 years had died a year ago and her adult kids were on the east coast. She was depressed and couldn’t connect with her equally rich friends. And her therapy sessions weren’t yielding results. She wanted to connect with real people and get back to a simpler life and the only way she found that possible was working as an Uber driver – and striking conversations with passengers.

This is a value beyond money that Uber hadn’t counted on. And there are countless mothers who are raising our next generation that can’t afford to be in a full-time position. Gig economy companies are giving them a wage and besides helping ends meet – a sense of being part of the job market.

This is a sort of a gig economy where people work at their convenience and offer their services to others. I believe technology will make mankind better. Everyone says AI will kill jobs, but I think otherwise. It will automate mundane jobs freeing up human potential to do more.

To bring it back to the initial topic, I sincerely believe that startups are the job engine for any society and policymakers should either help them or get out of the way.

(The meetings were arranged by TiE Mumbai in Menlo Park, BootUp Ventures)