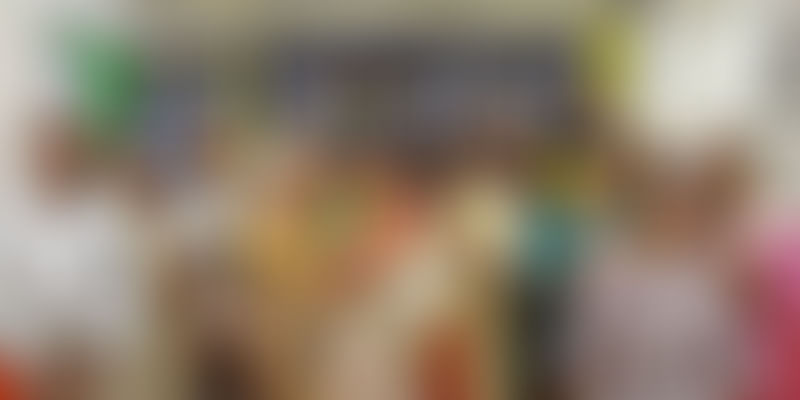 Sweekar - The Rainbow Parents is a support group for parents of LGBTQ+ children and aims to create awareness and change mindsets.

In a unanimous verdict in September this year, the Supreme Court struck down Article 377 of the Indian Penal Code (IPC), decriminalising homosexual behaviour. The decision is the first step towards providing the LGBT community in India with equal status and rights. But things won’t change till people, especially parents and family, become more aware and accepting of the community.

That’s where Sweekar – The Rainbow Parents comes in. The support group for parents of LGBTQ+ children was founded by filmmaker Sridhar Rangayan in 2016 in Mumbai. Sridhar’s personal experience – he came out of the closet in the 90s – is what drove him to set up the group.

In an interview with the NBC news, he says,

“My mother found it very difficult to understand and accept me as she neither had the information nor the resources — and absolutely no support from her peers.”

Realising that a parent’s acceptance is what makes a child feel secure about his or her identity, Sridhar decided to help bring about change.

Sweekar now has 44 members, who are constantly updated about what’s happening in the LGBTQ space through a WhatsApp group, says The Better India.

A parent needs to fill a simple form on the group’s Facebook page to join. New members are first educated about various terms such as gay, lesbian, transgender etc. The parents are always offered support in various related issues. The Mumbai-based group aims to support and empower its members.

Sridhar directed the 2018 movie Evening Shadows, which showcases the struggles of a parent when confronted with their children’s sexual identity as per NBC news. The movie premiered at the Mardi Gras Queer Film Festival in Sydney, Australia, on February 25. Later, he donated Rs 1 lakh from the crowdfunded Rs 20 lakh for his movie to the foundation.

Sridhar is also credited with the founding of Kashish Mumbai International Queer Film Festival, which screens gay, lesbian, bisexual, transgender and queer films from India and around the world.

Neelkashi, a professor of English in a suburban Mumbai College and father to a bisexual daughter, said to The Hindu, “There have been cases of suicide and children leaving home. What parents need to do if they come to know about a sexuality crisis is read up on the matter and offer support. Acceptance is more important here than what everybody else is thinking.”

The members include 60-year-old Padma Iyer, mother to LGBTQ+ activist Harish Iyer. It was only when she started attending Sweekar meetings that she realised homosexuality wasn’t unnatural. She says,

“Given my conservative background, if I can come out as a parent, others can too.”