Lalita Mukati is championing organic farming in MP’s Barwani district, one farm at a time 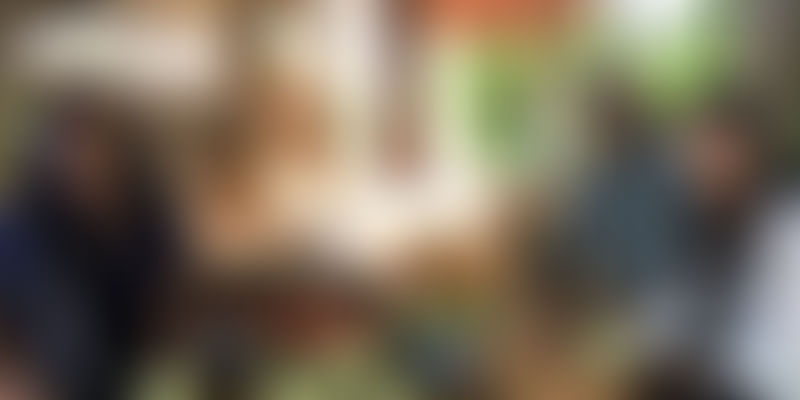 Lalita Mukati took up organic farming in her fields, and is encouraging fellow villagers to switch to natural farming practices.

In a quiet village in Madhya Pradesh, a silent revolution is afoot. Crop yields have increased and farmers are earning more than ever before. Most of the credit for this goes to a 50-year-old homemaker.

This is the story of Lalita Mukati and her village - Borlai.

She has also been recognised by the Krishi Vigyan Kendra with a “Best Farm Woman Award” for introducing organic farming in custard apple.

From standard to organic farming

But life was not this rosy earlier. Lalita had no agricultural background and her husband Suresh Chandra Mukati managed the family’s 36-acre farm. He has a Master’s degree in agricultural science and wanted to study advanced farming techniques.

I was busy with my kids while my husband was working in the fields. After the children grew up, I was sitting idle at home and decided to help my husband in the farm. He wanted to learn more about agriculture techniques and I decided to take over responsibility of the farm.

For the first few years, Lalita learnt to farm the ‘standard’ way, using chemical fertilisers and insecticides. “The chemical fertilisers did no good. We ended up losing 70-80 percent of our income and ended up with no savings. With organic practices, we are saving a huge margin of our money. For instance, the work that was done for Rs 10,000 earlier can now be done for only Rs 3,000.”

Lalita switched to organic farming in 2015 and even started making her own organic fertilisers and pesticides at home using ingredients like cow urine and cow dung. To start, she planted custard apple, sapota and cotton.

She also used vermicompost and kitchen waste. On whether she had thought about selling her homemade insecticide sprays as a business, she says, “I don’t have a business model because everyone has the resources to make it, and if anybody needs it, I give it to them at no cost.”

Paving the way for others

Seeing the yield from her farm, others in the village also took to organic farming.

In 2016, her land was registered by the Madhya Pradesh Biological Certification Board as organic, which allowed her to sell the produce in other states like Maharashtra, Delhi and Gujarat.

There are people who are able to understand the benefits of organic farming. The number isn't large for now, but it will take time as they have certain financial constraints which bar them up to some extent, says Lalita.

As government and other district officials showed their increasing support for organic farming, Lalita began to help other villagers implement these farming practices in their fields. "The process of making people aware of organic farming is going on and will go on. People will see the results in some time as it is a time-bound procedure but eventually, the results will be fruitful."

Lalita, who has a BA degree, says she learned organic farming methods and preparation of homemade fertilisers and pesticides from local magazines and from her husband. She explains, "It will take some time to completely switch over to organic farming, if not three then six years, but one shouldn't give up. The results are worth the wait as it will not only eradicate diseases, but also enhance the surroundings, and serve the farmers for a longer period of time."

She has been selected among the 112 women across the country to be felicitated by Prime Minister Narendra Modi in New Delhi for her contribution to agriculture.

Lalita now also breeds earthworms to help enhance soil fertility and is practising hydroponic farming – a method of growing plants without soil. She says, “We take a small plastic bag in which we fill water and add a little bit of soil for the plant.”

In 2014, the Lalita and her husband were selected under the Mukhyamantri Kisan Videsh Adhyan Yojana and travelled to Germany and Italy to learn high-tech farming techniques. She came back inspired to install a solar pump, and today, her home is partially electrified by solar panels. She has also moved from the LPG to biogas in her kitchen.

I witnessed a great use of solar equipment in foreign countries for farming. The water pumping in our field has become very easy, as it works automatically in the day and turns off at night.

Lalita today heads an association of 21 women under the banner of Maa Durga Krishi Mahila Sangathan and promotes organic farming in the region. She goes from field to field explaining why organic farming is important.

My motto is to make people aware of the dire consequences of the chemical fertilisers and how it is deteriorating our fields. In the future, our children won’t have nutritious food. Initially, it does take time to switch over to organic farming, but it does have a long-lasting impact on our yields.