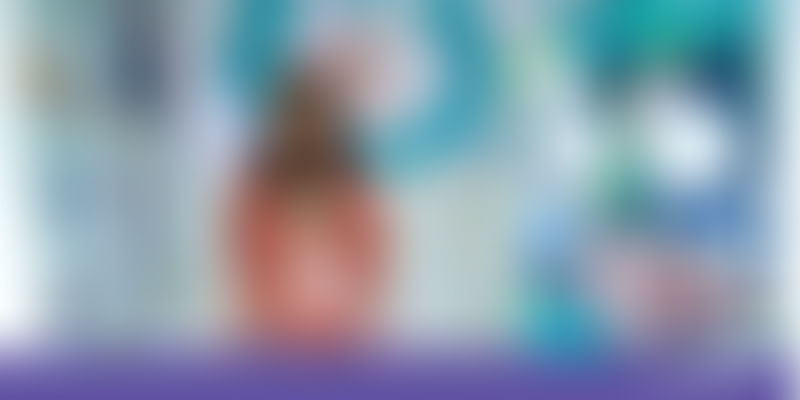 Pooja Kaul has brought together communities of donkey farmers across Solapur, Dasna, and Ghaziabad to collect donkey’s milk and produce organic beauty products under her brand Organiko.

Legend has it that Queen Cleopatra of Egypt bathed in ass’ milk as part of her beauty regimen and that 700 donkeys were employed for this express purpose.

She wasn’t the only one. In the course of history, many women have turned to donkey’s milk to preserve their beauty and vitality. And now this woman from Solapur is bringing it to our bathrooms.

Pooja Kaul can be called an intrepid entrepreneur. This young twenty-something not only hit upon the novel idea of producing beauty products from donkey’s milk, but also galvanised communities of donkey farmers in Solapur, Ghaziabad, and Dasna.

The making of Organiko

And there lies the story of Organiko - Beautifying Life, a social venture that claims to produce India’s first 100 percent natural soaps made of donkey’s milk. Research has established that donkey’s milk is rich in vitamin E, vitamins A, B1, B6, C, D, E, Omega 3 and 6, and amino acids. It also contains high amounts of calcium, and retinol, which helps reduces wrinkles and lines.

Pooja was doing her master’s course at the Tata Institute of Social Sciences in Tuljapur when she came into contact with donkey owners in their local communities.

“I wanted to stay back in Solapur after my course, and start off on the project. But my family dissuaded me. I had an idea on one hand and a government job on the other, and I had to choose. But I never wanted to give up on my dreams. I decided go with the dream of working on an unusual idea,” she remembers.

“There are about 3.4 billion donkeys in India, and one litre of donkey milk can cost up to Rs 3,000. Our initiative aims to benefit donkey rearers who suffer from seasonal employment issues. Unemployment is rampant during the monsoon, as the donkeys are left to roam around freely and the men find meagre-paying odd jobs like painting and other physical labour. The nomadic tribe’s children suffer without a stable education,” she says.

Organiko buys donkey’s milk from donkey owners at Rs 2,000 a litre. It is then used to make organic beauty products such as soap. Organiko’s range includes Donkey Milk Natural Ingredients Soap and Donkey Milk Charcoal & Honey Soap. They are sold through various channels, online and offline.

Pooja found a co-founder in her classmate, Rishabh Yash Tomar, and now heads a team of seven. Organiko has also expanded to Ghaziabad and Dasna.

Pooja is happy to have started up in a small town. She believes entrepreneurs in small towns can have a variety of positive effects on local communities.

“It makes a lot of sense to start a business that is very close to the resources. Seventy percent of India’s population lives in villages. While chasing our dreams in cities, we forget that rural India is rich in resources and if we include them, we can employ more people,” she says.

But starting up in a small town also comes with its own set of challenges. Often, Pooja feels “dominated” because she has to obtain the approval of men. She explains, “One of the difficult tasks comes up during community mobilisation, visiting slum communities alone and asking them to join our initiative. They often make inappropriate comments and sometimes call me mad because I ask them for ‘Gandhi ka Dhudha’. I do feel unsafe collecting milk at 5 am. I feel these problems could be avoided if I were a man. These socio-cultural impediments stall progress. At the same time, being a woman, I understand that life is full of difficulties, you have to meet them, greet them, and defeat them. You will see my struggle, but you will never see me quit.”

Organiko is currently bootstrapped, and founders plough their revenue back into the business. They also use the prize money won at various competitions to take the venture forward.

People initially may have scrunched up their noses at the thought of donkey’s milk, but awareness about its benefits has led to a favourable response.

“We were questioned by animal rights activists as well as vegans. But we explained that animals are in no way harmed during the milking process. A donkey gives 500-750 ml per day and one donkey owner has an average of 4-12 donkeys per house. We take around 100-200ml milk from a donkey; we milk them every alternative day so that their young ones can have enough milk,’ Pooja says.

Organiko works with 12 donkey owners on an average. “We want to expand our network and start working with at least 50-95 donkey owners by 2019. We also plan to launch organic skincare products that incorporate donkey’s milk,” she adds.

Pooja believes no dreams should be too big for your town.