In light of #MeToo, what you should know about sexual harassment in the workplace 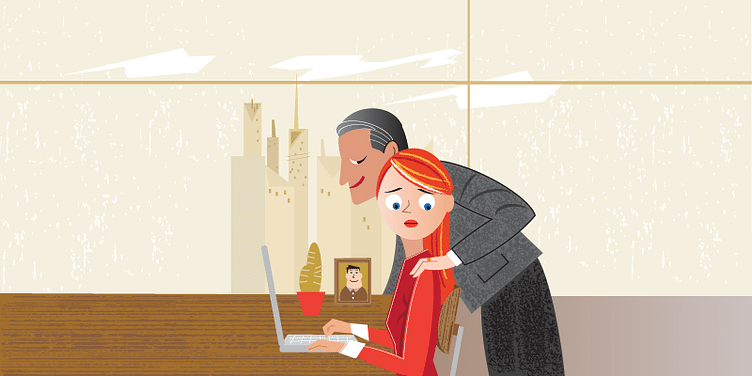 The #MeToo movement has seen a large number of women speaking up against sexual harassment and abuse. It’s important to know the laws that can help you seek redressal.

What constitutes sexual harassment at the workplace? Why is it imperative for organisations to create a comfortable working environment for its women employees? How does the law work? As a victim, how do you get a fair hearing?

YourStory spoke with Rashi Rajani and Jessica Katyal, Associates at Rajani Associates to know more about the legal recourse available for victims of sexual harassment.

Why should compliance norms towards sexual harassment be a priority of the top management?

Sexual harassment against women has always been prevalent, where a certain section of the society encourages misogynism and harbours male chauvinists. Traditionally, it has been a custom to endure and sideline sexual offences against women until a major incident motivates it to create a strong legislative framework against it.

Prior to 1997, there was no recognised course of action for sexual harassment at the workplace. Any incident was to be reported under the relevant sections of the Indian Penal Code. The public outrage created by the Vishakha vs State of Rajasthan matter made the government realise the need for guidelines to fill up the legislative vacuum. Consequently, laws against sexual harassment at the workplace had its first flight in the year 1997 and finally the Sexual Harassment of Women at the Workplace (Prevention, Prohibition and Redressal) Act, 2013 (Sexual Harassment Act) came into force on December 9, 2013.

With companies focusing on gender diversity, creating a comfortable and safe working environment is more of a right than a choice for all employees. Today, with more women joining the workforce, companies need to ensure that their establishments are safe so that women employees feel secure and can work at ease.

Companies cannot turn a blind eye to harassment at the workplace. Such issues are widespread across different levels, sectors and industries, and if not dealt with care, skills and maturity, can have an adverse effect on the reputation and growth of a company.

The Sexual Harassment Act puts the onus on the management/employer to comply with all the provisions of the Act and help the aggrieved women seek redressal. In addition, non-compliance with its rules can put a company’s reputation at stake and may cause significant loss in its growth as well.

What is the legal recourse available for a victim of sexual harassment?

A victim of sexual harassment can make a complaint of sexual harassment at workplace, in writing, either directly or indirectly, to the Internal Complaints Committee (ICC) formed by the company under the Sexual Harassment Act. The victim even has a right to make a complaint to the Local Complaints Committee constituted by the district officer in every district, if an ICC is not formed or if the complaint is against the employer or the presiding officer.

In the event the perpetrator is an outsider (not being an employee of the establishment/workplace at which the incident of sexual harassment took place), the company/employer must assist the victim in initiating action under the Indian Penal Code against the perpetrator.

What is a ‘hostile environment’ when it comes to sexual harassment?

Quid pro quo is Latin for “this for that” or “something for something” and refers to an exchange. It is an exchange between employees, where one is asked to provide sexual favours in exchange for something else, such as favourable treatment in work assignments, pay or promotion.

The connotation 'hostile work environment' has a straightforward meaning where the work environment becomes intimidating, uncomfortable, offensive, and inimical and humiliating due to unwelcome sexual conduct. A hostile work environment affects physical and/or mental wellbeing of an employee. For example, if any employee is threatened, interrogated inappropriately, blackmailed, stalked or cornered at work. It also includes sexually explicit talk or emails, sexually provocative images, comments on physical attributes or inappropriate touching.

How do you determine if the conduct is unwelcome?

Whether a particular behaviour constitutes sexual harassment depends largely on whether the behaviour is "unwelcome" to the target.

Any unpleasant, non-solicited or any physical, non-verbal and verbal act not wanted by the offended person may be conceived as an unwelcome conduct.

While one may perceive his behaviour to be friendly and harmless, a co-worker may find the behaviour offensive and unwelcome, so it is important to think before you act in a way that could be reasonably perceived as sexually offensive.

Whether any act is welcome or not may depend on the person, the circumstances and context of the behaviour. While certain behaviour like cracking sexual jokes or hugging may be typical behaviour in your workplace, it is generally not advisable, since there is a risk that your behaviour may be unwelcome.

Does the act constituting sexual harassment have to occur at work?

What is the difference between sexual harassment and discrimination?

If I am a victim of sexual harassment, what should I do?

If you are a victim of sexual harassment then you should make a complaint in writing to the ICC constituted at your workplace or Local Complaints Committee (LCC) in case the ICC is not constituted. The complaint should be filed within three months of the the incident taking place and in case there are a series of incidents, then within three months the last incident took place. The time period for filing the complaint can be further extended, if the ICC is satisfied that the circumstances were such which prevented the woman from filing the complaint.

How can an employer prevent sexual harassment in the workplace?

What if an employer does not respond to a victim’s complaints?

What is an appropriate remedy for a victim of sexual harassment?

The victim should make a complaint in writing with the ICC or LLC (in cases where a workplace has not constituted ICC), within three months of the the incident. The ICC or LCC will, before initiating an enquiry, at the request of the woman take steps to settle the matter between her and the respondent through conciliation. In the alternative, the ICC or LCC will make an inquiry complaint as per the rule, and if no such rule exists then the ICC or LCC will forward the complaint to the police within seven days for registering the complaint under Section 509 of the IPC.

During the pendency of the inquiry, the victim can ask for transfer of the workplace of the respondent or a leave of three months. The inquiry should be completed within 90 days following which the ICC will recommend the relief or the action to be taken by the employer. The employer or District Officer has to act upon the recommendation of the ICC within 60 days its receipt.

Where the allegation against the accused has been proved, the ICC or LCC will recommend it to the employer or the District Officer (D.O.) to take action against the sexual harassment:

# As a misconduct in accordance with service rules;

# To deduct an appropriate amount from the salary or wages of the accused;

# If the ICC is unable to make any deduction (or the accused has left the organisation), the ICC may direct the perpetrator to pay such amount to the victim;

# If the perpetrator fails to pay the sum, the ICC or LCC may forward the order for recovery of the sum as an arrear of land revenue to the concerned D.O.

Are there steps I should take to protect myself in the future?

It is important to be cautious about the work environment, and the people we work with. If during the course of interacting with people, we learn that there has been an undertone of sexually coloured remarks, like innuendo, flirtatious undertones in personal text messages or emails then one must send a strong warning to the person, which will keep them on guard. In case the warning is not good enough then the victim should immediately file a complaint with ICC or LLC. In case of situations that deal with sexual harassment at physical level, one may even learn a few self-defense tricks or carry a bottle of pepper spray.