From 2015 to 2018, Hyderabad has made all the right moves to become a startup hub 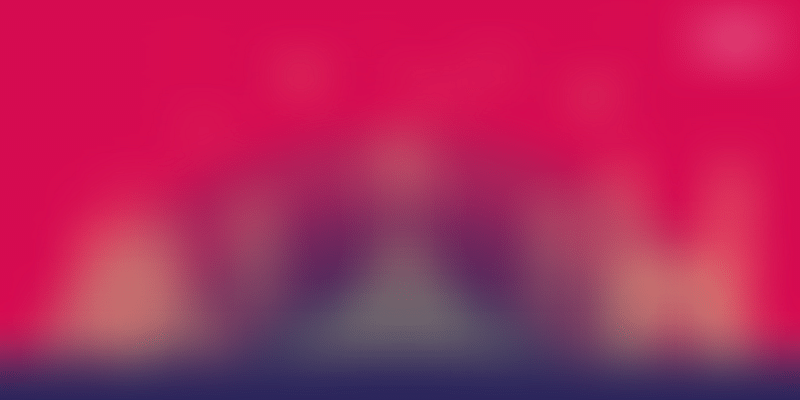 From setting up co-working spaces to offering mentorship, funding, and even facilitating tie-ups with corporates, the Telangana government is putting Hyderabad on the startup map.

When the Indian startup ecosystem – then mostly limited to Bengaluru and Delhi-NCR - was witnessing a funding frenzy in 2015, Hyderabad was still recovering from the turmoil in the wake of Telangana's birth. Known for its IT legacy, over the years, macroeconomic factors had hampered growth and 2015 was almost the year for a fresh start.

Three years on, the city has acquired a serious reputation as a growing startup hub. It's not just about the funding that Hyderabad-based startups have raised. The number of entrepreneurs choosing to start up in the city is growing, as is the number of partnerships among startups, academic institutions, corporates, and the government.

One strong indicator of growth is funding raised. According to YourStory Research, Indian startups raised $8.3 billion in funding in 2015. Startups from Hyderabad raised $43 million that year - just 0.52 percent of the total. Cut to 2018: Indian startups have raised $11.23 billion so far. Of this, Hyderabad-based startups accounted for $400.95 million - that's 3.5 percent of the total.

The sheer number of startups too shows strong growth. In 2015, the Nizam's city was home to around 1,500 startups. Today, that number has grown to 4,000, according to the Telangana State Innovation Cell (TSIC).

A bigger push towards new-age technology

“Hyderabad has always had a strong entrepreneurial DNA. The IT legacy is testament to that. But in these three years, there has been growing awareness and push towards new-age technology startups. Each year, at the Centre of Innovation and Entrepreneurship (CIE), the kind of startups that come in are different. The entrepreneurs are maturing and growing,” says Ramesh Loganathan, a professor at IIIT and a mentor and guide at CIE.

There is also a growing number of students looking to start up, he adds. According to the CIE, there are 18 student-driven startups at IIIT today, up from just eight in 2015. In all, CIE is currently incubating 78 startups versus 54 in 2015.

The push to increase startup activity in the city comes from government quarters as well – while different states have announced startup-friendly policies, for Telangana, the idea was more of a ‘need to have’ than ‘nice to have’.

“Being one of the youngest and newest states in the country, our first agenda was to build an ecosystem of technology and innovation. Post bifurcation, Hyderabad needed to catch up, and that needed to be done fast. We felt the quickest way to do that was by encouraging startups. So, we began with a basic framework and policy, and ensured it was translated on ground.”

The state government’s policy framework focused on physical infrastructure and programme management capabilities, which facilitated the setting up of T-Hub in a public-private-partnership involving active participation from three academic institutes - IIIT-H, Indian School of Business (ISB), and NALSAR.

In the first phase, 2016 saw T-Hub become operational. It is spread over 70,000 sq ft and currently houses over 200 startups. The policy document by the government states that in the second phase, the facility will be spread over 3 lakh sq ft and will house over 3,000 startups.

T-Hub offers a co-working space that gives startups a chance to forge partnerships with companies, investors, and mentors, among others. Gayam Motors, an electric vehicle (EV) startup, which was incubated at CIE and T-Hub, was selected to be a part of the Summit Mercedes-Benz EQ Global Fellowship.

“A large part of Telangana is government land so it can be easily given to set up labs and central government institutes. What we need to push is an output, and get in a stronger density of companies,” says Phanindra Sama, Chief Innovation Officer, TSIC and Co-founder of redBus.

The CIE is now planning to set up an accelerator that will focus on health/medical technology startups.

“We realised there were a growing number of healthtech and healthcare startups in the city. These needed special attention and focus; hence, we thought of developing an accelerator inside CIE itself. Many startups in the space could be a part of the incubator,” says Ramesh.

In October this year, the government also announced the first phase of T-Works to focus on manufacturing and product startups. Sujai Karampuri, CEO, T-Works, says, “The idea has been to create a platform and a framework where converting an idea into a product becomes easy for hobbyists, engineers, makers, engineers, entrepreneurs, etc.”

T-Works wants to lower the barriers-to-entry for prototypes and create an environment where failure to develop a product is not frowned upon.

Sujai says that as a nation we have embraced software-related solutions and businesses, but, the "same is not the case when it comes to developing a product in the domain of mechanical, electromechanical and electronics”.

IT Secretary Ranjan says that with the legacy of IT and corporate tie-ups, stronger collaborations would be the way forward. “There are currently 40 incubators in the city, but they need to collaborate to grow faster. Collaboration always helps and makes the city grow faster. It is like the fuel that pushes strategy into action. We have all the different aspects of the ecosystem.”

Also read: The secret behind Hyderabad’s rise as India’s entertainment-tech hub in 2018

Bringing in the moolah

The five must-haves for a startup are idea, implementation, market, a team, and funds. To create a sustainable funding model for startups in the city, the government also set up the T-Fund last year. With an initial corpus of Rs 100 crore, it invited startups to apply so that it can fund them. The T-Fund is also planning to start a Rs-600-crore seed fund that will take contributions from private investors.

Government efforts are clearly in place, but what of the private sector and its faith in the Hyderabad startup ecosystem?

“Startups in Hyderabad are as good as startups in Bengaluru, Delhi, or Mumbai. We don’t invest in startups on the basis of the city or the region they are based out of,” says Vaibhav Agarwal, Partner, LightSpeed Ventures.

While there is increased interest in the ecosystem, there are few funds or investors with offices in Hyderabad. The one that stands out is Endiya Partners. The Hyderabad-based early-stage venture capital firm was started by Sateesh Andra, Dr Ramesh Byrapaneni, and Abhishek Srivastava. The two-year-old fund has approximately Rs 200 crore to invest, and focuses on SaaS, security, mobility, semiconductors, fintech, digital healthcare, and medical devices.

Of the 12 companies in Endiya Partners’ portfolio, three - Ekincare, Cygni Energy and Darwinbox - are based out of Hyderabad.

“We believe Hyderabad has a strong base of entrepreneurs and entrepreneurship. There is a strong product and growth focus in startups here. Also, when it comes to investments, we are sure we will soon add more Hyderabad startups to our portfolio,” says Sateesh.

A seed investor based in the city says, “The founders are getting a little more mature, and the startups here are understanding the focus on product.”

Also Read: YS Exclusive: After redBus, Phanindra Sama on a journey to build the new India story in Telangana

What would put Hyderabad on the startup map in a bigger way, say mentors and founders, is having a big startup from the city. Anu Acharya, Founder of Mapmygenome, says startups from the city are more driven towards enterprise tech, software, and healthcare. The last is, in fact, one of the top sectors garnering investment. This year, healthcare has accounted for $130 million of the total funding raised by Hyderabad-based startups.

Also, ThinCI, which is registered in the US, but runs its operations from the city, raised Series C of $65 million this year, reinforcing its image as a favourite for SaaS startups.

“I am guessing this (focus on healthcare and SaaS) is driven more by the legacy of healthcare and IT in the city,” says Rohit Chennammeni, Co-founder, Darwinbox, an HR-tech startup.

Endiya’s Ramesh Byrapaneni, a cardiologist-turned-investor, says that while the existing healthcare ecosystem has enabled the growth and development of several healthtech startups, a complete ecosystem would help.

“We already have large pharmaceutical companies and hospital chains here. What is needed is an ecosystem of interaction. Currently, I feel many startups lack an understanding of ground realities. If they begin working with the hospital chains and pharma companies, they can build solutions for real-world problems. I see that happening now,” he says.

Healthtech startups based in Hyderabad include StanPlus, Nephroplus, Call Health and Ekincare.

Mahesh Lingareddy, Chairman of consumer tech firm Smartron, says, “When we talk of startups, there has been a push or focus towards B2C or more consumer internet companies. Now, we believe there is a need for real product innovation. Hence, I founded Smartron out of Hyderabad. When I came back (from the US), I knew I wanted to do something more than IT services, which was strong in Hyderabad. I wanted to put product innovation from India on the world map.”

To this, Sujai adds that over the last 10 years, Indians have been slowly gravitating towards building businesses around hardware, both mechanical and electronics. “We have companies that make wearables, electric bikes, IoT gadgets, and medical devices right here in Hyderabad. With Industrial Revolution 4.0, creating products has become democratised. Indian startups are bound to take advantage of this trend and T-Works will become a great enabler,” he says.

“There is a redBus mafia, a Flipkart mafia, a FreeCharge mafia - we need something like that here,” says Phanindra. “Each of the larger companies should give birth to 30 more companies; that will create a vibrant ecosystem. We need one big ingredient - a strong mix of a mentorship network of people who have built large companies and old traditional businesses. At TSIC, we are working to bring in that round of collaboration,” he adds.

While ThinCI might have created waves for Hyderabad, it is still missing a big name like Flipkart or Paytm.

Ramesh says the number of applications from students to be a part of CIE has gone up as against those from people with experience. “There is an increased number of students willing to experiment and try out. Three years back, we had to build more awareness and tell students that they could look at entrepreneurship as an option. Today, students themselves approach us. However, there can still be more number of students coming in,” he adds.

Over the last three years, Hyderabad has been going all guns blazing – from policies and infrastructure to funding, mentorship and even education. What remains to be seen is how it succeeds and how the Hyderabad startup ecosystem evolves in the days to come.