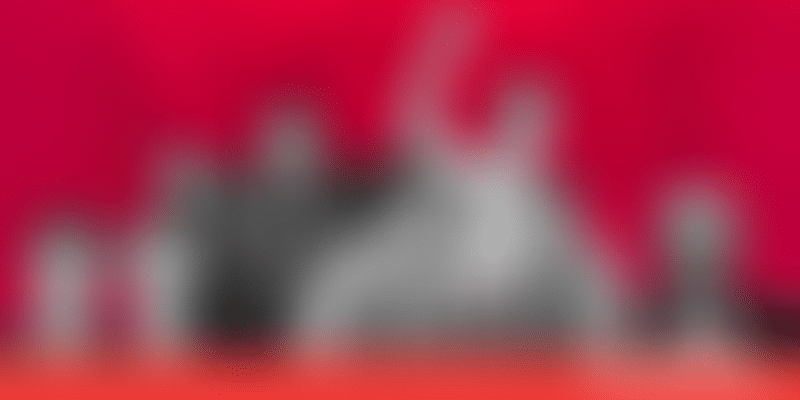 When the going gets tough, these five films will inspire, motivate, and buoy even the most jaded business owner.

Films are more than just entertainment. A great film can stimulate the mind, ignite imagination, and bring originality to personal and work life. Be it the larger-than-life stories of corporate moguls, aspiring entrepreneurs, and social changemakers, or events that rocked Wall Street, realistic characters and good narratives can communicate entrepreneurial lessons like nothing else can.

While all-time classics like Will Smith-starrer The Pursuit of Happyness, Martin Scorsese’s The Wolf of Wall Street, The Social Network, and 2013 drama Jobs continue to inspire entrepreneurs around the world, 2018 also brought forth some inspirational films. Released both nationally and internationally, these five must-watch films steered us towards taking (or thinking about) that first entrepreneurial step.

Mirroring the current socio-political climate in the country and the theme of “Made in India”, director Sharat Katariya stitched together a unique rags-to-riches story, peppered with genuine moments of heartbreak and exhilaration. In Sui Dhaaga, Varun Dhawan portrays Mauji, a quintessential rural youth on the lookout for that make-or-break moment. He is accompanied on his journey by his seemingly docile wife, Mamta (Anushka Sharma), a rather ordinary set of family members, and some extraordinary ideas.

Things take a turn for this couple when Mauji loses his job and decides to take up tailoring as a full-time business. However, the road to self-employment is filled with a series of hurdles, including the lack of opportunity, funding, and confidence. The brilliance of this movie lies in its simplicity and depiction of core human values.

Money, power, and business – these are the words that best describe Saif Ali Khan’s business crime drama Baazaar. Directed by Gauravv K. Chawla, the film shines the spotlight on the Indian stock market and one might even find strong similarities with the 1987 Hollywood classic Wall Street.

At the centre of the plot is the friendship-turned-rivalry between stock trader Rizwan Ahmed, played by Rohan Mehra, and financial maven Shakun Kothari (Saif). Guided by his ambition and sharp trading skills, Rizwan attempts to climb the corporate ladder. But little does he know that loyalty would prove to be his Achilles heel in a world where he is played by business moguls like Shakun. The storyline relies on the good old thrills of a crime drama, but offers valuable advice to aspiring entrepreneurs with the addition of stock market elements.

Undoubtedly, Akshay Kumar-starrer Pad Man was THE movie of the year, replete with a social message and a tip or two for all those who have come up against a roadblock in their entrepreneurial journey. Chronicling the real-life story of the “sanitary man” aka Tamil Nadu-based social activist Arunachalam Muruganantham, this biographical drama turned out to be quite a conversation-starter.

For the uninitiated, Pad Man follows the journey of Laxmi (Akshay) as he undertakes extreme challenges to find a cheaper alternative to sanitary pads available in the market. Initially, for Laxmi, it’s all about making life a little easier for his wife Gayatri (Radhika Apte). However, as he gets involved with the process, deeper social stigmas and taboos are explored against the backdrop of invention, product testing, and the key principles of social entrepreneurship.

Those tracking the American-Chinese stock market scene and the corresponding investment firms are sure to find the Jed Rothstein-directed The China Hustle an interesting watch. Centred on a couple of Wall Street investment firms such as Roth Capital, the real-life-inspired film explores an ongoing scam that started taking shape sometime around 2008 in America. The period saw a spike in investment as unsuspecting people were goaded into the Chinese growth story.

Featuring in-depth interviews with investments bankers, journalists and even whistle-blowers, The China Hustle had a limited release and earned rave reviews on popular sites like Rotten Tomatoes.

Another film based on true events, director James Cox’s Billionaire Boys Club is a biographical drama rooted in the story of a Ponzi scheme. Back in the early 1980s, a bunch of boys from Southern California, rich and in their teens, came up with a get-rich-quick idea. Of course, the plan involved a fraudulent scheme and eventually led to a fatal climax as Joe Hunt, one of the members of the club (played by actor Ansel Elgort), and Tim Pitt (Bokeem Woodbine) end up killing one of the investors.

Billionaire Boys Club boasts a star-studded cast, including the likes of Elgort, Taron Egerton, Kevin Spacey, Emma Roberts, and Jeremy Irvine. The financial crime thriller serves as a great precautionary tale for those new to the world of business and finance.