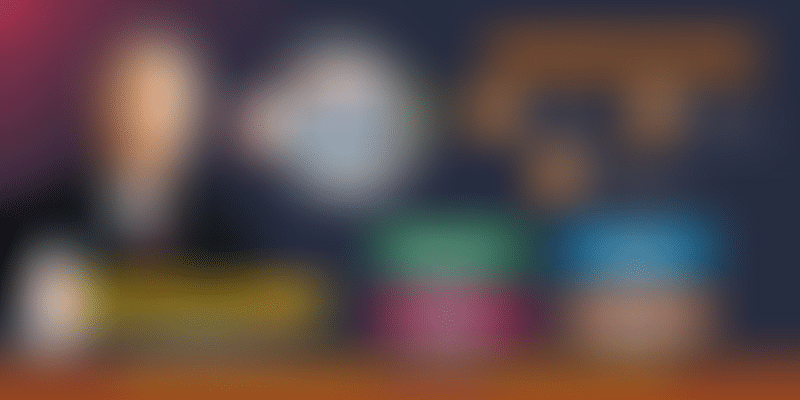 Words and ideas can inspire people to change the world.

Ask some of the most successful people what inspires them, the answer more often than not, is a thought, a conversation or prose. And, that little idea, that little knowledge, sowed the seed for action. In essence, the power of words and ideas are irrefutable.

Let’s take for instance the Chicken Soup for the Soul series, the award-winning series of inspirational stories and essays that was the staple for the teens and adults of the 80s and 90s. At a time when the Internet was nearly inaccessible, these books had a ‘viral’ element to it. It never failed to uplift and boost your spirit.

For the uninitiated, the Chicken Soup for the Soul book series is one of the bestselling series ever, with over 100 million books sold to date in the USA and Canada alone, more than 250 titles, and translations into more than 40 languages. Co-authored by Jack Canfield and Mark Victor Hansen, these books have forever changed the lives of millions for the better.

Now, here’s the next thought – if just the words of some of the most successful people can have such a tremendous impact, how life-changing can it be if you get a chance to meet some of them?

Register for the National Achievers Conference 2019. Get a chance to hear from and meet some of the most successful motivational speakers and trainers.

Well, here’s one opportunity. Among the host of celebrated speakers, trainers and entrepreneurs who will be a part of the National Achievers Conference 2019 is Jack Canfield. The American award-winning author is also a celebrated motivational speaker, corporate trainer, and entrepreneur. For over 40 years, he has been teaching entrepreneurs, educators, corporate leaders, and people from all walks of life how to create the life they desire. Including the Chicken Soup for the Soul series, he has authored and co-authored more than 150 books out of which 66 are bestsellers. His bestselling book, The Success Principles: How to Get from Where You Are to Where You Want to Be has been hailed as the new self-improvement classic, now containing 67 of the most powerful secrets to success. In 2014, SUCCESS magazine named him ‘One of the Most Influential Leaders in Personal Growth and Achievement.’

In addition to Jack Canfield, the NAC will host speakers like Rajiv Talreja, Nik Halik and Sandy Jadeja. Rajiv is India's leading Business Coach and the author of the international bestseller and Amazon bestseller book titled – ‘Lead or Bleed’ - How entrepreneurs and corporate leaders can stop fire-fighting and start accelerating performance and profits. Rajiv has also been instrumental in handholding businesses across India through the P.A.C.E system with an unprecedented degree of success. He is also a serial entrepreneur for the last nine years.

Civilian Cosmonaut, Adventurer, Nik is the Founder and CEO of Financial Freedom Institute. His recent book ‘5 Day Weekend’ is currently an international bestseller. Sandy is a Chief Market Strategist and International Trading Educator and has been involved with financial markets for over 24 years. He has been voted in the top 50 most influential people for Forex, CFDs and Spread Betting. Thousands of students from UK, Europe, USA to Asia have enjoyed and benefited from applying his trading strategies.

The NAC speakers will introduce you to new ideas and inspire you with their life stories and journeys, their expertise and most importantly help you learn practical techniques to grow your wealth exponentially. In essence, National Achievers Conference will show you how to steer in the right direction, rev up the accelerator and move ahead further and faster than you ever imagined possible.

Lincia Rosario, a celebrity anchor, terms NAC as life-changing. “When I registered for NAC, I had a simple and single-focused agenda in mind – to observe how international speakers communicate. There was no further agenda. Little did I know that NAC would be instrumental in changing me positively. Everything, from the way I talk to the person I have become, changed after NAC.”

Aashish Rego, music producer and entrepreneur, shares a similar experience. “My first NAC experience was in 2014 in Bengaluru. That event has triggered a lifetime of learning with some of the biggest international gurus in the business. I began to see opportunities which I had failed to recognise earlier. Having experienced the impact myself, the very next year, I took my team to NAC which was being held in Chennai. That saw my business grow exponentially.”

It is this kind of experience that awaits the participants of NAC 2019. Held across four cities, New Delhi, Mumbai, Bengaluru and Chennai, the National Achievers Conference 2019 seeks to give everyone an equal opportunity to steer changes in their personal life, business, finances and health by getting introduced to path-breaking and time-tested ideas and skills.

What makes National Achievers Conference 2019 a phenomenal event is that it took roots at a time when conferences weren’t as common as it is today. And, 30 years since its inception, National Achievers Conference has grown stronger, bigger and has become even more relevant. The January 2019 edition will feature talks from the world’s leading experts and internationally acclaimed speakers. (You know who they are, at least some of them.)

And, the organisation that has been instrumental in bringing the National Achievers Conference 2019 to India is Success Gyan, India’s largest organiser of seminars and a leader in the personal development training space. Success Gyan was started in 2012 with the dream of bringing world-class education to India at affordable prices and since then, they have inspired more than a million people through life-transforming international seminars.

It’s time to say hello to a new year, new dreams and new you. Register for the National Achievers Conference 2019 today.