Innovations, ideas and initiatives - the Social Stories our readers loved in 2018 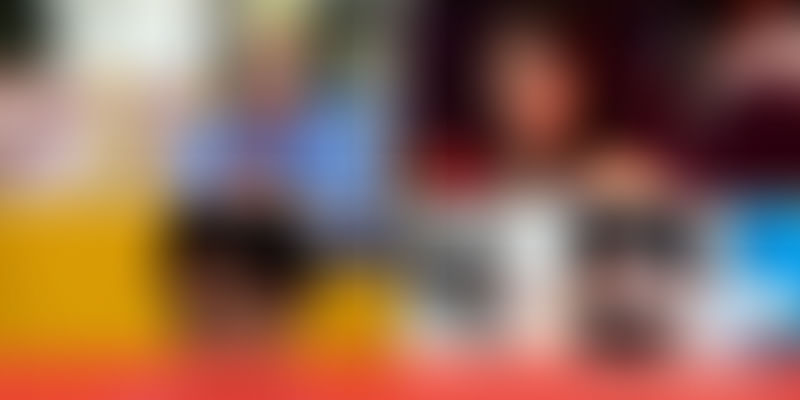 Across India, these youths chose to focus on solutions rather than problems and drove change with innovations, ideas and initiatives.

India's youths seem to have taken Mahatma Gandhi’s advice - be the change you want to see – to heart. Through 2018, the one common theme that stood out in the stories that grabbed eyeballs and created an impact with our readers was young change-makers.

Be it through ideas, startups, innovations, individual campaigns and initiatives, community engagement, or voluntary services, numerous youngsters chose to focus on solutions rather than problems.

From unique innovations, ideas and solutions to help in household chores to using peer-to-peer learning model in schools and taking cancer screening medical camps to rural India, the nation’s youth are becoming harbingers of change. We list a few stories that inspired us this year and will continue to provide inspiration in the New Year.

No point crying over spilt milk, but there could be some when spilt juice is involved. To avoid getting an earful from his mother over some juice he spilled, 10-year-old Arman Gupta invented the “Mopping Machine”, a remote-controlled cleaning device for wet surfaces.

With detachable sponges, the machine can be customised for different surfaces — the floor, under the table, and corners. The Class 5 student become the youngest innovator to showcase his creation at Somaiya Research Innovation Incubation Design Laboratory (RIIDL’s) ‘Maker Mela’ in January this year.

India will have the world’s largest rural population by 2050, and Dr Priyanjali Datta’s Aaroogya is democratising preventive healthcare to combat breast cancer to the last mile. The team identifies a “vulnerable location” and chooses a village based on availability and access to primary healthcare facilities.

Priyanjali’s team comprises doctors and volunteers who go door to door and visit every family in a village. They speak to women about the disease, teach them breast self-examination, and also clinically examine them. The bootstrapped organisation has helped 500,000 women across Delhi-NCR region, Haryana, and North Eastern states, including West Bengal.

Mohd Sujathullah, a student at Sultan Ul Uloom College of Pharmacy, distributes free food to 1,000 people every day outside Koti Maternity Hospital and Nilofer Children’s Hospital, Hyderabad. Sujathullah wakes up early and leaves his house at around 7.30 am every morning for Koti Maternity Hospital where 300 poor patients have already queued up and are waiting for a meal.

Within 15 minutes, he, along with a volunteer or two, finishes distributing hot upma to them and proceeds to his next destination. At Nilofer Children’s Hospital, another 700 people on an average are waiting to get their breakfast. For 485 days now, this routine has become a part of his daily schedule. Irrespective of bad weather, poor health, or other reasons, he does not fail to show up at both locations every morning.

Rohim Momin, an orphan, school dropout, and the sole breadwinner of his family, migrated to Delhi from his village in Malda, West Bengal, and joined the construction labour force. His determination to earn a better livelihood and secure his three younger sisters' future drove him to go beyond manual labour.

He sought to get skill training and refine his bricklaying capabilities and went on to represent India at the World Skills Competition in Abu Dhabi. Rohim went on to win a ‘Medallion of Excellence,’ and the fifth position. Through his work and training, Rohim hopes to spread the message that laborious work can help propel the country’s economy forward.

In today’s fast-paced, highly digitalised world, some humane ideas have ensured that stray animals – often found hurting, homeless, and overlooked - are not left behind. Let It Wag is an app that connects animal lovers and caregivers across India so that strays get the medical attention they need in real time.

“Let it Wag is like 911 for animals. The whole idea is to get all stakeholders on one platform, and simplify and improve the turnaround time for rescuing animals,” says Yash Sheth, the 27-year-old Founder of this mobile application.

Within 100 days of its launch, Yash has started seeing the change he envisioned. With over 4,000-plus users on their Android app and through volunteers, the team has helped 215 dogs, 15 cats, 3 owls, and 12 pigeons in trouble. Two puppies have been adopted, Yash says.

6. Supporting the dream of quality education in rural MP

Founded by 24-year-old social entrepreneur Abhishek Dubey, Muskaan Dreams is a unique education initiative that is currently operating in three cities of Madhya Pradesh - Gwalior, Bhopal, and Indore. The startup tries to solve the problem of insufficient teachers in rural government schools through e-learning (self-learning) classrooms for students.

The virtual classrooms allow students to easily learn anything related to their subjects. The social startup uses LED screens in order to ensure sustainability. Abhishek began teaching and mentoring 70 children on weekends in the orphanages of Gwalior with 20 volunteers before he founded Muskaan Dream Creative Foundation. In the last four years, Muskaan Dreams has reached out to over 5,000 students in rural India through different initiatives.