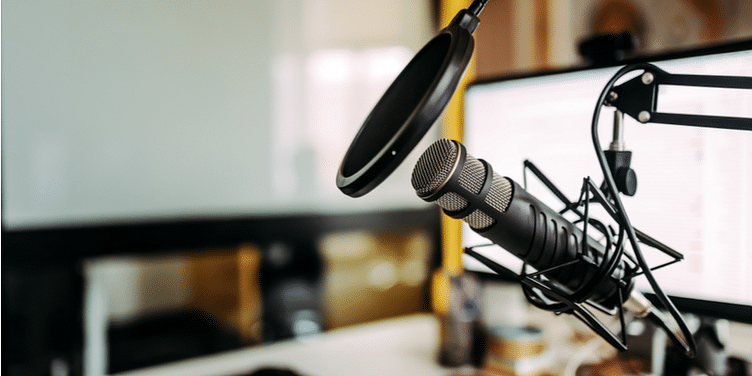 As communication becomes more content-centric, podcasts are set to become the next big thing. By 2020, the global podcast industry is projected to reach $20 billion. While the US is currently the most advanced podcast market, the medium is becoming increasingly popular in other countries, including India.

Though in its nascent stages, podcasts are gradually gaining momentum in the country as audiences increasingly seek content that is diversified, insightful, entertaining, and can be consumed as they multitask or are on the go. Podcasts, therefore, have huge growth potential in the country, supplemented by factors such as increasing digital penetration, the cost-effectiveness of smart mobile devices, content diversity and an overwhelming amount of commute time.

Industry experts predict that growth will be exponential in the next few years in India, with podcasts progressively becoming an economically viable standalone industry. Given these prospects, 2019 may prove to be a terrific year for the podcast industry in India owing to the following factors:

Technological advancements are undoubtedly reshaping every industry and vertical across the globe, and the podcast industry is no exception. By integrating modern technology tools such as Artificial Intelligence (AI), Machine Learning (ML), and the Internet of Things (IoT), the medium has become more accessible and personalised than ever before. Through a data-driven approach, technological interventions-enabled podcast platforms are augmenting user experience by offering and recommending an array of content that matches specific tastes and preferences. Such customised content is driving micro-engagement and offering ease of accessibility for consumers, thereby leading to a rapid inclusion of podcasts into the mainstream.

There is a steep steep rise in digital penetration and ownership of smart devices in the country. The country is projected to have 1 billion mobile users by 2020, with 96 percent of them being smartphone users. India presently ranks second in the list of countries that spend the most amount of time to consume content, and the rising number of smartphone users has led to a remarkable 17x increase in content consumption. This has also led to a rise in demand for passive content and podcast serves as one of the most effective mediums of the same. Therefore, the podcast industry in India is expected to grow in conjunction, with an increase in smartphone user base.

The Indian Podcast Listener Statistics in 2018 found that among all Indians who listen to podcasts, 77 percent do so on their phones, mostly while commuting. The time taken by people to commute takes up a substantial share of their daily lives and they mostly resort to music and e-books for entertainment due to a lack of alternatives. As the content available on podcasts becomes more accessible and diversified, the medium is being pursued by Indian audiences with great enthusiasm, with experts predicting it will pose a strong challenge to music consumption in the next few years.

India is known for its diversity of languages and culture. According to a study by KPMG in India and Google titled ‘Indian Languages—Defining India’s Internet’, the Indian language internet user base grew at an exponential CAGR of 41 percent between 2011 and 2016. Furthermore, it has been estimated that nine out of 10 Indian internet users will access the internet using a regional language in the next five years.

Podcasts as a medium have tapped into this robustly-growing segment. Although podcasts initially began with a focus on English language content, they now have a regional appeal with content in Indian languages such as Hindi, Telugu, Marathi, Tamil, Punjabi, Bengali, Assamese, Rajasthani and Bhojpuri, among others. Furthermore, the content available through podcasts caters to every age group and every mood—from mythological series and bhajans that appeal to senior citizens, to insightful and inspirational series for millennials, and fun stories and poems for children. Be it news, sports, entertainment, music, politics, skillsets, or even a general take on life—the content offered by podcasts has limitless possibilities. Therefore, podcasts are increasingly gaining traction as a medium for everyone with diversified content for the dynamically evolving demographics.

A thriving platform to create and consume

One of the major hindrances in the growth of the podcast industry is the perception towards this medium. Consumers often perceive podcasts as intellectual content consumed by an elite segment of audiences while creators assume there is a lengthy technical aspect to the podcasting process requiring a lot of insight, experience, equipment and capital.

On the contrary, podcasts are very native to Indian audiences and can be created by anyone who has good oratory skills and good knowledge about their topic. Podcasts are thus emerging as a flourishing platform to showcase the talent and to reach out to audiences among Indians.

For a nation that has witnessed generations grow up with radio, audio content naturally strikes a chord. Moreover, since radio is now widely criticised for its excessive reliance on advertisements and Bollywood, and indistinguishable content across all channels, podcasts serve as a fresh take on the medium.

Podcasts offer a wide variety of content with the least amount of clutter when compared to other forms of media. Advertisements take over a substantial share of the radio show runtime, making it less likeable to audiences who tend to switch channels immediately. On the other hand, podcasts plug the content of advertisements into the content flow seamlessly, thereby keeping the user engaged. Therefore, equipped with engaging content and seamless incorporation of advertisements, podcasts offer the nostalgia of radio with an enriched listening experience.