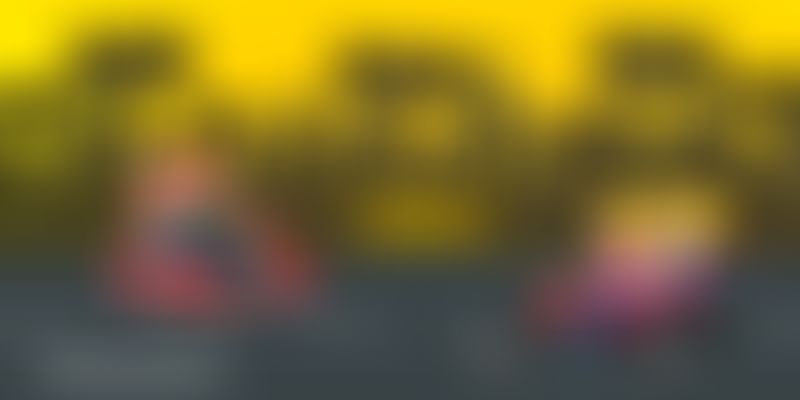 Rapido works like any other taxi-booking app. To book a ride, users have to sign up and enter pickup and destination points. At present, it operates in 16 cities.

Rapido was one of the pioneers of India’s bike-taxi sector at a time when most state governments were not open to the idea of bike-sharing for intra-city travel. In early 2017, however, the central government requested all state governments to legalise bike-taxis, thus popularising it and other such services.

In the three years since its launch, Rapido has recorded two million app downloads on iOS and Android and is operational in 16 cities from metros (Bengaluru, Gurugram, Hyderabad, etc.) to small towns (Mysore, Patna, Madurai, Indore, etc.). It has 5,000 daily drivers and 10,000 monthly drivers or “captains”, including women. Anyone with a two-wheeler license, a bike above 100 cc (any model introduced after 2004), a vehicle registration certificate, and bike insurance can register themselves as a Rapido Captain.

A bike-taxi ride is 40-50 percent cheaper than a normal cab ride, it claims. All types of bikes – scooters, motorcycles, e-bikes - are available on the platform. To ensure safety and hygiene, both Rapido Captains and pillion riders are given helmets, shower caps, and even raincoats.

On the commuter-side, Rapido works like any other taxi-booking app. To book a ride, users have to sign up and enter pickup and destination points. Once the booking is confirmed, the name, photo, and bike number of the Captain is shared with them. Commuters can book Rapido rides between 6 am and midnight. The base fare is Rs 15, and for every additional km, Rs 3 is charged.

Last October, Rapido launched special features for the visually-challenged. It says nearly 80-100 visually-challenged people use the app “every day at different places to reach their destinations”. Hence, the new features are aimed at “making their travels more comfortable”.

Visually-challenged users can now activate the app using their voice. The voice command is then converted to text for selecting pickup and destination locations. “Usually, visually-challenged people have fixed destinations, like home and workplace. The Rapido Captains mostly pick them up or drop at these destinations every day,” it explains.

To ensure the safety of women riders, Rapido has included an in-app SOS button which is linked to Rapido emergency response team, and a number masking feature that is "activated intelligently".

Here are quick steps to get started on the app.

Select Language: The app is available in English, Hindi, Kannada, Tamil and Telugu.

Create a log-in: Rapido has partnered with Truecaller to enable auto-registration for users. This can, however, be bypassed, and users can login with any other number.

Ride insurance: The company insures every ride by default. To avail insurance for personal accidents, hospitalisation due to injuries, daily allowance for hospitalisation, you have to fill up additional details.

Choose location: Select pick-up and drop points. Make sure GPS is on.

On Settings, you can even add your ‘favourite’ addresses.

Link wallet: Rapido accepts cash as well as e-wallet payments. Paytm, Mobikwik and Freecharge are accepted. You can even top up your Rapido Wallet a la Ola Money.

To become a Rapido Captain, you have to download a separate app.

Rapido is one of the top 10 apps in Google Play Store’s ‘Maps & Navigation’ category. It claims that it receives three million ride requests every month. If you live and work in one of the 16 cities serviced by the bike-taxi company, this app is worth a shot.

One, it is convenient and cost-effective. Two, a bike-ride is usually quicker than a cab-ride given India’s woeful city traffic, especially during rush hour. Three, the company adheres to safety and security standards for both riders and commuters and has also taken adequate measures to avoid untoward incidents concerning women. Four, every ride is insured. And finally, the app is free and easy to use.

One turn-off in the app is it requests permissions to make calls and send messages at the time of login. If you deny permissions, the app does not let you in. While Rapido says this is for "security reasons", privacy-conscious users will find this problematic.

Also, the Truecaller integration could serve as an entry barrier. While Rapido allows you to opt out of it and go ahead with a regular mobile number/OTP verification, it adds more steps to the login process. You have to de-select the Truecaller option, select another mobile number, manually enter the number, enter OTP, and then get verified. Surprisingly, even though Rapido asks you to enter "another" mobile number - meaning the one you do not use on Truecaller - it is possible to login with the same number. This could be misleading for some users.

Some users have even complained that Rapido Captains ask about drop locations and often end up cancelling rides. This, however, is a problem endemic to the ride-hailing sector, and not specific. There is also surge pricing - another industry-wide concern.

But, if you woke up late today and have to dash to office through the traffic, how about a rapid-o ride?