Behind closed doors: Inside the billion-dollar divorce settlements of business owners 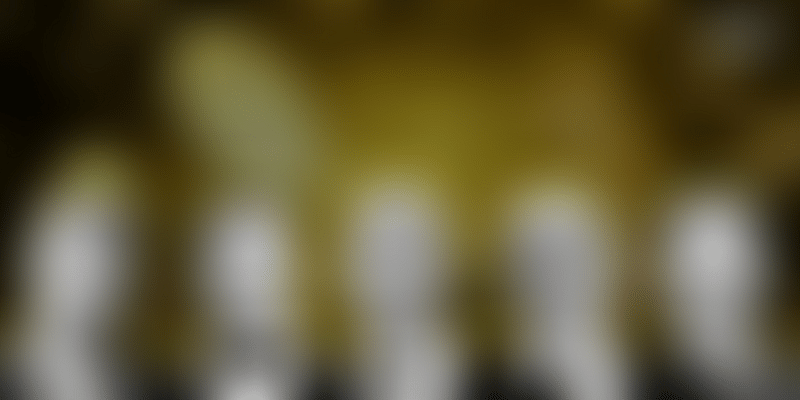 For business leaders and successful entrepreneurs, marriages and personal relationships are more closely intertwined with the boardroom than one can imagine. Even the tiniest hint of a fallout can have huge implications on their professional lives, and of course, public image. The recent news of Amazon Founder and CEO Jeff Bezos and his wife MacKenzie Bezos’ impending divorce sparked a similar furore.

For days, the media and social media alike have been speculating about the impact of the couple’s divorce on the wealth and fortune of the richest man on the planet - Jeff Bezos, and on the shares of Amazon, which is one of the most valuable companies worldwide. But Bezos is certainly not the first CEO in the world to have caused such a frenzy over his marital issues. And surely, he won’t be the last.

The buzz is that the impending legal separation of Jeff and MacKenzie will proceed sans drama and without affecting the market value of the $800 billion ecommerce behemoth. However, the same cannot be said for some other business owners, whose marital woes were all out there - with quite a bit of drama.

Better known to the world as the boss of SpaceX and Tesla, Elon Musk’s personal life has been constant fodder for headlines. He first made news in 2008 when he divorced his first wife Justine Musk. While the financial terms of the settlement were allegedly finalised outside the court and the couple gained joint custody of their five children, it was a messy divorce. Both Elon and Justine opened up about their marital problems publicly.

“Justine wrote in the Times as though there has been no negotiation or settlement process, which is absolutely untrue,” the serial tech entrepreneur penned at the time, referring to a very personal column written by his then-wife. He then went on to detail the monetary aspects of their settlement in the face of rumours and wild speculations about his financial status.

After Justine, Elon married again. Sadly, his marriage with British actor Talulah Riley was also short-lived, ending in a divorce that reportedly cost him more than $20 million in a settlement.

Romantic scandals and the Silicon Valley are quite familiar with each other. Back in 2013-2014, the upper echelon of Google was buzzing with gossip about the divorce of Co-founder Sergey Brin. After eight years of marriage with Anne Wojcicki, who is the founder of 23andMe, the two were all set to go separate ways. The couple’s legal split was handled without much noise, all thanks to a pre-nuptial agreement, and a settlement was also finalised.

Although the amount was not disclosed, one can make an educated guess. At the time, Brin’s net worth was estimated around $30 billion. The seamless separation was, however, preceded by whirlwind gossip. Mostly about Brin’s alleged relationship with Google Glass marketing manager Amanda Rosenberg, a liaison that was seemingly more personal than professional.

Being married to a media tycoon is not a cakewalk and Anna Murdoch Mann – just Anna Mann now – testified to this, when she opened up about divorcing Rupert Murdoch. The couple had been married for nearly 32 years before calling it quits in 1999, sparking a storm of reports over the legalities and financial details of the settlement.

Dubbed the costliest divorce at the time, Murdoch’s legal separation from Anna reportedly cost a whopping $1.7 billion. Although, many subsequent reports have contested this amount, claiming that Murdoch won’t pay such an exorbitant sum to get divorced (and marry again – his wedding to Wendi Deng ensued just weeks later).

By the time, Irina’s marriage to billionaire football club owner of Chelsea came to an end, British media reports were claiming that Roman Abramovich had been “hoodwinked”. However, the charges did not see many follow-ups, thanks to a well-guarded settlement.

It was reported that Irina settled for much less - an estimated $300 million of the suggested settlement of $5.5 billion. The figures were nothing less than outrageous but considering that the Russian businessman has a massive fortune of around $18.7 billion, it was just a drop in the ocean.

Rising to prominence with the corporate takeover of cosmetics company Revlon, Ron Perelman has witnessed many ups and downs – one among them being his divorce from his fourth wife and Hollywood actor Ellen Barkin. The split was especially ugly because of the close ties between their personal lives and business.

Amid a few miscalculated business moves and a series of lawsuits and counter lawsuits, the couple parted ways after six years of marriage. News of their divorce had surfaced as early as 2006, but the matter wasn’t settled until much later, after a long-drawn dispute, in 2011. The settlement reportedly cost Perelman a whopping $20 million.