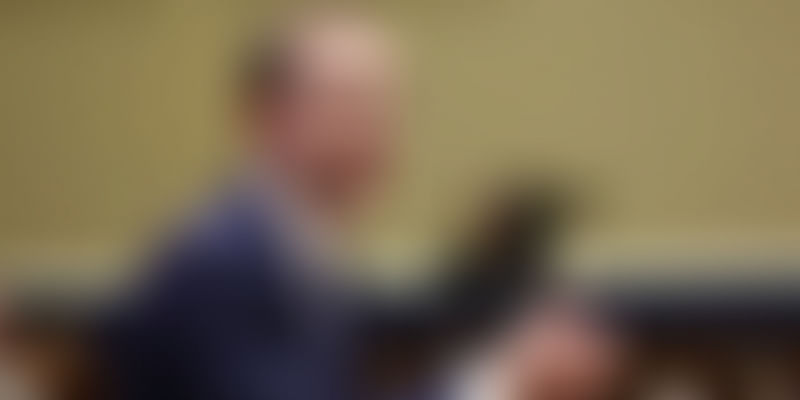 For more than a year now, Facebook is facing flak over user data privacy and security, which blew over after the Cambridge Analytica issue. However, its founder and CEO Mark Zuckerberg is emphatic that it does not sell people's data.

In the past one year, Facebook founder and CEO chief Mark Zuckerberg has had to defend his company against various allegations, especially in the light of the Cambridge Analytica scandal.

This time, Zuckerberg has taken a different route altogether, to come forward and explain the Facebook business model. In a column in The Wall Street Journal, Zuckerberg clarified that Facebook does not sell people's data.

Sharing the column in a Facebook post, Zuckerberg wrote, "I get a lot of questions about Facebook’s business model. People consistently tell us that if they’re going to see ads, they want them to be relevant. That means we need to understand their interests. So based on what pages people like, what they click on, and other signals, we create categories - for example, people who like pages about gardening and live in Spain - and then charge advertisers to show ads to that category," he explained.

He also explained that users have control over what information Facebook uses to show ads, as they can block any advertiser from reaching them. Facebook has a feature, which users can use to find out why they are seeing an ad and they can also change the preferences to get ads. "You can use our transparency tools to see every different ad an advertiser is showing to anyone else," he said.

For those concerned about the complexity of this model, Zuckerberg highlighted that in an ordinary transaction, you pay a company for a product or service it provides. Here you get our services for free - and "we work separately with advertisers to show you relevant ad."

"This model can feel opaque, and we’re all distrustful of systems we don’t understand. Sometimes this means people assume we do things that we don’t do. For example, we don’t sell people’s data, even though it’s often reported that we do. In fact, selling people’s information to advertisers would be counter to our business interests, because it would reduce the unique value of our service to advertisers. We have a strong incentive to protect people’s information from being accessed by anyone else," he wrote.

Facebook is often criticised that it gives incentives to increase engagement, even if it’s not in people’s best interests, and that it keeps harmful or divisive content up because it drives engagement.

Denying this, Zuckerberg said that the only reason that the bad content remains is that the people and artificial-intelligence systems Facebook uses to review it are not perfect - "not because we have an incentive to ignore it. Our systems are still evolving and improving."

On the flak Facebook's advertising model has received that it lets it use and store more information than the company should, Zuckerberg said, "there’s no question that we collect some information for ads - but that information is generally important for security and operating our services as well. For example, companies often put code in their apps and websites so when a person checks out an item, they later send a reminder to complete the purchase. But this type of signal can also be important for detecting fraud or fake accounts."

"We give people complete control over whether we use this information for ads, but we don’t let them control how we use it for security or operating our services. And when we asked people for permission to use this information to improve their ads as part of our compliance with the European Union’s General Data Protection Regulation, the vast majority agreed because they prefer more relevant ads," he clarified in the opinion piece.