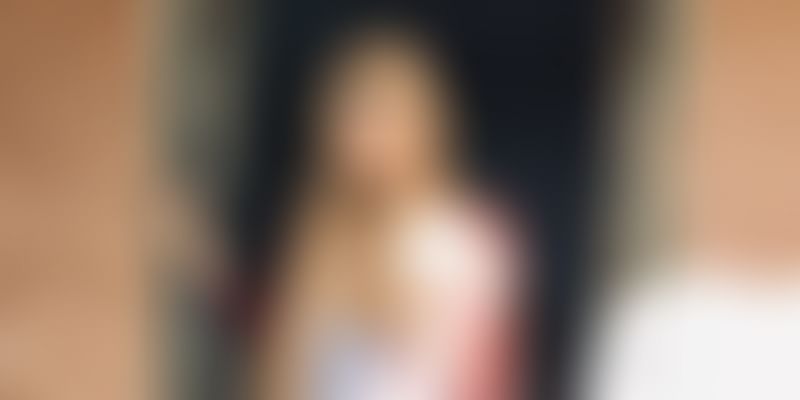 Maliha Abbas Abidi’s book, 'Pakistan for Women', is all about courageous women who fought against the status quo and paved the way for others to dream big.

As a writer, your challenge lies in aptly capturing someone else’s story while still staying true to your words. So one can only imagine the pressure and responsibility of telling the stories of women from a third-world country and providing a nuanced picture of their struggles as well as their accomplishments in the backdrop of great personal and political struggles.

This was the mandate that Maliha Abbas Abidi, a 23-year-old artist hailing from Pakistan, had when she was writing her first book – Pakistan for Women - in February. It tells the stories of women who have achieved something extraordinary – from the youngest recipient of Nobel Peace Prize, Malala Yousafzai, to pop singer Nazia Hassan (of the original Disco Deewane fame) and the legendary playback singer Noor Jehan. Maliha claims that this book is the first of its kind in Pakistan.

“Pakistan is often viewed as a poor country with little potential. But being a Pakistani myself I know the talent it holds, the passion it has, and what people here are capable of. Women in Pakistan, like women in many other countries, face some challenges that we need to address and then solve. This book shows women of Pakistan who are achievers - leaders, writers, scientists, you name it,” Maliha says.

Maliha’s story is interesting in itself – a journey from Pakistan to the UK, where she currently lives, and all the experiences that came along from being a writer, artist, and student all at once.

An only child, Maliha was raised in Sindh by her father and his family. “Even when I was a child, my father, grandparents, uncles, and aunts asked for my opinion to make me think over things. That gave me a sense of responsibility,” she says.

Maliha has dedicated the book to her grandmother. “She was the strongest woman I have known. Cancer took her, but she was always smiling. She told me stories of women around her, and how I can be a better version of myself,” Maliha remembers.

They say behind every successful man is a woman. In Maliha’s case, she says, her father is the reason why she is a feminist. “My father is a very hard working, creative, and self-made man. He is my inspiration. Seeing him pave his own way while taking such amazing care of me has influenced my thought process a lot,” she says.

Maliha believes that she inherited her writing skills from her grandfather who used to write poems in Urdu and Hindi. Her husband, who is a chartered accountant, helps her with art and writing.

“He was not interested in art earlier. But he helps me become a better artist by critiquing my work. When we first moved into our current home, he set up my art studio. He follows up with me on any piece I am working on, especially when I am working on a big project, which can sometimes overwhelm me,” she says fondly.

Maliha, 23, is currently a masters student of Neuroscience at the University of Sussex, UK. “The subject attracted me because I wanted to understand why victims and abusers do things a certain way, and how I can help them by understanding it,” she says. Maliha hopes to form an organisation where women can access free seminars, therapy, art workshops etc., to build their confidence.

As an artist, although she has had no formal training, she has honed her skills beautifully (pictures below). Subjects like mental health, sexual harassment, and women rights are often highlighted in her work. “My art has shown me my path. I create women’s portraits to stand up for women empowerment,” she adds. All the illustrations in her book have been done by Maliha herself.

On writing, she notes that her biggest challenge was being true to the words. “Each story in my book is unique. So I could not just follow a pattern. It was almost like a spiritual commitment I made to these women and their stories as a writer.”

Why Maliha wrote this book

Maliha has the highest respect for women who overcome challenges to achieve something – especially those from third-world countries, who are restricted and helpless, and yet have achieved something with their hard work.

She recollects her experience during the research for the book:

“I found myself crying when I personally interviewed some of the women in my book because their struggles were real. Some of them lost everything and rose from the ashes like a phoenix. One amazing girl told me how when she lost her father, people treated her differently. I thought about it for days; I couldn’t even imagine her pain.”

But Maliha’s book is about celebration. “I feel immensely proud to be associated with Pakistan. As a Pakistani woman, I feel incredibly proud of the journey of women who have accomplished so much in various fields.” Her book includes profiles of women as diverse as Veeru Kohli, a 55-year-old activist fighting bonded labour, and Samina Baig, the first Pakistani woman to climb Mount Everest.

Shedding a new light on Pakistan

Maliha hopes that her book will make the world see Pakistan in a new light, and also make the people of Pakistan believe in their potential. “Some people, without even trying, dismiss the idea of achieving their goals. They think that people living in America or the UK achieve something because they are in a better country and have more resources.”

And then there is the way the society brings down its women. Maliha states that the bar is set low for girls in a country like Pakistan. “They are often discouraged from pursuing what they want in life. They are encouraged to study in limited number of fields just so that they find a good marriage proposal. I know this book will give hope to little girls that if these women can achieve their goals through hard work and dedication, so can they,” she says.

Maliha has two more books coming up – one focusing on Indian women, as well as highlighting women from Bangladesh, Pakistan, Srilanka and some other South Asian countries.

Maliha considers herself half Indian. Although her grandparents moved to Pakistan after Partition, the family had regular contact with relatives in India. “My dad was born in India in the early 1960s and moved to Pakistan only in his teens. I have had constant influence on my personal life from India.”

India and Pakistan may have a frictional relationship, but for Maliha, the endless similarities in the culture between the countries and the diversity in India catch her attention. Stories from her family about India have made her love the country. Just like celebrating women of Pakistan through her art and writing, Maliha hopes to contribute to the women’s community in India too.

Also read: This 'Bengali aunty' makes a mean Machher Jhol while singing her way into your heart and stomach