From Raichur to Bhilwara, how Mimo is bridging the last mile for businesses trying to conquer Bharat 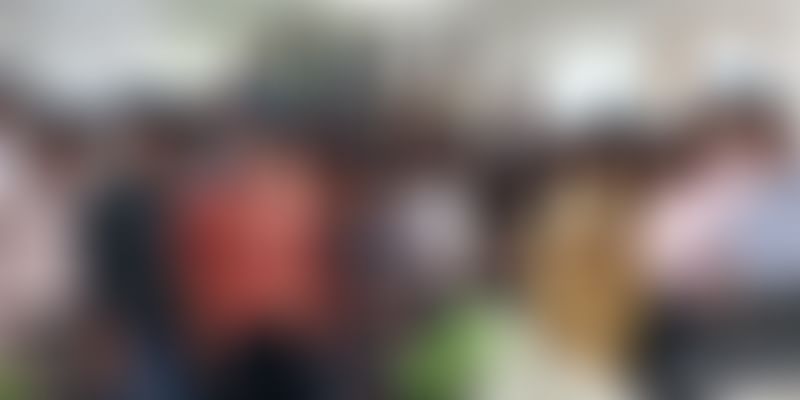 There is one bastion every ecommerce firm, financial institution, content platform, or delivery company wants to conquer: India's next 500 million internet users. Affordable smartphones and cheap data plans may have made the internet a reality for the masses, but on-ground realities and challenges make it tough for businesses to deliver to and engage with customers in semi-urban and rural India.

It was to change this landscape that Lathika Regunathan started Mimo Technologies in 2017. The Delhi-based startup helps telecom operators, NBFCs, banks, insurance companies, logistics and distribution firms, and ecommerce companies take their products to “Bharat” by solving the core problem that most of them face in rural regions: reaching the last mile.

What does Mimo do?

So how does Mimo Technologies do that? Well, the startup trains local agents on the ground, who know the area or region very well, and can help on-board local consumers. These agents close the last-mile gap not just in sales, but also in distribution and delivery. Mimo claims to have Ratnakar Bank, Aditya Birla Finance, Hero Fincorp, ShoeConnect, Myntra, Cars24, and NBFCs like Chaitanya Micro Finance on its client list.

Citing an example of how they work on the ground for a retail client, Lathika gives the example of ShoeKonnect, a company that wanted to market their shoes across India. With Mimo's help, ShoeKonnect was able to create an awareness about the brand, understand the market, and reach retailers in small towns in late 2017 and early 2018.

Lathika says Mimo’s agents were able to go to every retailer in a small village in Haryana, talk about ShoeKonnect, show the product range, take pictures of existing retailers and their outlets, and gather all the necessary data. “So ShoeKonnect now has a database today of every retailer they work with, small or big. They have the numbers, pictures of stock, and which road they are on. They know where to concentrate now for effective marketing,” Lathika explains.

ShoeKonnect was one example in the retail space. Currently, with the government's push towards banking the unbanked, Mimo also works to help banks, NBFCs, and financial institutions on-board customers and clients.

However, banking isn’t easy for someone who earns Rs 4,000-5,000 per month and lives in rural or small-town India. It begins with travelling long distances to get to the bank, discovering the procedures involved, getting the right KYC and documentation  and then bearing the actual cost of banking.

As Lathika points out,

“When you are talking about banking the unbanked, it means you need to be present on ground and handhold the user on a daily basis.”

How does Mimo help? The app – available in Hindi as of now - assigns a range of tasks, called micro-jobs, to on-ground agents. The agents could be anyone from school dropouts to people who don't have a job, and others who have time on their hands. Once s/he is trained over multiple areas, by Mimo trainers, they start work.

“Thanks to telcos, everybody understands the pre-paid concept now. It’s easy for them to understand what pre-payment is, and they begin by working on simple tasks - paying people’s electricity or phone bills,” Lathika says.

The logistics of the tasks

The agents get paid a certain amount for each task. If they don’t have a bank account, they can use a pre-paid wallet where the money is deposited. Lathika explains the rationale by saying,

“We felt that if people started earning on mobiles, teaching them digital financial services would be very easy. Then, your mobile becomes your de-facto bank account. They would learn to save on the mobile, because it has a very personal connection and everyone now has one.”

Over time, the agents move up the value chain to carry out more complex tasks such as filling out surveys and marketing forms. They then need to attach photos and submit these forms to complete the assignment.

The toughest task is form-filling, for there are often a multitude of forms to be filled out to ensure certain kinds of registrations and applications. The agent is basically collecting data and digitising at source, so there's no scope for errors. Let's say that a bank wants to use forms to collect information on loans they are giving out, or needs some documentation collected. It calls in Mimo's agents who scan the documentation, turn it into an attachment and over the phone, send it to the bank's central office.

The agent gets Rs 4 for completing a basic task. But as s/he moves up the value chain to forms, which take about 45 minutes each to fill, s/he could earn up to Rs 200. What does Mimo get out of this? It charges its clients Rs 10 per form. It is clearly a game of scale. It is also helping rural Indians earn more. According to Lathika,

Currently, only a few agents are able to make that amount; these are the ones who take on the tougher tasks. The current average monthly earnings average between Rs 25,000 and Rs 30,000.

“Then comes order fulfilment, which is like logistics. The last is demand generation. We think it will happen automatically but it is in process right now,” Lathika says.

With ecommerce companies, Mimo is primarily looking at delivery and order fulfilment in rural areas. Mimo, which did a pilot with online fashion retailer Myntra a few months ago, claims to have over 7,000 on-ground agents at this time. Lathika says the 70-member team can sustain work for 2,500 to 3,000 people on the system on a regular basis.

For most of ecommerce companies, making deliveries beyond a certain radius using their own delivery boys is a challenge. Often, they cannot even find the right people. In such cases, Mimo helps provide onground agents who pick up the product at a central hub in the region and then deliver the same to the end consumer.

The main challenge is to get the agents to understand the quality of delivery. It is critical to train them well, explain how important timelines are, how to quantify and make the work relative to every form (and not copy-paste). The initial training period is three hours every day for the first three months.

“Order fulfilment is a little more challenging because it comes later in the evolutionary line. It is one job where you have to do two things - picking and dropping of a package, and people are often lazy about it. They don't understand the importance of timing.”

Conquering the next billion

“Companies are increasingly looking towards rural India as it is a source of untapped and unlimited business opportunities. Yet, there are numerous challenges in tapping this market and reach is minimum. Mimo has the potential to deliver right into the interiors, and, with our support, we believe they will provide companies the opportunity to take their products and services as far beyond as possible. Mimo is the ideal platform for expanding the benefits of financial inclusion to rural India as well.”

Today, a new breed of ecommerce startups, from ShopX, LaYuva, Meesho, Shopmatic, Shyplite, Shop101, and GlowRoad, to Ezmall Zepo, Kartrocket, and Shopify, are helping small sellers ride India’s ecommerce wave by providing them with the back-end solutions they need without starting from scratch. Bengaluru-based Playment is crowdsourcing catalogue operations. Clearly, everyone has an eye on this market.

The government's push towards digitisation, Jan Dhan, and demonetisation have also led India to realise the benefits of going digital.

“More than anything else, it’s aspirational. The phone becomes the companion; you don’t need anything else - that is exciting. We need more people to join the business. Across verticals, the next thing we want to focus on is distribution. We are reaching a point where agents can pick up small (batch of) stock and take it to the retailer or distributor,” Lathika says.