If trivia is your jam, quiz app Qureka rewards you to stay ahead of the game 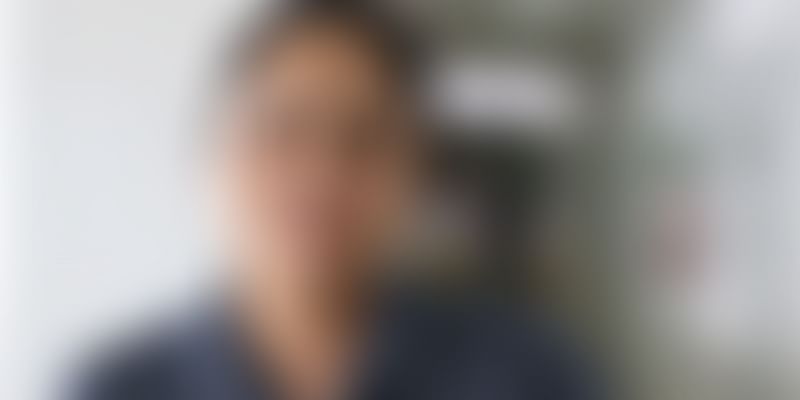 The Gurugram-based startup has notched up 4 million downloads in 10 months and has exciting plans to capture the wider smartphone user market in India.

Imagine earning Rs 20,000 by playing a quiz on a smartphone every day. You not only get to flex your brains muscles on a regular basis, but also can make some money in the process.

Seeing the emergence and success of a host of gaming apps in India, and being gaming enthusiasts themselves, Shalini Tewari and Kumar Apurva started Querka in early 2018 in Gurugram. With 2.5 million downloads so far, the gaming startup has grown from a 10-member team to a 50-member team at present.

He points out that a majority of the gaming formats increase engagement and reduce boredom but are unable to lure customers into coming back for more. Qureka, he says, has been designed as a platform to engage users by testing their knowledge and adding enough value to have them coming back for more.

Kumar and Shalini, both hailing from small towns, are backed by two decades of experience each in the corporate world. Kumar was always sure that he wanted to build something on his own.

“The thought and the process of creating something end to end excited me,” he adds.

A major portion of his experience was at Planet M, the music retail arm of the Times group, after which he worked in advertising for a while. In 2014, he set up Taskbucks, a micro-tasks marketplace that was later acquired by Times Internet for $15 million. It was in 2017 that he started exploring the gaming industry.

In 2014, Shalini started up and sold her company, ViralShots, to Times Internet too. This is how she met Kumar, and the duo discovered their shared love for gaming. They set up Qureka in March 2018.

An old game for the new generation

Qureka started off with a simple quiz format to make quizzes relevant to the changing times. Quizzes have been around for several years, but Qureka integrated the best elements of winning with gamification, seamless engineering and user-friendly formats that ensured product stickiness.

It has diverse categories, ranging from ‘Back-to-School Years’, to current happenings on a particular subject. Qureka has also introduced memory-enhancing and cognitive ability-refining games that eliminate the literacy barrier, and can be enjoyed by a wider spectrum of audience. .

At present, there are 13 live quizzes in a day with diverse categories, and Qureka has recently introduced the concept of virtual currency coins.

“We also added Cricket Prediction Quiz and are observing massive updates and increased activities from the same user base,” says Shalini.

The company has three lakh daily active users spending over 8-10 minutes on the app. Users who win the quizzes split the the pool prize money equally.

“Our growth till date is completely organic and is dedicated to our multifaceted format. The team has been able utilise the growth of a booming industry without marketing spends,” says Kumar.

The duo’s idea also attracted Arush Tyagi and Sachin Garg, two co-founding team members, who head Product and Technology, respectively. They have been with them since inception. Both have over 10 years’ experience in the IT industry.

Qureka focuses on capturing growth organically, without dedicated marketing spends, based on user base, behaviour and engagement patterns. It uses data to reach out to the relevant audience. For example, a person who has won many quizzes in a month is the most relevant audience for their monthly Mega Quiz where the prize money is over Rs 1 lakh. Acing the normal quizzes can earn your Rs 20,000.

In terms of revenue and monetisation, Qureka has started testing programmatic ads using Facebook and Google. “This has shown encouraging results so far. We are also looking at branding and sponsorship associations,” Kumar adds.

A paid and subscription-based model, called Qureka Pro, is also in the works.

Most gaming companies are in the pre-revenue stage, and so is Qureka. Clocking revenues from October 2018, the founders say that the company will do Rs 20 crore in the coming year.

They have raised a strategic seed round from Times Internet, the digital wing of The Times Group.

[Also read: Startups that made it big in the Indian mobile gaming industry]

India is a large Android market, and eMarketer had predicted that 337 million people, or more than a quarter of the population, will use a smartphone in India in 2018. In five years, the Indian market will have 700 million smartphones. The number of smartphone users in India will grow by close to 16 percent this year—the highest growth rate of any country in the world, states eMarketer. This uptick is thanks to the growth in smartphone usage in urban areas, where affordable smartphones are becoming widely available.

“We plan to leverage the internet and smartphones boom and pave way towards the small and interior regions of the country,” Shalini says.

The market is huge, and Qureka knows it. The gaming startup now wants to focus on the next 300 million customers who will be using apps that support Telugu, Kannada, Tamil, and Hindi to enjoy the digital revolution.

[Also read: This Patna boy made the right moves to be crowned Ludo King]