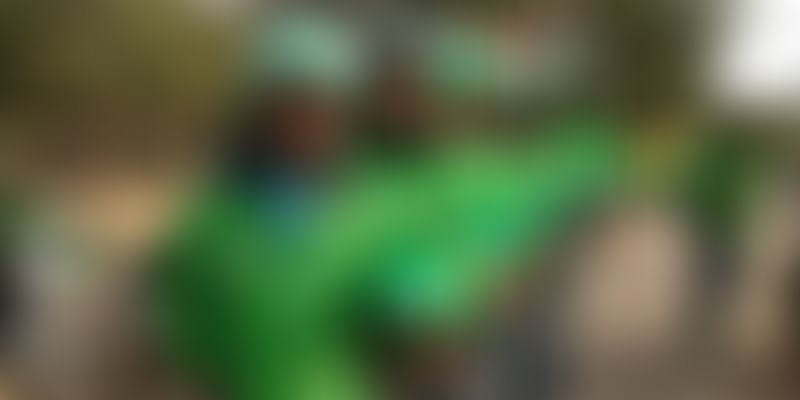 Rapido will use the fresh infusion of funds to strengthen its market position and expand across all major cities of India.

The funds will be used to strengthen its position in the market and expand across all major cities of India. Now present in 16 cities, Rapido is looking to touch 25 cities by the end of the year.

The team currently claims to do close to 2.5 million ride orders a month and intends to touch 20 million by the end of this year. Rapido claims to have strict checks to ensure best in class safety standards. As a part of the standard check, a rider has to complete a comprehensive test ride, and get his vehicle tested while accomplishing mandatory training and certification.

Rapido also monitors the speed for each ride, prompting the rider in case of over speeding. It also have an emergency SOS button installed within the app.

Founded in 2015 by Rishikesh SR, Pavan Guntupalli and Aravind Sanka, Rapido is targeted at crores of commuters who seek affordable and swift transport options.

Talking about the fresh round of funding Aravind Sanka Co-founder, Rapido, said in a press statement, "Close to 65 percent of our users use Rapido as a daily commute option.We are tapping into daily commutes which are 80 percent of the overall rides in the country. This opportunity isn't limited to top 10 markets but goes beyond more than 100 cities."

Jeffrey Yam, Rapido's investor from Integrated Capital said in a press statement, ''India's ride-sharing is beyond four-wheelers and we see two-wheeler ride-sharing is unlocking new customer base in India by bringing convenience at an affordable price. The ability to understand and create a product for the next billion coupled with strong tech-led operations has set Rapido apart in this market.''

In the three years since its launch, Rapido has recorded two million app downloads on iOS and Android and is operational in 16 cities from metros (Bengaluru, Gurugram, Hyderabad, etc.) to small towns (Mysuru, Patna, Madurai, Indore, etc.). It has 5,000 daily drivers and 10,000 monthly drivers or “captains”, including women.

Anyone with a two-wheeler licence, a bike, a vehicle registration certificate, and bike insurance can register themselves as a Rapido Captain. Besides offering doorstep pickup and drop services, Rapido cuts down on daily travel expenses, saves energy, and helps reduce the carbon footprint. Available on Android and iOS, the app can be accessed in multiple languages like Kannada, Telugu, Tamil, Hindi, and English.

Bike-taxi services have been getting a lot of investor love. Earlier this week Bounce raised a funding of almost Rs 50 crore in a round led by Sequoia India, Chiratae Ventures, Accel India, and ON Mauritius. Vogo, another scooter raised $100 million funding led by Ola.

Two years back, Uber had launched uberMOTO in Hyderabad and in Chandigarh. A study by AlphaBeta Analytics suggests that globally, Uber users save 38 percent time with uberMOTO and nine to 18 percent with uberX compared to modes of transportation available earlier.