Travelling smart: why millennials are opting for smarter mobility options 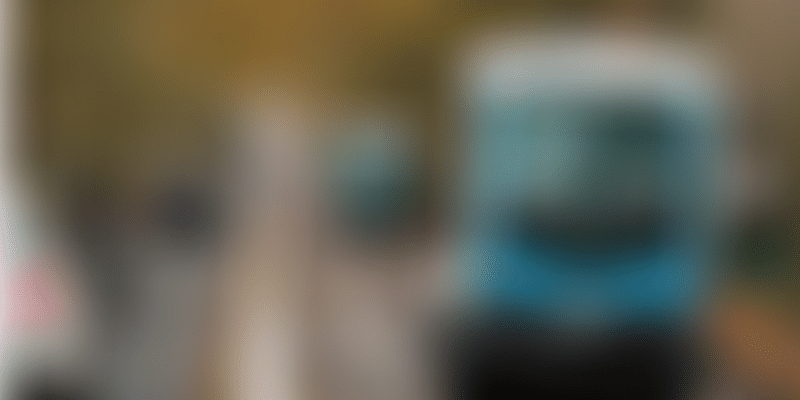 Tired of being stuck in traffic, driving on congested and unsafe roads, and incessant pollution, millennials are increasingly opting for smarter vehicles and transportation frameworks.

If there is one word that defines the post-2000 generations, it would have to be “smart”. From smartphones to almost every other device and its “smarter” variant, the word has come to define products, services, and ideas that have reached a certain level of perfection in terms of utility, design and performance. The millennial generation prefers everything that is quick, cost-effective, and sustainable over the long term. That is why the adjective “smart” is spilling over from describing hi-tech gadgets to summarising the transformation happening in conventional domains such as transportation.

Travel and transport is the leading contributor to pollution in the world, and in need of serious reform, both in terms of efficiency and sustainability. Millennials all over the world are leading the charge in initiating such a reform. Tired of being stuck in traffic, driving on congested and unsafe roads, and the incessant pollution caused by ineffective, archaic transportation systems, they are increasingly opting for smarter vehicles and transportation frameworks. The very fact that road traffic, apart from slowing down a generation that likes to move swiftly, also contributes around 80 per cent of transport CO2 and is expected to reach 9,000 megatons per year by 2030, makes the current generation opt for “smarter”, more sustainable mobility. E-vehicles offer a great alternative to ensure the same.

Sweating the assets: opting for optimisation

The global space crunch has led to a shift in the way we think about transport infrastructure. Instead of building additional road capacity, optimisation of existing infrastructure, called “sweating the assets”, has assumed primary importance.

Tech-focused policymakers are using cutting-edge technologies such as data analytics to identify areas where efficiency can be enhanced to bring asset infrastructure to peak performance. State-level annual intelligent mobility reports that can give a review of the specific areas, metrics and finances of transportation departments are essential to produce higher benefit-cost ratios and better utilise infrastructure.

Also, the amount of fatalities caused by conventional vehicles has been a major cause of alarm for governments all over the world. As per a 2015 World Economic Forum essay entitled Why Our Cities Need Smart Transport, it is estimated that on-road fatalities could reach a figure of 1.9 million people every year by 2020. Apart from the grief and suffering, the economic cost of such losses has been estimated at a staggering $100 billion a year in developing countries alone! The reform of urban mobility, from an efficiency, sustainability, emotional and economic angle, remains one of the biggest challenges in front of global policymakers.

Electrically mobile: the future is e-vehicles

Globally, e-vehicles are gaining solid ground as a preferred mode of transport for millennials. From Berlin to New York, young people in the most advanced cities of the world are opting for sustainable vehicles. For millennials, environmental concern is not a luxury but a priority, and no youngster wants to consciously project a “couldn’t-care-less” attitude towards nature anymore.

Closer home, government initiatives such as Make in India, FAME (Faster Adoption and Manufacturing of E-vehicles), Green Mobility Fund etc. are also aimed at wooing the environmentally aware millennial generation. Such initiatives have also given a fillip to e-vehicle manufacturers, some of whom have developed vehicles that have successfully managed to break the performance barrier that e-vehicles suffered from for so long. Now, these vehicles are giving conventional fuel-run automobiles a run for their money, and, being “green-friendly”, are emerging as the preferred option for young commuters. The arrival of detachable batteries has enhanced the convenience for users manifold as they can be charged anywhere for instance, within a house, without the need for the vehicle to be present. Detachable batteries have also given a major fillip to the development of solid charging infrastructure as malls, restaurants etc. can also serve as a charging alternative when making long journeys.

Transport is estimated to be India’s fastest growing infrastructure sector at an annual growth rate of 5.9 per cent. Add to it the fact that the future of mobility has to be connected with IoT, with smart devices and automation playing a significant part, and we have a scenario where transport feasibility, both public and private, lies only in “smart transportation”. From bicycle and e-vehicle charging stations to high-speed e-public transports, youngsters will increasingly opt for transportation solutions that save their time as well as the environment.

App reminders for arriving buses and trains, more e-charging stations, and high-speed, grid-based transportation are the future of the way we commute, and it is the only way for efficient capacity utilisation. At this point, it would be wise for stakeholders to look further into the future and upgrade to technologies that are cost-effective, optimised, and environmentally sustainable. For “smart” is the way the world likes to travel now.